Fresh from the Bureau Of Dumbshittery, from the Minister Of Inability To Judge Proportion:


(ASSTARDISTAN) Rumors about Bush (41) groping actresses in this manner have been circulating for a while. More than a year ago, a tipster passed word about the Heather Lind incident to Deadspin. We were told that Bush had, during a photo opp, groped her and told her that his favorite magician was “David Cop-a-Feel” while fondling her.

(Reached for comment, Bush spokesperson Jim McGrath provided the following statement: “At age 93, President Bush has been confined to a wheelchair for roughly five years, so his arm falls on the lower waist of people with whom he takes pictures. To try to put people at ease, the president routinely tells the same joke — and on occasion, he has patted women’s rears in what he intended to be a good-natured manner. Some have seen it as innocent; others clearly view it as inappropriate. To anyone he has offended, President Bush apologizes most sincerely.”)

To drag in a decrepit and wheelchair-bound 93 y.o. former president to run cover for a serial rapist President and a decades-long molesting misogynist Hollywood producer who performed THEIR predations in full health, at the height of their physical and metaphysical powers, and cover for the legions of enablers for same, as though there were ANY sort of equivalence or correspondence between the two, is simply beyond the realm of rational thought.

Let's call it what it is: Weinstein Derangement Syndrome.

Is it possible that a non-ambulatory WWII-veteran aircraft pilot is, in his doddering decreptitude, a manifestly innocent dirty old man?

I urge those who probably know not a single veteran in their immediate circle, to five degrees of separation, to go hang around the VFW or American Legion Post for any given Saturday night shindig, and get back to us. Or just watch Gran Torino, Grumpy Old Men, and Grumpier Old Men, then report to the class.

But for any vacuous actress to receive a fanny grope from a man so old that if he were Benjamin Franklin, he would be already nine years dead, is jackassery and Special Snowflake hyperventilating hysteria of the worst order.

Does it fall within the statutory description of "unwanted touching"? Yes.
So, by all means, Snowflake ass-shakers, run down to the District Attorney's office, and file a criminal complaint.

But you didn't do that, did you, because you knew you'd be laughed out of the f**king office, even if the District Attorney had been Gloria Allred, and the case were to be heard by Ruth Bader Ginsburg and Sonia Satanmayor.

Motive? Sure.
Opportunity? Yep, your ass was definitely within his grasp.
Means? Not so much.

What would have the police charge him with? Assault With A Dead Weapon?
FFS, the jury in the trial would come out of the box, and beat the plaintiffs about the head and shoulders all the way to the city limits.

Got a story about George Herbert Walker Bush cornering interns in the White House or Oval Office and diddling them with tobacco products anythime between 1981 and 1993?? Leaving his DNA on their dresses? Fondling himself into the potted plants in front of starlets while promising them plum roles and bounteous careers in Hollywood?
No?
NONE of that, and anything remotely similar? 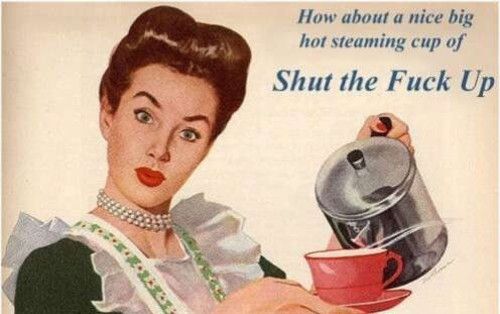 No, really, go have a vat of STFU. Then another one. If that doesn't work, try shoving a washcloth down your throat with a broomstick. If you need any help with that, call me, I'm in the book.

This nonsense also goes to proving for the 4,019th time that 99% of what gets passed off as sexual harassment is best solved by a slap on the offending hand, or a knee to the crotch.
But that's kind of hard to do on a guy in a wheelchair, (let alone one with Secret Service protection) whereas the local yellow press is on speed dial for wannabe starlets needing a career, let alone a career boost, or some quick Democrat slush fund cash to tide them over before they fully make the jump into the escort business.

But hey, you've slimed a former president in his dodderage, a guy who lost crew members in combat, got shot down by the Japs defending this country fifty years before you were born, ran the CIA, ran for President three times without so much as a whiff of scandal, got elected to the job once, masterminded the shortest and most bloodless war (for us) in U.S. history, and in between raised two governors and one subsequent President of the US, the first guy to pull off that family two-fer since John Adams. And you are...?

And you did it in service of taking the heat off of octopus-armed mega-perv Harvey Weinstein, with a hat-tip to First Enabler and Queen Sociopath Shrillary Frothing Denial Clinton to cover for her serial rapist husband.

The former president should send out a statement that he's been thoroughly checked for a social disease since touching you, but fortunately come away from the encounter untainted by whatever he may have contracted being in such proximity to your hootch.

And thank God you didn't go to the cops over these "incidents"; it probably would have taken them six months to run down all the fingerprints and DNA on your high-mileage assets, to see who else had been at the scene of the crime.

And if Fat Bill or Jimmy Peanut, or even Barry Soetero devolves to the same conduct should they live as long, I herewith give it the same No One Gives A Flying F**k pass.

New Rule: Nobody under the age of 80 gets to talk smack about the alleged sexual offenses of anyone beyond that age when they were committed.

So, you two bints, get off the stage. Zombie Andy Warhol called. Your fifteen minutes are up.

"And the nominees for Worst Over-The-Top Performance By A Spotlight-Seeking Frothing Harpy Entitled Snowflake are..." Here's your shared award, Princess Bitchy McWhinypants, and Harpy Sugarcookie.
And good luck in those infomercials on Univision and the Home Shopping Network.
Assuming you aren't already passing out flyers with your phone number on the Vegas Strip.
Posted by Aesop at 3:01 AM

THANK you!
Most people put an arm around whomever they're being photographed with; no one seems to have noticed that HIS arms are only 3 feet off the ground! Duh. Additionally, at 93, the famous good manners may be evaporating in favor of the lowered inhibitions of a senescent old man. For God's sake woman, give it a rest!

I certainly don't care for HWB or any of his cucked sons. It was set in concrete recently when an old quote of his(supposedly) surfaced, "If they(us?) knew what we've done, they would hang us from lamp posts." And W skipping the Republican Convention told me all I'll ever need to know about what a shitstain he is.

Nonetheless your wickedly well written column makes the point that this is not much more then LOOK a squirrel. It was probably on ice waiting for the appropriate moment of most needed distraction.

The laughable fact it was even "reported" is an indication of how desperate the straights that Hillary is in, are.

Well done!
Let's not forget ol' Delaware Joey in our list of creeps. I wouldn't let any respectable woman within double arms reach of that skeevy perv. Given the circles he travels in, that's not a huge risk but it IS a risk - as we've seen from some ultimately "awkward" photos.
Boat Guy

Momma, were you ever famous?

Why yes dear, I accused a 93 year old former President and war hero of inappropriately touching my butt.

So, Momma, you were always a dumb ass then?

Ya know, maybe just keep your effing hands to yourself.

Signed a 59-year-old woman of no importance who had to ward off various groping and such from a young age. It gets old real fast.

I don't kick your balls; you don't grab my ass/tits/crotch (and I had that happen repeatedly when young).

So you're out to lunch here. Sorry. 93 year olds don't get a pass. A creepy perv is a creepy perv.

Way to miss the point for your own mental scars.
Treating a pat on the ass from a wheelchair-bound 93 year old in 2017 the same as an assault from a 23 year old in 1950 merely shows you haven't learned anything in all your years.
A couple of nobodies using tales of the former to give any cover to scum like Harvey Weinstein and serial rapists like Bill Clinton is simply despicable, coming and going.

"Out to lunch" would have been Indiana Jones shooting the Templar knight in Quest For The Holy Grail in the face, "in self defense" because he swung a sword at him. When someone can't tell comedy from drama, best to sit down and have a cool drink until their sense of reality grows in.

See the Rule.
When anyone hits 80, if they're still being oppressed, they should give a holler.

Meanwhile, conjur the reaching radius of said 93-year-old's arm and hand, and explain to the class how a 20-something actress' ass gets within range of a wheelchair-bound guy, without her literally sticking it just about in his face.
I'll wait.

In the movie business, the joke is frequently told of two Teamsters (who really do work hard, but only before the rest of the crew gets there, and after they all leave) lounging around a movie set one afternoon, when suddenly, one of them reaches out a foot and stomps on a snail.
The other one asks him, "Why'd you do that?"
The first one replies "That snail's been chasing me around set all day long, and I'm tired of it!"

The actresses in these tales, and anyone similarly oppressed, are the first Teamster.