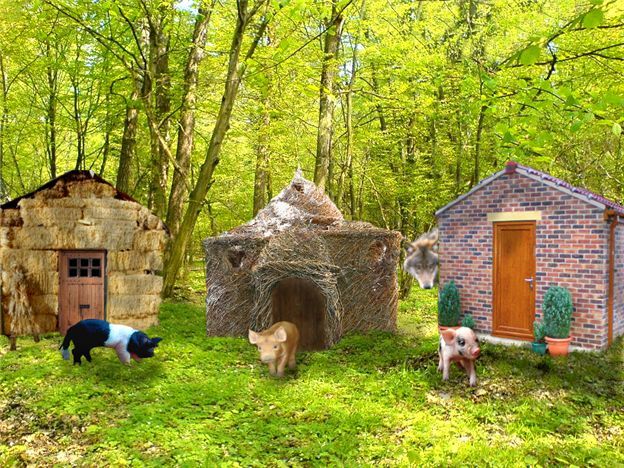 Peter notes today this story, which describes the dire straits things are in down in Puerto Rico, a month after Hurricane Maria left them smashed and dazed.

This is the reality doctors in Puerto Rico are facing almost four weeks after Hurricane Maria devastated the island.

"We're practicing disaster medicine in real life," said Dr. William Kotler, a senior resident in emergency medicine with Florida Hospital in Orlando, who spent two weeks volunteering on the island earlier this month. "We improvise if we have to, with very little resources."

Kotler and four other emergency physicians from Florida Hospital in Orlando, just wrapped up a two-week volunteer mission in Puerto Rico. Arriving one week after Hurricane Maria made landfall, they were the first medical relief team the hospital sent to the island. A second team arrived on Oct. 8 and will stay for two weeks.

Access to electricity was so shoddy that Trivino couldn't conduct a CT scan, but he was able to do an X-ray. To review the films, he had to go outside and hold the films up to the sunlight. Afterward, he used one of the team's two satellite phones to arrange for the patient to go to a trauma center.


I shouldn't wonder why.
Puerto Rico is in dire straits because for decades, - not years, but swaths of years - they ignored electricity infrastructure, preferring to funnel state money to social programs and cronyism rather than update a power grid cobbled together and jury-rigged since McKinley was president.

Now they're reaping the harvest of those decisions.

The last thing we should do is shelter them from feeling the consequences of their prior uninterrupted stupidity, because doing such is like covering hot stovetops with quilts, because the children are too stupid to learn not to touch them.

Nature/Creation put a perfectly functional nervous system in place to make stupid hurt, and what's actually cruel is to prevent it from teaching the lessons people should learn.

The people of Puerto Rico are going to learn there are some mistakes that hurt, and some of those you don't get to make twice in life, because they kill you. And as callous as it sounds, and heartbreaking as it is to hear of, the people you might otherwise pluck from the edge of the cliff moments from disaster are the exact ones who should be allowed to plunge off the cliff, or you'll just encourage the dumbest and most self-destructive of the lot to breed and multiply, which just means when you can't be there next time, even more will die. And you could have prevented it.

We cut into people, even though it hurts, because a little pain will save their lives. We force them to get their lazy, in-pain bodies out of bed rapidly, post-surgery, because it helps them heal better and faster. In short we, just like nature, use pain to teach, and to heal.

Stepping in now will only kill them with kindness.

Let them suffer, let them stress, let them get sick, and yes, even let some of them die, if they're to ever learn that the time to fix their problems was yesterday, not manana, or you're just pre-selecting an even greater number to die when you finally can't carry them any more, and even more of them die next time. Does anyone want "I saved twenty, so that 1000 could die later." on their tombstone?

Either the lesson will get painful enough to teach them, or the stupid will die off, and the smart will learn.

There is no other way for some people to learn, and it would be a greater cruelty to deny them the lesson that will save more lives in the future than will ever be lost now. And the soft racism of condescendingly low expectations is part and parcel of the entire wrong approach to deal with disasters like this. Send them all the tools they need to fix the problem, but let them fix it themselves, and do it right, so they don't need the same thing next year, and the year after that. Build a power grid that doesn't go down forever from one hurricane, or even two. Build storm drains that take into account the problem, and eliminate it the minute the clouds blow over. Instead of sending them food stamps, teach them to fish and raise food, so the entire island isn't a cargo cult dependent wholly on imported supplies 24/7/365. Teach them the hard way that they should have strategic stockpiles of medicine in storm-proof storage right there on the island, and not depend on immediate shipments because they never thought of that. And stop building things too flimsy to survive a Cat V hurricane, which they're going to get every decade or two.

I'll send you all the hose and buckets you want once, but you're going to man the pumps and put the fire out your own d*mned self.
Posted by Aesop at 2:13 PM

We've been subsidizing and rewarding stupidity since at least LBJ, not to mention punishing work through income tax since Wilson. Not because we want to but because we have to. It isn't soft racism to recognize that some folks are just too fucking stupid and plain lazy to live in a functional society.
I do agree that letting the people down there fix their own filthy nest is the best course but it ain't going to happen. Neither there nor Chicago nor your home state. At least not till they run out of other peoples money and it all comes tumbling down.
As Remus says..."Stay away from crowds"

Infrastructure neglect is alive and well here in the good 'ol USA, unfortunately. Blaming poor people for corporate greed and government incompetence is going to look embarrassing then we look like PR real soon. Has New Orleans even really been fixed yet? Detroit? Add any rust belt or California city. Etc. Love your work, and even enjoy seeing you flail your hobbyhorses.

In some places in the US, our infrastructure is obsolescent; in all of Puerto Rico, theirs is archaic.

You're being far too generous, offering to send buckets and hoses. Saw at Doug Ross Journal a link that US aid has been tossed in dumpsters... [It's a "got news" link, and there is just something about the site that rubs me the wrong way. So, for what it's worth, here it is: http://gotnews.com/breaking-puerto-rican-secretary-state-blows-whistle-hurricane-relief-fraud-finds-unopened-us-aid-dumpster/.]

We spend way too much money on aid all over! Let people start fending for themselves. My "give a dayum" is all used up. Yes, there truly are some people who need assistance - disabled Veterans, for example, and I will happily let my tax dollars be used to take care of those who are truly in need, but I am sick and tired of some 35% of our income being "stolen" from us and wasted so frivolously by a government full of thieves!

This is what happened to NASA (and other public infrastructure) here on CONUS as just posted to the NASA thread...
"Puerto Rico is in dire straits because for decades, - not years, but swaths of years - they ignored electricity infrastructure, preferring to funnel state money to social programs and cronyism rather than update a power grid cobbled together and jury-rigged since McKinley was president.

Now they're reaping the harvest of those decisions."