A couple weeks ago, American Mercenary called it quits, and scrubbed his entire blog off the 'net.

Now, in perhaps some cosmic restoration of harmony, the long-dormant Lizard Farmer has returned.

By the numbers:
1) Both parties are left with unelectable jackasses as their current front-runners, despised by the majority of each party:
Trump for Repubs, and Sanders for the Dems.
2) Any hope of Biden weakening Shrillary enough to knock her off the block, and let The Anointed One help select the (D) nominee at a brokered election are now abysmally dim.
3) Hopey Dopey is thus left with either backing the person he despises, despite her obvious criminal conduct, and praying they can brazen it out and get her into his chair next, or letting the leash slip on the FBI once and for all, seeing her and the Dumocrat Party brand go down in flames for the next 4-8 years.
4) The Benghazi hearings and the ensuing likelihood of either a Special Prosecutor, vs. stonewalling, followed by torches, pitchforks, and a tumbrel cart on the front lawn of the White House, just got a whole lot more interesting.
5) Sanders doubling down on Shrillary's criminal conduct in Dem Debate I, and attempting to give her a pass on everything by royal fiat has essentially put him and the entire party all-in on her criminal shenanigans from here on out.

Shrillary getting indicted or not is now the litmus test for whether we have any bare shred of a republic left to us, or have permanently transitioned to just the banana version of one.
Smart money: Go deep on beans, band-aids, and bullets.
And if you were wondering when the next round of ammo- and gun-buying madness would start, I think I just heard the opening whistle on that.
Posted by Aesop at 11:19 PM 1 comment:

And Another One Bids Adieu

From American Mercenary's blog, 5 hours ago:

It's been fun. If you want anything grab it before it's gone.

My sincere best wishes to AM.
We wrangled a time or three, but his perspective on most subjects was well-thought out, and at least reasoned to, rather than ever being knee-jerk.

The number of thoughtful and rational people on the Internet is never "Too Many", and his absence will be noted.

I hope he survives the current ongoing Army purges, and makes it to field grade, but wherever he goes, I wish him well.
Posted by Aesop at 3:39 PM 5 comments:

Thoughts On The Latest (And Every Other) School Shooting 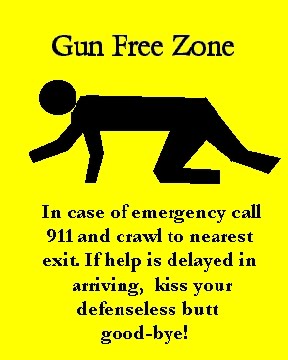 Gun banners, call your office. Your policies are working exactly as planned.