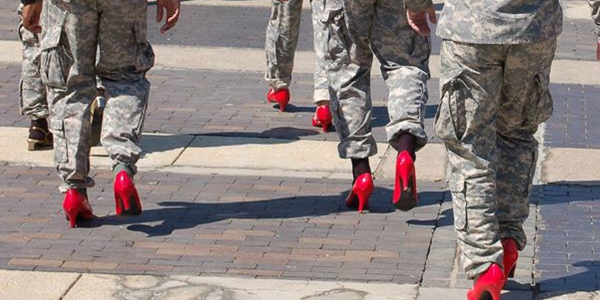 Item One: Apparently traitor and deserter Bergdouche will be pleading guilty to desertion and misbehavior before the enemy, and avoids a military court martial trial, according to
AP:

(Pentagoof) Army Sgt. Bowe Bergdahl is expected to plead guilty soon to desertion and misbehavior before the enemy rather than face trial for leaving his Afghanistan post.
That’s according to two individuals with knowledge of the case.
They tell The Associated Press that Bergdahl will submit the plea later this month and sentencing will start Oct. 23. The individuals weren’t authorized to discuss the case and demanded anonymity.
The 31-year-old Bergdahl could face up to five years in prison on the desertion charge and a life sentence for misbehavior.
Bergdahl left his Afghanistan post in 2009 and was held captive by the Taliban for about five years. He was released in 2014 in a prisoner swap for five Taliban detainees, sparking an emotional debate about negotiating with hostage takers.
Bergdahl’s guilty plea will follow several pretrial rulings against him that had complicated his defense. Army Col. Jeffery R. Nance, the judge, decided in June that testimony from troops wounded as they searched for him would be allowed during sentencing, a decision that strengthened prosecutors’ leverage to pursue stiffer punishment.
Some of Bergdahl’s fellow soldiers want him held responsible for any harm suffered by those who went looking for him. The judge ruled a Navy SEAL and an Army National Guard sergeant wouldn’t have found themselves in separate firefights if they hadn’t been searching.
Bergdahl’s lawyers also contended that misbehavior before the enemy, the more serious charge, was legally inappropriate and too severe. They were rebuffed again. The judge said a soldier who leaves his post alone and without authorization should know he could face punishment. The misbehavior charge has rarely been used in recent decades, though there were hundreds of cases during World War II.

A sentence of life imprisonment plus five years should adequately balance what Bergdouche's actions deserve with testing the limits of military mercy.

At this point, he's lucky he wasn't simply executed, and thrown into an unmarked grave, but the hope that he'll get punched in the face daily for the rest of his life in prison would assuage any annoyance about feeding him for another 40-50 years' confinement.


Item Two: A week after it became common knowledge that 2LT Spenser Rapone was both a serving officer and a communist pig, he's still not under arrest, nor confinement, nor awaiting court martial for nearly two-dozen explicit black letter violations of the UCMJ.

But it gets better: the Army (in Ass Carter's Fabulous DoD) knew he was a communist pig douchebag, and was recommended not to graduate him from the Worst Point School For Boys, a full six months before that time. So they ignored it and commissioned him anyways. Go, Team Obozo FailArmy!


(Moscow On The Hudson) A West Point cadet whose pro-communism messages on social media were reported to his superiors in 2015 still managed to graduate from the military academy and currently serves in the field with an Army combat team, a new report says.

The social media activity of 2nd Lt. Spenser Rapone was concerning, retired Army Lt. Col. Robert Heffington, who taught history that year at the Academy, stated under oath, The Daily Caller reports.
“I cannot reconcile the image of a first class cadet at West Point with the things he has posted online for the world to see,” Heffington said in a written copy of the statement. “To me, these are red flags that cannot be ignored, and I fail to see how this individual can possibly graduate and become a commissioned officer in six months.”


One of the tweets Heffington was alarmed about was Rapone reportedly writing “F*ck this country and its false freedom."
“From his various online rantings and posts, it appears that DCT Rapone is an avowed Marxist, which is completely out of line with the values of this nation and its Army,” Heffington said. “He also… even implicitly justifies the actions of ISIS and blames the United States for terrorist attacks.”
In late 2015, Rapone was removed from his Ranger battalion for violating standards and graduated from the Academy the following year as a cadet. He currently is in the field with the 2nd Brigade Combat Team, 10th Mountain Division, according to the Army Times, quoting Army spokeswoman Lt. Col. Tonya Stokes. Stokes says the division is also investigating his behavior.


Dear Army: this isn't hard. You send two MPs and an officer up to him, advise him he's under arrest, and you march his ass to the stockade pending trial, where you can gather evidence and add specifications at your leisure.

FFS, even Hollywood gets this right in ten out of ten movie attempts.

Pull your fucking green heads out of your asses: Ass Carter is gone, Mad Dog Mattis is the SecDef, and you don't have to hide from the big scary Obozo administration's PC bullshit.

Arrest the sonofabitch, and convene his trial.

Given what's already public knowledge, if you start on Monday, the trial should conclude by about lunchtime that day, and he can get busy cracking rocks at Leavenworth, for the next 20 years confinement at hard labor.

Problem solved.
Posted by Aesop at 9:40 AM

We obviously still have FAR too many Quislings in uniform. To even contemplate a plea deal for an admitted deserter (in combat) is beyond comprehension. It's not like the JAG types are overworked.
Your description of the procedure for 2LT Trotsky, who I would assess as a Flight Risk, should be done TODAY.
I'm bettin he'll be in the wind if not apprehended and confined NOW.
Boat Guy

Oh and while it takes some extra paperwork to confine an officer; it's not difficult. I've done it.
Boat Guy

Does it just fry your bacon that if he'd written "Democrats are commie swine" in his cover, that he'd be in worse trouble?

Someone needs to do a little research to find out who the Convening Authority is ref Bergdouche.
BG

Damn. Didn't put it together until just now but my wifes cousin just deployed with the 10th. Hopefully he's as far away from that douch as possible.

Maybe they're hoping that a real American will frag his worthless shitbird ass, thus preventing our taxpayers investment in training from being used against Americans,,,,

As a veteran I'd be happy to host a blanket and 'bunk-adapter' party in his honor - not that he has any...