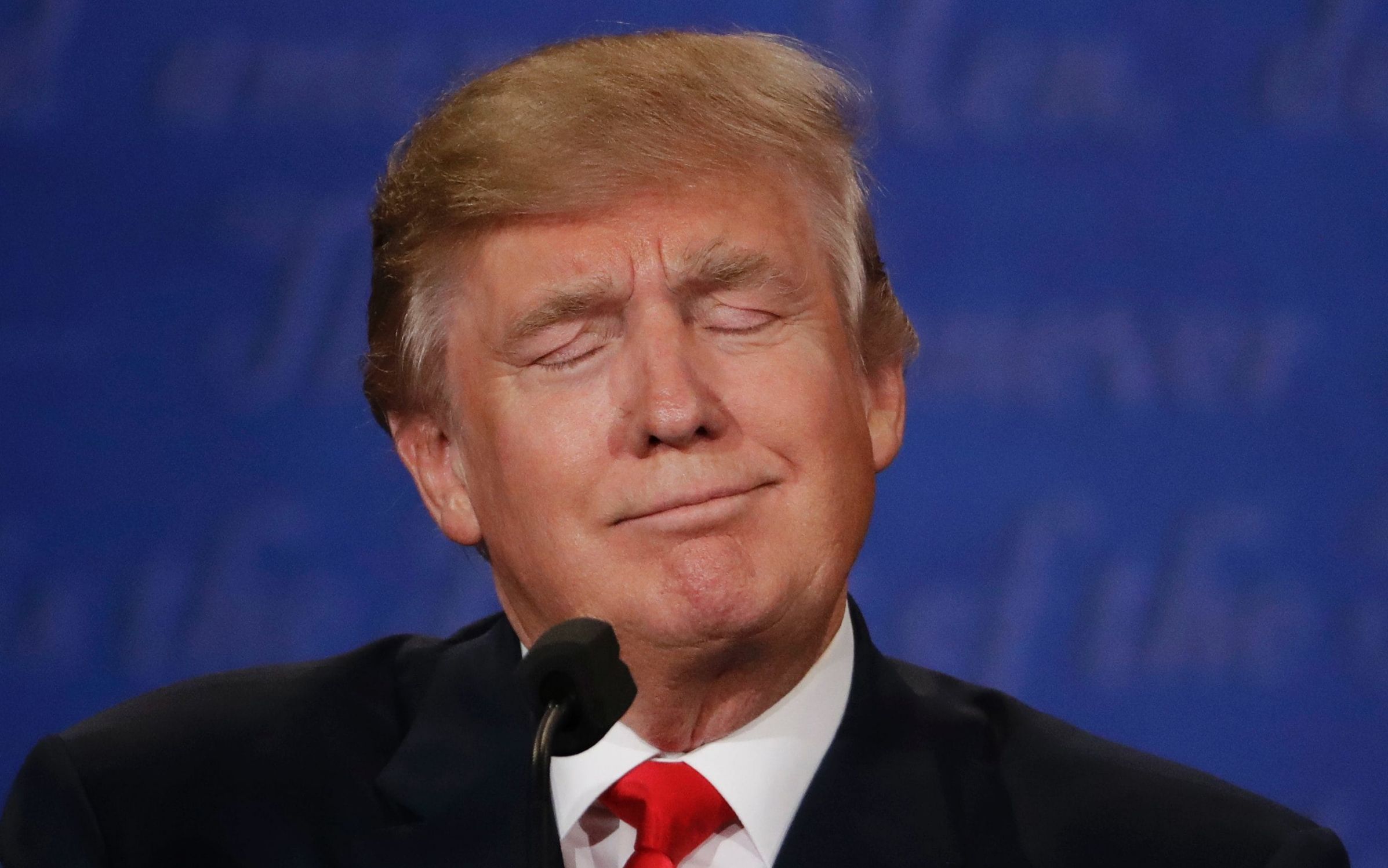 Still not tired of winning, and running his limo on Leftist tears.

When Retards Have Webpages Dept:

The president has a legal obligation, under Article II of the US Constitution, to “take Care that the laws be faithfully executed.” That means he must make sure that our laws are implemented in good faith and that he uses his executive discretion reasonably toward that end.

Trump announced his plan to cut off important cost-sharing payments that the ACA promises to insurers to compensate them for reducing what individuals have to pay in premiums.

You were apparently sick in school the day they taught American government, 1787-present, and again the day they explained that what Trump is doing is ceasing to expend non-allocated funds to illegally subsidize insurers, cushioning them from the real-world gravity-works consequences of the ObozoCare Unaffordable-By-Anyone Care Act.

President Trump did "take care that the laws be faithfully executed", in fact doing so in this exemplar for the first time in the history of the practice, by NOT illegally diverting funds not appropriated to a given activity in order to prop up the boondoggle, with neither proper, nor indeed any, congressional appropriation.

If Congress loves the ACA, they can budget the funds for that activity (and they alone), and direct they be spent thusly. Had they done that, anytime since 2008, then President Trump would, indeed be breaking the law now. They didn't pass that law, so he isn't breaking one. That following the law will also strangle the measure is for him a happy serendipitous result, and for you a consternation, but your feelings don't outweigh black-letter reality, Snowflake. How sad for you.

Just because the law was being broken every day by the last president and administration on something some people approved of, does not bind the current president to continue operating in such a lawless and reckless manner.

If you think the subsidies are a good idea, call your congresspersons, and get them to allocate the funds lawfully.

And maybe stop using words like Humpty Dumpty did in Alice In Wonderland. "When I use a word, " Humpty Dumpty said, in a rather scornful tone, "it means just what I choose it to mean -- neither more nor less."

Stopping illegal payments that never should have started is not only legal, it goes to fulfilling a campaign promise:

Or, as another fellow put it: Elections have Consequences.


Challenge accepted.
Not so funny when the boot's up your ass, is it Smarmy McSmugpuss?

Not even REMOTELY tired of the winning...it's gonna take a LOT more before I'm even close to "tired". Drive on, Mr. President!
Boat Guy

That wench didn't even make it difficult.