Called this one in comment to Feral Irishman: he had a Surefire 100-round mag. I knew I heard 40-50+ round strings, minimum. So how many of those mags , or similar, did he have?

But that's not all.
The floor layout I detailed for you (ahead of the MSM) also shows that the presumed shooter had a 30-50 yard straight corridor, from his suite doors all the way to the elevator tower in the Mandalay Bay. That's a kill zone, boys and girls. Fish in a barrel. 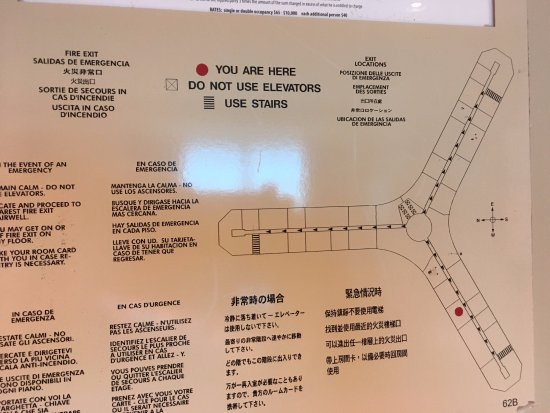 And the guy reportedly shot or (shot at) a security guard, early on.
(Yet it took the police 72 minutes to figure out "which room". Hmmmmm.
Once again, the bullshit points in different directions.)

But he's supposed to have suddenly gotten shy about taking on SWAT inside a perfect elongated kill zone tunnel, after capping 600 people across the street? And instead suck-started a gun to himself?

He had time to set up two sniper perches inside the room, and enough furniture in a suite and two rooms to build a sailboat, and the main suite double doors look straight down that corridor, but Mr. Meticulous Mass Killer, who knew he was never getting out of this alive, never thought about blockading the doors and setting up a reception for the inevitable police response???

Yeah, I smell fertilizer piling up there, too.

He had multiple weapons, presumably plenty of ammo left, including .308 semi-auto rifles.
LV SWAT would have been pigeons in a shooting gallery coming up that hall, long before they got close enough to flash-bang anyone. As they'll tell you in a heartbeat, if anyone asked 'em. One guy with that much firepower would've made a breach-entry team pay dearly for trying it. In a bodies-stacked-in-the-hallway way. I promise you. They'd have needed M-203s with HEDP grenades to take him (and half the floor) out. It would've looked like house-to-house in Fallujah. And he'd have killed 3-10 more cops before they got him.

Their room assault (unless they'd rappelled into the outside windows from above) would have looked like Leon taking on NYPD ESU in The Professional.


So I'm calling bullshit on that chickenshit suicide as well.


And if there's hotel security video of anyone but Mr. Mass Murderer hauling up the half-a-ton of ordnance to the suite over Friday through Sunday, that turns the whole "lone shooter" scenario and flips it right onto its head.

I'm just a reasonably intelligent guy on the internet, and I can drive Hannibal's Elephant Cavalry through the plot-holes in this narrative, using open sources. The shooting was meticulously half-assed planned, but the after-party is a pure $#!^show.

Yet again, this whole thing doesn't add up. When you lay the revealed facts out, they point in all directions.


This was the most expensively-produced one-man exit in world history, supposedly.

As you have so aptly pointed out, absolutely NOTHING about this whole thing adds up. And so far, much if not all that we have been told seems to be deliberate disinformation.

As I opined yesterday, IF this Paddock guy really was the shooter and not a patsy or fall guy, then there are only three possible scenarios. One, muslim convert. Two, lefty nutjob. Three, both lefty AND muslim. Although anything is possible, based on what we know about this guy so far, all of these scenarios seem highly unlikely.

But we will never be told if it is any of these. Such a truth openly divulged would destroy for good two intentional false narratives constantly shoved down our throats by the Left, by .gov, and by their communist fifth column MSM. And those false narratives are: 1) Lefties peaceful, conservatives violent. 2) Muslims peaceful, and anyone who says otherwise is a hater.

It is very sad, really. I am old enough to remember the day when the FBI was beyond reproach. Their investigative ability was second to none, and their honesty was a given. Today, that has all been squandered. They have bungled investigations so often, and lied their asses off so consistently, that a rational person would be foolish to believe anything the FBI says.

The daniel defense appeared to have a bump stock on it. Would this account for the gat like sound?

My assumption is yes.
A bio-mechanical firing device, like a bump stock, introduces a certain randomness to the firing cycle that a straight Class III firing mechanism doesn't have.

One of the videos had gunfire that sounded EXACTLY like the little hand crank BMF Activator that were all the rage in the late 80s/early 90s. I put thousands and thousands of rounds down range with one of those as a teenager and I immediately recognized the sound.

As the details about this started coming in something just didn't seem right about it. Nothing about it made any sense. It still doesn't. I too smell bullshit.

Nah. There's at least two weapons heard on audio, one probably a belt-fed M240 and the other an AR or AK with a big drum mag. The M240 blew out the long strings of 120-150 rounds in a burst. The lighter-caliber weapon(s?) ran dry after much less.

There might have been bump-fire and trigger-crank weapons laying in the pile, but I don't think they were used. Their presence there is as props for the MSM to short-stroke up gun-control while they ignore the by now almost certain likelihood of multiple shooters.

And other than pulling all that out of your fourth point of contact, you're basing that on...what, exactly?

A photo of a possible suicide note left at the scene has emerged. http://www.dailystar.co.uk/news/world-news/649606/Las-Vegas-Shooting-Pictures-Stephen-Paddock-Body-Motive-Note-Gun-Hotel-Room-Mandalay-Bay