Probably Did It Right After He Shot Himself... Only 24 days after recovering it, investigators have discovered that Stephen Paddock's laptop computer had its hard drive removed.

(Behind The Looking Glass) A laptop computer recovered from the Las Vegas hotel room where Stephen Paddock launched the deadliest mass shooting in U.S. history was missing its hard drive, depriving investigators of a potential key source of information on why he killed and maimed so many people, ABC News has learned.


Which leads to questions of:
1) When did that happen? (Obviously, as I noted in the title above, he took it out after he shot himself in the head...)
2) What good is a laptop with no hard drive? Would it even boot up at that point?
3) If not (as I suspect) then why keep the laptop around, instead of just dumping it in a trash bin too?
4) So, he had a laptop with no hard drive, and cameras with no memory drives, because...um...because he...oh, hell, he was clearly driven crazy by...by...Underpants Gnomes!
5) Underpants Gnomes explain all the facts of this incident, therefore they must have been there.

So, c'mon now.
He meticulously planned the shooting, removed his hard drive well in advance, but hadn't barricaded his doors with furniture, and stopped shooting at thousands of helpless targets hundreds of yards away, despite having hundreds to thousands of unfired rounds remaining, because an unarmed security guard showed up, who he unaccountably missed with 200 rounds despite a range to target measured in inches.
And after becoming bored with unleashing biblical levels of carnage, he stopped shooting, well before any police arrived, and quietly ate his pistol.

Sh'yeah, that's totally how this went down. 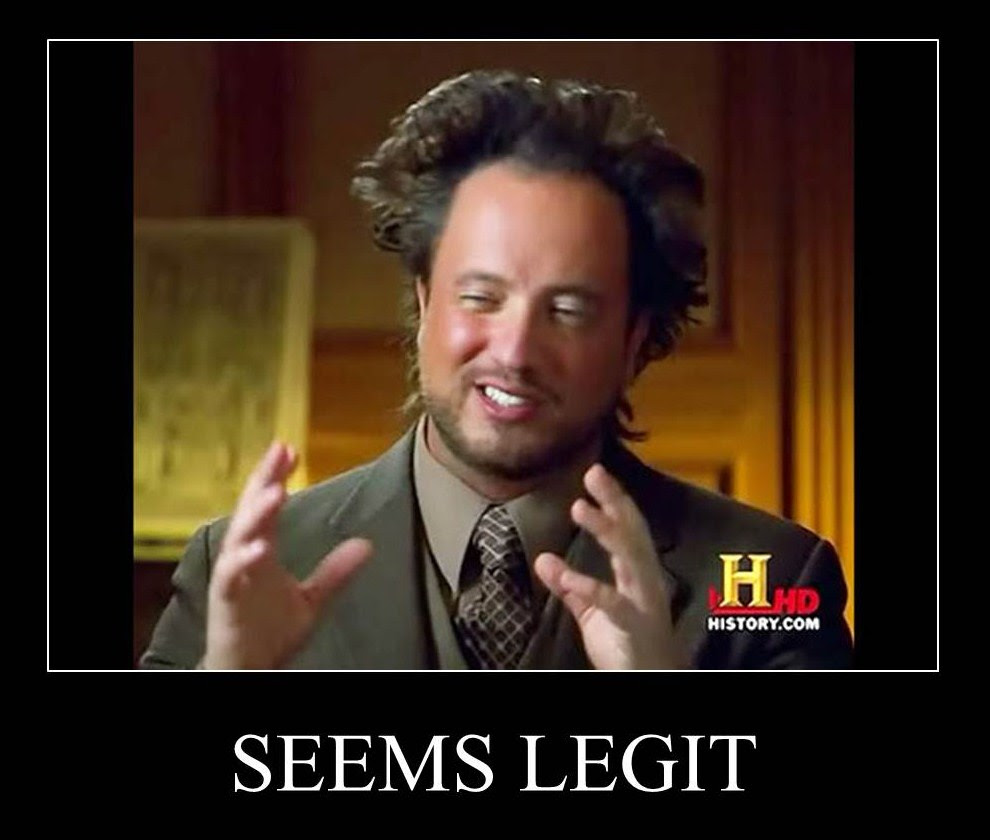 I suppose you could boot up from a thumb drive at a remote location and just run on RAM, accessing storage remotely
Bout as secure as I can think.

But yeah, unlikely
More likely the drives were pulled on scene, or after the laptop was seized

Investigators examining the Las Vegas mass shooter’s computers have found an internet search for techniques used by local police for breaching rooms in standoff situations, according to a law-enforcement official with knowledge of the investigation.

The internet query and the missing hard drive underscore Paddock’s meticulous preparation for the Oct. 1 attack, which killed 58 people and injured nearly 500 others at a country music festival on the Las Vegas Strip.

Nearly a month after the shooting, no manifesto, Facebook post or anything else that would illuminate Paddock’s motive has emerged, officials have said.

It is unclear what information Paddock may have found from the internet search into breach techniques. The law-enforcement official said Paddock searched for information about how Las Vegas Metropolitan Police Department SWAT teams force their way into a rooms or buildings.

Authorities have detailed his apparent preparation for a police response to his suite in the Mandalay Bay Resort and Casino.

Paddock set up three cameras both inside and outside his hotel room, including one located on a service cart and another lodged inside the peephole of his hotel door so he could see into the hallway, authorities said. Joseph Lombardo, the Las Vegas Metropolitan Police Department sheriff, said that the gunman may have been using them to watch for police descending on his room.

Paddock fired shots into the hallway, hitting an approaching security guard, shortly before he launched his attack at 10:05 p.m., authorities say.

The exact timeline of the shooting has been revised several times. But according to the latest from police, Paddock fired out of two windows for 10 minutes. Authorities have yet to say why he stopped.

A SWAT team eventually breached his room at 75 minutes after the shooting began and found Paddock dead.

Aside from his arsenal of high-powered rifles and a laptop, investigators found a handwritten note in the room with numbers on it that they believe were calculations of the distance and trajectory to his target.

Separately, on Wednesday, the brother of the Las Vegas shooter was arrested in Los Angeles on suspicion of possessing child pornography, according to a law-enforcement official there.

Bruce Paddock was taken into custody Wednesday morning by Los Angeles police, according to the official who was briefed on the arrest.

A Los Angeles police spokesman didn’t immediately return requests seeking comment. It was unclear if Mr. Paddock had an attorney.

The Los Angeles Police Department said in a tweet that a person had been detained in North Hollywood in a child pornography investigation, but didn’t identify the suspect."

According to a document from a confidential source, Tucker revealed that Mandalay Bay security guard Jesus Campos left the United States to go to Mexico just days after being an eyewitness to the Las Vegas mass shooting committed by Stephen Paddock.

Carlson said that he has a “customs and border patrol form that shows Jesus Campos entering the United States from Mexico at the San Ysidro border crossing in San Diego county almost exactly one week after the Las Vegas shooting. The document does not reveal how long Campos had been in Mexico.”

He continued, “Our source told us that Campos entered the United States at the same crossing in January of this year. At that time, he was driving his own vehicle, with Nevada plates. And yet in this document from a little over two weeks ago, Campos was driving what appears to be a rental car with California plates.”

Carlson said, “Jesus Campos is the only eyewitness to the biggest mass shooting in modern American history. At the time he was in Mexico, the press was reporting that investigators thought Paddock may have had an accomplice. Why did authorities allow him to leave the country just days after it occurred, while the investigation was still chaotic?”"

Gateway Pundit has more including that Campos was not a licensed security guard and union was aware he was in Mexico...
"Tucker Carlson dropped a bombshell report Wednesday night about the ‘hero’ security guard in the Las Vegas mass-shooting on October 1 that killed 58 people and wounded over 500 at the Route 91 Harvest Festival country music concert attended by 22,000 fans that night. Jesus Campos, according to a Customs and Border Patrol log leaked to Fox News, entered the United States at the San Ysidro crossing in San Diego County seven days after the attack. It was not readily known when Campos left the U.S. for Mexico following the shooting. Carlson said the union representing Campos said they were aware of the trip and that it was pre-planned. Carlson said Campos crossed the same border post in January driving his own vehicle.

Carlson was shocked that authorities allowed the only eyewitness to the Manadalay Bay massacre to leave the country while it was still thought that the shooter Stephen Paddock may have had an accomplice and why it took a leak of a government document for the public to find out.

Carlson also wondered how a man who was supposedly shot in the leg by an AR-15 could drive 700 miles just days later, among many questions Carlson has about Mandalay Bay and why it is keeping such a tight grip on Campos.

Carlson also reported that Fox confirmed reports that Campos was not a licensed security guard. A representative for the Clarke County Sheriff’s Office got angry and hung up on a Fox reporter who inquired about Campos and the requirements to be a security guard at Las Vegas hotels.

Carlson posed many questions about the shooting investigation that are as yet unanswered, saying the case is getting “murkier by the day” and that it is “obvious that there is lying and incompetence at the heart of (the investigation.)”
"
http://www.thegatewaypundit.com/2017/10/video-report-jesus-campos-fled-mexico-las-vegas-shooting-returned-days-later-rental-car-tucker-carlson/

Poppa has an interesting article: http://baltimorepostexaminer.com/charge-las-vegas-mandalay-bay-shooting-investigation/2017/10/25

"The mass shooting and the death of the gunman, Stephen Paddock, who reportedly committed suicide, would normally be investigated by detectives from the LVMPD’s homicide division, however the Baltimore Post-Examiner was told by a retired police official that the investigation was pulled from homicide detectives and given to the department’s Force Investigation Team.
[...]
The FIT investigates all officer involved shootings leading to injuries or death.

When the Baltimore Post-Examiner contacted the LVMPD Homicide Division on Tuesday and inquired if they were handling the Mandalay Bay shooting investigation, we were told that it was being investigated by the Force Investigation Team.

Why the investigation is not being handled by the seasoned homicide detectives of the LVMPD seems peculiar when juxtaposed with the fact that the police said that Paddock was already dead, apparently by his own hand, when they entered his room at the Mandalay Bay.

Why a shooting investigation team that investigates if police officers were justified in using deadly force, would be investigating the mass Undershooting is unknown.
[...]
The Baltimore Post-Examiner was the first to break the story and produce a police audio recording that a SWAT officer fired his weapon inside Paddock’s room.

According to the police radio traffic that night after the rooms were breached a SWAT officer told the dispatcher that one SWAT officer did fire and that there were no other injuries and one suspect was down at this point.

During the Oct. 3 press briefing, Clark County Sheriff Joe Lombardo was asked by a reporter, “Did police or security guards fire any shots at any time during the encounter.” Lombardo replied, “Um, during when he was discharging his weapon?” Reporter, “Yes.” Lombardo, “We are not aware of that, no security guard or police, other than the encounter at the room?”

The reporter did not follow up that answer. What encounter at the room? There was no encounter, Paddock was dead. So why did an officer fire his weapon?

Was it a case of an accidental discharge and if so why has there been no press release on that, almost three and half weeks since the massacre?. What’s the big secret? Who was injured, as the SWAT officer told the dispatcher that there were no other injuries?
"

And then he goes on to "unanswered questions," including apparently implying that officer Levi Hancock may have been the one to fire shots since not on 60 minutes interview, before concluding: "The public has the right to know what happened that night. Transparency, not secrecy is needed in this investigation."

53 YEARS LATER THE MAGIC BULLET OF ALAN SPECTER IS DISPROVED!
JFK was murdered in a Turkey Shoot - at least 8 shooters!

Who only hit him twice?
So besides Ray Charles and Stevie Wonder, who else was on that hit team? The Marx Brothers?