Jumpin' Jehosaphat, even Yahoo! has figured this out.
Somebody, for the love of Pepe the Frog, call Ann Coulter's secret hotline. 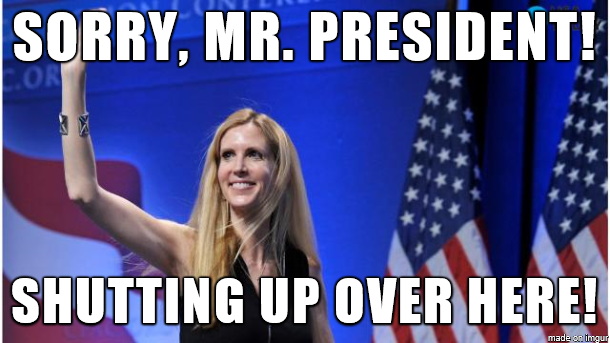 Los Angeles (Yahoo News) - The United States was to begin construction in Texas on Saturday of part of President Donald Trump's border wall designed to curb illegal immigration, which he calls a security threat.
Running along four miles (six kilometers) of the 2,000-mile border with Mexico, the new section will replace existing fencing along the boundary between El Paso, Texas, and Ciudad Juarez, Mexico, US Customs and Border Protection said in a statement.
"This new wall will be far more durable and far more effective in deterring would-be illegal entrants," Aaron Hull, Chief Patrol Agent in the El Paso sector, said in the statement.
It said the existing fencing will be replaced by an 18-foot (5.4 meter) steel post barrier which allows Border Patrol agents to see through to the other side.
The $22-million project is to be completed in about seven months.
In April, the Border Patrol announced the start of construction of a 20-mile stretch of wall to replace an existing barrier in Santa Teresa, New Mexico.


We already showed you video from two locations, the one mentioned in NM, and another stretch in CA, in a prior post.

If you're still out there whinging about "no wall", you need to yank on your head until you break suction and it pops out into free air. still have to remove the carrot on the stick. if we offer any concessions, work visas, amenity, DACA, Anchor babies, these assholes will build catapults and hurl pregnant females over the wall.

Catapults, really? I would pay for skeet on the border. Mr. Trump, there's your funding. F Congress.

Replacing 4 miles of existing fence and/or wall is not "building the wall" that Trump told us would happen.
No one in congress wants Trump to succeed. NO ONE.
sunny

You're clearly too smart to watch the video of the non-barrier that's being replaced with an actual barrier wall, evident even to Stevie Wonder in the video from Santa Teresa, NM video.

Yeah, color me unimpressed. Replacing four miles of fence in El Paso is all fine and good, but it comprises 1/500th of what is needed. And while is encouraging that there is another 20 mile section about to be started, how many years will it take for that section to be completed? In the meantime, the invasion force is still streaming across the border by the millions every year.

I am not blaming Trump. If it was just the Commie Dems opposing him, that would be bad enough. But he is being boxed in by the combined forces of the Dems, the GOPe, the RINO's, the DOJ, and all the other agencies and minions of the Deep State. Even so, he needs to make a move.

I suspect he is holding off till the mid-terms. But one way or another, whether by legislation, by executive order, or by mobilizing the Army Corps of Engineers, he needs to forge ahead and git 'er done. This is THE ISSUE that we Deplorables elected him to do. Build the Wall, seal off the Southern border, and start massive round-ups and deportations. I don't f-ing care if the DC Swamp doesn't want it done. WE, Trump's base, want it done, and we have his back on this.

I had been a builder of custom homes. Too often, even though I was careful to brief them on what to expect, the owners would decry the apparent lack of work. They'd complain that they are paying for months of work and yet nothing to show for it.

This even though they had full knowledge of the time and effort to level the field, site the drainage, dig the hole, compact the soil, build the footings, raise a foundation and more. They wanted something that looked like a house. My vendor for fairy dust being back ordered I could only retreat to you know, tried and true methods of hard work.

Then there are the public works projects. I suppose accommodations should be made to some degree for those that have little to none knowledge of what it takes to labor to construct something under the weight of bureaucracy involving multiple agencies and on an international border and in locations which only buzzards and coyotes seem fit to dwell. Just to mobilize men and material is a thing.

I'm sure there are spare shovels to be had for them who complain.

While these sections are being built and others planned, we need to be erecting DRASH FOBs along the empty parts the cartels use most often and staff the FOBs with AD, NG and Reservists, with orders to "rotate the selector switch from safe to semi and scan, your lane".