This One's For You Haxo, You Epic Retard 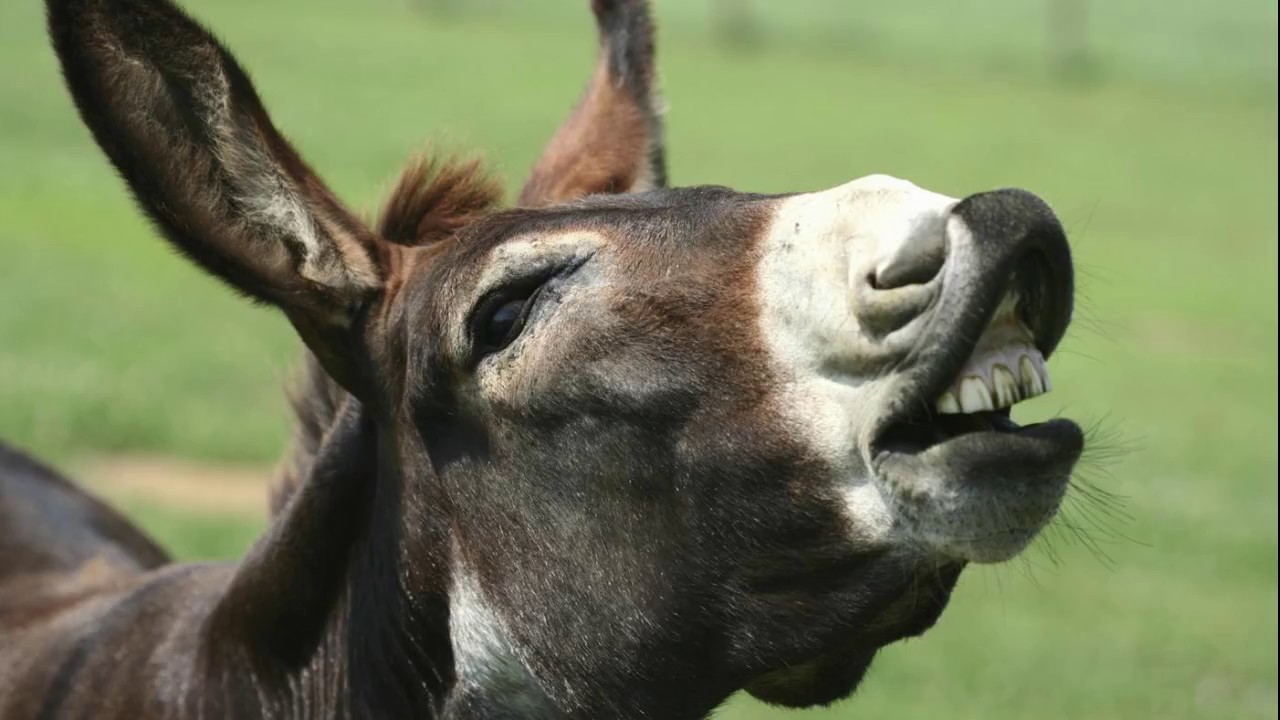 
Haxo Angmark, aka Stuka Pilot, aka banned from more blogs for jackassery than most people visit in two lifetimes, aka Poster Child Retard for the Neo-Nazi movement, just wanted you all to know that I was wrong, and none of these pictures are real, because Irma didn't do anything in FL this weekend.

Somehow, Haxo's brilliant post advising everyone that this storm would be impotent doesn't seem to have made it onto the internet prior to late Sunday evening. Evidently, such genius and literal Monday morning quarterbacking has its limits.

So remember, this is all proof that the whole storm was fake.
My apologies for the 6M of you in Florida without power for the next several weeks due to this imaginary catastrophe that I was completely wrong about.

Haxo wanted you to know that you should have ignored the warnings, and just stayed put, because he knew nothing bad would happen. Like it didn't.

Traffic returns to normal in Miami this morning, since nothing happened. 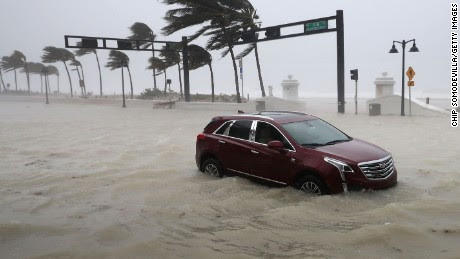 Haxo reminds you folks that you should have been sitting in that apartment, to observe the impotence of the storm firsthand. Pussies.

Note these bone-dry boats carelessly abandoned by their owners hundreds of yards from the marina in the Florida Keys. Haxo says it's unpossible the storm surge lifted them up and floated them here. 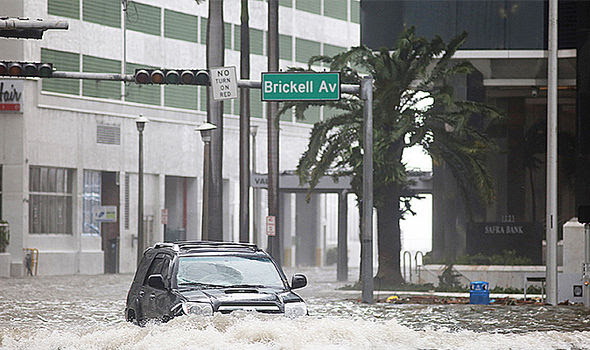 One Miamian already out shopping this morning in downtown, where little of consequence transpired during the tiny cloudburst. 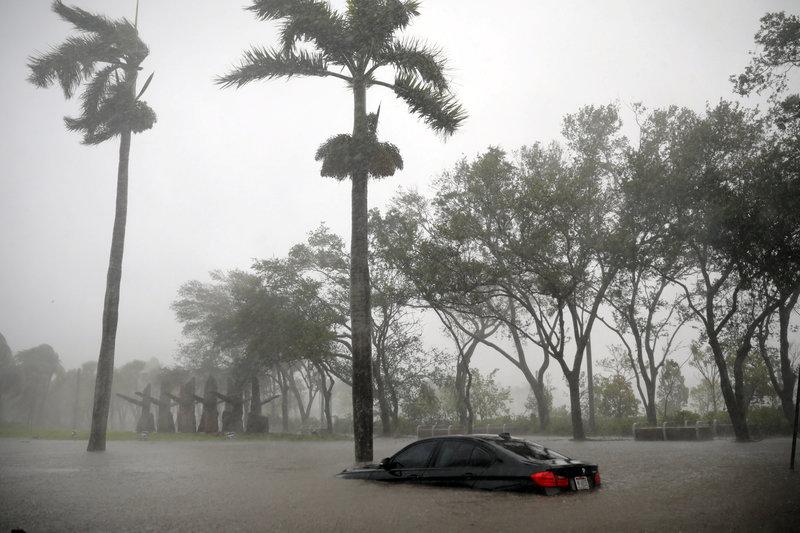 Great beach weather this morning in Coconut Grove. C'mon down. 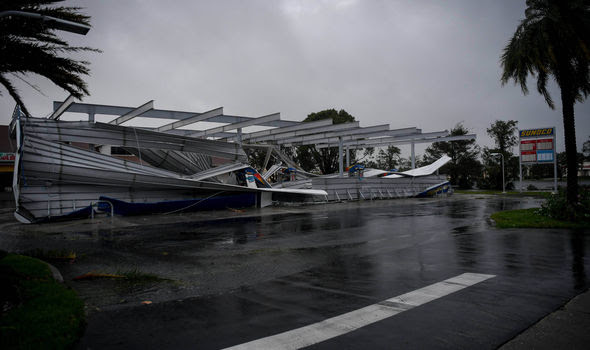 No lines for gas at this Sunoco station. 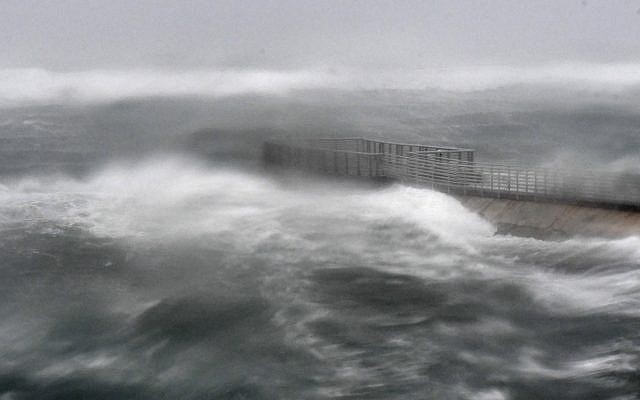 Wahoo's will be open, with fresh fish on the menu. As soon as they pick it up off the floor.

Marco Island seems so quiet, you can hardly tell there was even a storm.

Nothing much to see in Tampa Bay, except some guy's kids left their damned toys all over the lawn. One Miami homeowner prevented any serious damage to his cars by cleverly pinning them to the ground with a heavy tree, thus keeping them from anything like floating away. Genius! 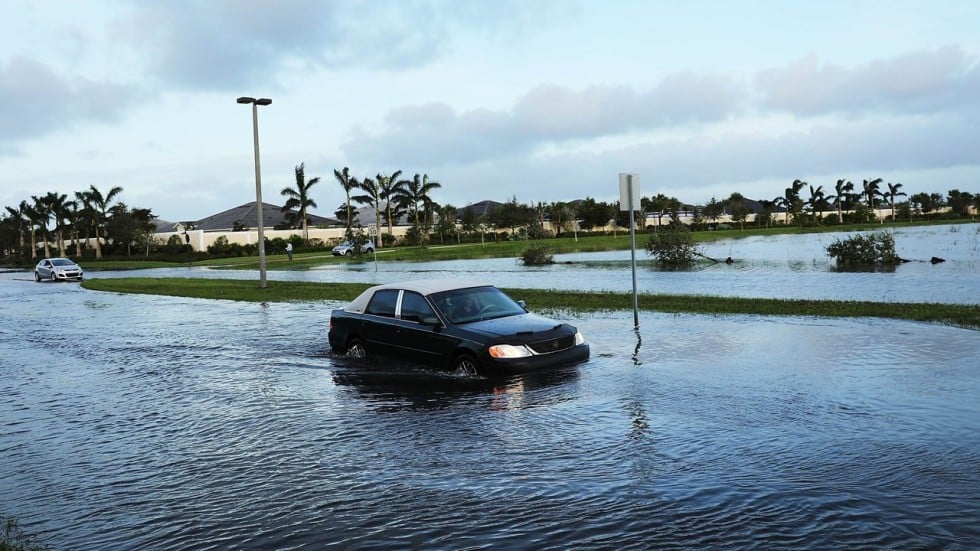 Light traffic on this morning's commute. Nothing to see here. This must be Photoshopped, because nothing like this happened in FL. Haxo said so, and I read it on the Internet, so it must be true. 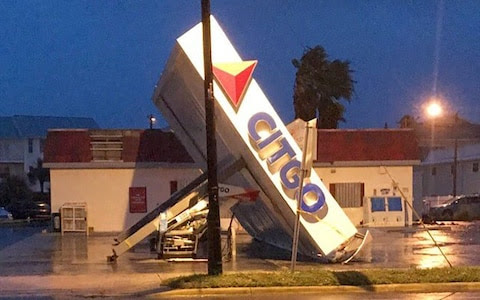 The Citgo station in North Redington Beach cleverly lowered their roof onto the ground, thus preventing any damage by blocking the mild winds and light showers Haxo predicted for this storm. They should be open in a jiffy.

Residents of this Naples trailer park, where nothing happened, are happy about the new, enlarged community swimming pool.

I could go on, but you get the idea.

Haxo's main gripe seems to be an abiding disappointment and resentment that Mother Nature didn't decide to help his personal Final Solution along, and whack a few hundred thousand Joooooooooooooooooooos! living in South Florida. Which would have tickled him pink, had it only taken place. Damned imaginary hurricanes. Ruining Haxo's wet dreams and all. How sad.


For those of you out there who evacuated beforehand, because you didn't have your head shoved up your Haxo, and thus didn't drown, get crushed, pummeled, or blown out to sea, and therefore die to fulfill his fondest wishes, I offer my sincere hopes for your continued health as you dig out, dry off, and rebuild from the imaginary storm that didn't cause all this imaginary damage this past weekend.

If you see Haxo in your internet travels, tell him "Thanks For Nothing."
He's evidently lonely, and wants the attention.


And here's an update from someone on the ground in FL. Everything's fine there. Well, except for no power, no water, chest-deep water running down US 17, rivers overflowing, the heat, and no fuel for chainsaws, generators, cars, etc.
Posted by Aesop at 3:06 PM

Labels: Arguing With Retards On The Internet, cleat marks in your dick are hard to heal

The few references I've received on your blog are significantly more flattering than the one received here by the "epic retard". Lol

Haxo is a legend in his own mind. It was time to explain to him the futility of arguing with someone who's both right, and who buys electrons on the internet by the dumptruck load.
Even Mike Tyson used the light bags for workouts occasionally.

Haxo - whatever his real name is - is, at best, a drooling moron. I've seen his posts and his arguments over at WRSA...and I believe that he must be black - because he is so full of crap that it must be oozing out of his pores by now.

Seriously, that is one hate-filled, delusional moron there. He very seriously needs to be tranquilized and taken away by the men in white coats to a place with doors that lock from the outside, has no sharp objects inside, and no internet connection.

He is almost a parody of what an ignorant, white-supremicist (as if there's another kind) is, but he is actually a person. What a sad waste of a life.