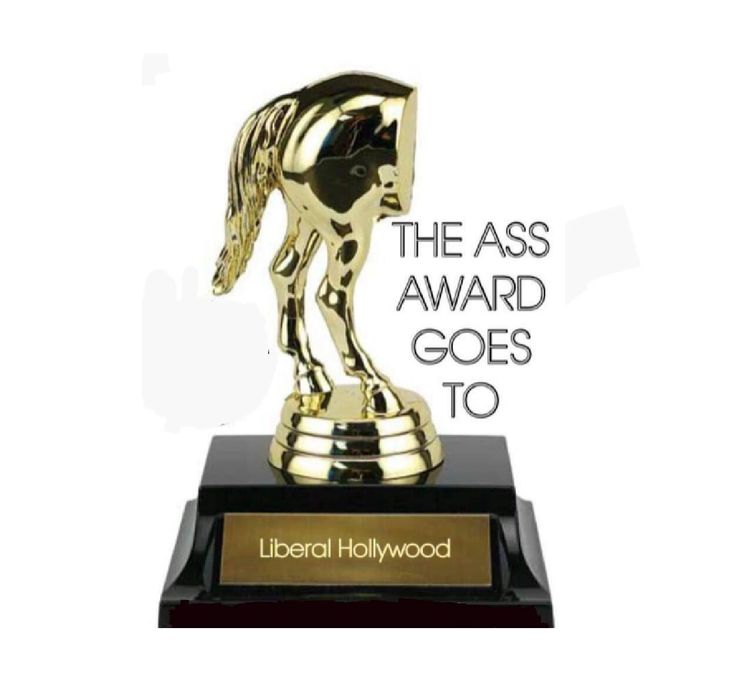 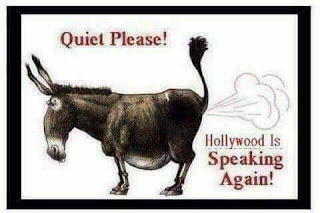 Which award would, of course, be nicknamed "the Johnson"

Strangely, the yapping jackholes of cultural decay can't seem to figure why TV audiences are tuning out in droves, and Hollywood had the worst summer in a decade, which is pretty phenomenal for businesses that have only been around 50 and 100 or so years, respectively. It's almost like mouthy liberal jackasses can't connect the dots between their incessant douchebag whining, and people nationwide telling them to f**k off, and voting with their feet, their wallets, and their remotes. Crazy, right? Next, they'll be baffled that rain makes you wet. (Chicken Little, call your agent.)

But Madison Avenue can read a Nielsen report, and TV advertising will be getting to bargain prices at his rate. Especially for the awards shows. The only down side to that is the "stars" will be moving into middle-class neighborhoods again, out of necessity.

Not that it's surprising, because one of the neighbor kids (and yes, an actual kid, and an actual neighbor) has an Emmy Award. I saw it, Googled it, and she earned it. So, in the grand scheme of things, an Emmy is roughly equivalent to the US military's National Defense Service Medal ribbon:

If you have a pulse rate, and are serving while the US is shooting at someone, even if you never do, you get one. Period.

It's about the same with Emmys. It's mainly a participation trophy for being on the boob tube long enough. Just ask Susan Lucci. Or my neighbor's kid.

I can't really blame the mostly college- and high school-dropout asstardian legions in Hollyweird for being antagonistic jackholes, or congratulating each other for all that generally imaginary "suffering" they do for their craft. The number of winners of any award there who have actually rendered services to the country can be accurately measured on your thumbs most years, if not your nose, and some years, even by amputees of all those body parts.

And going on about them as if it's abnormal for two-years olds to throw tantrums, or dogs to piss on fire hydrants, holds those special ed short-bus snowflakes to an impossibly high standard, one that most of them never achieve: rational adult behavior.

For about 99.68% of Hollywood, those three words are between one and three insurmountable achievements they'll never achieve nor be awarded, even by each other.

So before you get over-concerned about TV jerking itself off in public again, remember this inside-the-industry Rule of Thumb, proven every day since Philo Farnsworth inflicted the invention on an unsuspecting culture:


Theatre is life.
Film is art.
Television is furniture.

When you regularly see (need I add "award-winning"?) producers and directors in the medium sporting the exact t-shirts bearing that message, the secret is out, boys and girls.
There's a reason that, until the decadence of the 1920s, most decent folks regarded actors and actresses as circus freaks and prostitutes. The only thing that's changed in most cases is awarding them the opprobrium they deserve.

There's also a reason your TV and mine have both a channel selector, and an on/off switch.
I use them ruthlessly.

I haven't routinely watched broadcast TV as such, in over a decade.
I miss it like trees miss cold in springtime.

I have three beautiful huge flat-screen plasma TVs with all the bell and whistles (inherited two, one we bought beforehand for a family Christmas gift). They're usually never on, unless I put in a Blu-Ray.

Lately I haven't even been buying new Blu-Rays unless they're in the horror genre and good, so maybe 1 every year or so, mostly classic horror.

We have satellite because the husband loves hockey (no kneeling on ice or you start to go floating all over the rink, and the players have no interest in doing so anyhow).

It's pathetic.. 150 channels, the TVs are never on, none of us barely watch anything anymore, the movies are a snooze-fest lately, and these people are giving themselves awards. And Stranger Things, the only show WORTH watching out of the ones I've seen mentioned.. no awards. Because the Emmys don't like sci-fi. Maybe they don't understand it? ;)

In good news, my book library is becoming even larger. 15 shelves, some double stacked and front to back, and still growing. But Hollywood is out of ideas. Uh huh. Or illiterate.

I heard on the radio this morning that one of the women at the Emmy's (didn't catch her name) praised Hillary for her "grace". Yeah, lose an election, then write a book blaming everyone BUT yourself for that loss, that's grace. Bah.

Never have understood folks paying any serious credit to others who spend their whole lives pretending to be someone else.

I have not even owned a television in over ten years. I have found almost all programming, especially the 'news', to be virtually unwatchable. If there is somwthing I really need or want to see, I can almoat always catch it on the internet. With no TV, a lot of my free time has been freed up for reading, or sometimes just..... thinking.

TV went dark in the late 80s. After years of watching RR getting hammered while saving the country, the cluebat finally broke through my thick skull. Now I do have about 3,000 movies and enjoy one occasionally but I'm in my mid 60s and time is precious-sitting on my ass ain't at the top of the list.

I heard clips from the Emwhat?'s, plated on Savages' show.
What a bunch of loonies.