Trolling For Inmates: Amazon Caught Fronting A Sting For BATFE

From The Police State Ramps Up Department: 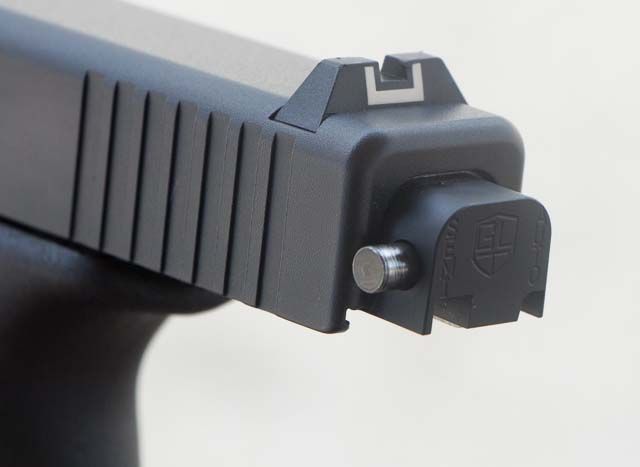 
Amazon.com, which has always prohibited the sale of firearms, has been openly selling a Glock-compatible full auto conversion device that turns a pistol into a fully automatic weapon. We are not linking to the purchase page for the simple reason that Amazon.com is running a trap, and we don’t want anyone to accidentally fall into that trap and end up spending 10 years in federal prison for buying this device from Amazon.
This device, for sale on Amazon.com for a mere $68 and described as an “Airsoft” accessory, is part of a sting operation where Amazon.com is attempting to entrap its own customers so that they can be raided by the ATF and charged with felony crimes for illegally possessing class-III (full auto) firearms conversion devices, which are strictly prohibited under federal law unless you complete an exhaustive application and approval process with the ATF.

BATFE gets revealed, yet again, as the same shitweasels that pulled off Ruby Ridge and Waco.

Amazon, and Jeff Bezos, get caught with their noses wedged up BATFE's sphincter. That should really help their bottom line in a tight economy. (Pssst! Jeffy! Maybe ask Target (NYSE:TGT) how that pro-tranny bathroom policy has gone for them this past year!)

And millions of unsuspecting Glock owners now realize that they can avoid the sting, but now know that there's a simple piece of hardware that can, with about 5 minutes' work, turn their tactical tupperware (relax, Glock-tards, I have a few m'self) into a totally illegal full-auto machine-pistol, should they feel the need, the need for speed! 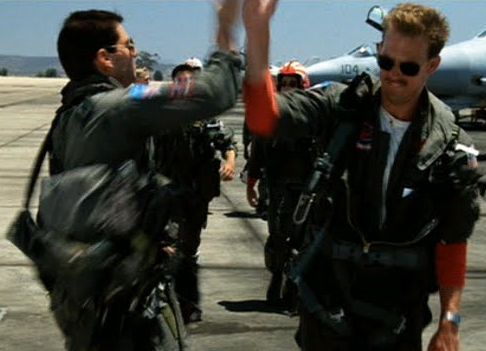 I'm sure the home 3D printing market, and the ability of folks to machine parts at home with minimal effort, won't have any effect on things like this showing up regularly in the future, should the atmosphere where average folks live get completely sporty.

Nosiree, no chance of that happening at all.


There's no way to rule innocent men. The only power the government has is the power to crack down on criminals. Well, when there aren't enough criminals, one makes them. One declares so many things to be a crime that it becomes impossible for men to live without breaking laws. - Ayn Rand

Once again, cue the .Gov fist in glove with malignant corporatocracy, with adding another dystopian book, this time Atlas Shrugged, like Farenheit 451, Animal Farm, and 1984 before it, to the list of those that went from fictional work to instructional training manuals.

Couple that with Goolag(tm)'s decision to drop and de-list free-speech Gab, and it's past time for the AG to fire up a little anti-trust lawsuit or three. Let's redistribute a little wealth there. Bankruptcy concentrates the mind wonderfully on corporate priorities.

UPDATE:
For the retards in comments who got to this five days after Amazon pulled the original ad, and this is vaporware:
So suck it, 'tards. The internet moves pretty fast; try and keep up.
And wipe the derp off your chin.
Posted by Aesop at 10:05 AM

As far as Amazon is concerned or will ever know, I'm interested only in craft supplies, non-toxic cleaning supplies (we have a septic system), and pet supplies. I sure as hell would never use them or EBay to buy anything firearm related. Hell, I wouldn't buy Nerf off those guys, let alone Airsoft.

No, in the great utopia that is California, we're not even interested in SLINGSHOTS here, ok. Baseball bats could be iffy. ;)

Typical of BATF to rear their head again though, just after I've finished teaching my son about Ruby Ridge and WACO (he'd never heard of them, of course, and he's 18).

And VERY typical of Amazon, who watches what you read, will remove political reviews, and was started by a screaming liberal up in Seattle. Funny though, even he's seeing that Seattle may be a LITTLE business unfriendly, so they're thinking of expanding headquarters elsewhere. Go figure, huh? Liberals like money just fine if it's theirs.. just as much as they like OURS. ;)

I posted the linked article on Free Republic. Hope you don't mind, just trying to get the widest possible readership of the article, so that this sting doesn't net anyone more than it already has.

I cannot stand the BATF and how it infringes upon our rights - and even now, after all of the scandals, they have to engage in entrapment? Sickening!

Unable to find the article (or purveyor) as listed in the screenshot at article linked. Maybe they pulled it. You know how cockroaches feel about lumens.

Target seems to be doing as well as Vista Outdoors (owners of Savage Arms). Maybe people really don't give a shit about where you shit.

Target's sales are down $4B this year, and net income off by $1B.
Nobody cares where you shit, they care about with whom their kids have to share a bathroom.

If everyone goes to building single person toilets, I won't care either.

Forcing folks to treat a dude with a psych problem in a dress as a woman is delusional, and people have voted with their wallets.

And their stock price from March '16 was $82; it's currently at $58.
Another year like this, and they're Sears. Two such years, and they're Circuit City.

The link was removed

It was up a few days ago, a person would have to be dumb to order something like that without the proper paperwork

From what I've read is that it's not illegal to have it only becomes illegal when installed in the fire arm! Is this a false

If you have a Glock, and it fits a Glock, you have constructive intent. If all you have is a Airsoft Glock, I don't think there would be a issue. A manufacturer with a SOT can buy these all day long. The license for that, with ITAR, is about $3k a year.

Just owning the part is not illegal... putting the part into a gun with intent to make it full auto is breaking the law

It's a Class III part.

Possession alone, WITHOUT owning a Glock, WITHOUT any need for intent, is sufficient to get you thrown in the federal pen, and even making a defense at that point is going to cost you $20K-40K, and up.

That's why the BATFE does this stuff, and has done so, going back a mere 25 years and more.

The original links, surprise surprise, got pulled within the first day after I posted this story. And I wasn't even among the first ten to notice or pass it along.
The original graphics showed that it was in fact legitimately posted on Amazon, and things snowballed from there. Pulling it afterwards was damage control for Bezos Inc. and the feds.

Learn a lesson, and use your head for something other than a hatrack.

If it's a CLASS 3 item then Amazon is still required to handle it as such. Also if they are selling CLASS 3 items, they must also ship item to a dealer that is also a CLASS 3 dealer. So if anyone broke the law it's Amazon, since they miss labeled and lied about the item. You can't sell a suppressor, or buy for that matter, for an air rifle until the paperwork has been done. I say that Amazon broke the law and should be held accountable by the Judicial Branch of government.

Yeah, good luck with that.
Try buying illegal drugs from a government informant, and then claiming it was his fault for selling you the dope.

Write and tell us how that defense works out for you.

It's a Class III item because it is.
It was billed on Amazon as an airsoft part.
Their out is they are passing purchaser info along to the feds.
And their boilerplate, like everyone else's on the planet, informs you that YOU are solely and completely responsible for complying with applicable laws where you live.

Telling the cops "That's not my ___" when you bought it and it's in your possession, has an effective excuse range of 0 meters.

Thanks for playing, and welcome to Big Boy Rules.

There isn't any paperwork that a common civilian could fill out to own a full auto firearm manufactured after 1986 due to the Hughes Amendment / Firearm Owner Protection Act. Any device that could alter a firearm to fire more than one round with each pull of the trigger would have to be manufactured prior to 1986; be an item registered under the NFA (National Firearms Act); have the proper BATFE paperwork filled out; submit fingerprints and photo; pay a tax; undergo a background check; wait for a long time for this process to work; receive a tax stamp; have the NFA item transferred to them by a licensee that has the correct license to deal in NFA items.
I seriously doubt that Amazon has the correct license. Even though Amazon may not at any time have possessed this item, they have still sold a probable illegal item through their website. RICO (Racketeer Influenced and Corrupt Organizations Act) should hit Amazon fast and hard if this is truly the case. The Feds take this kind of thing seriously (unless they are involved - Fast and Furious) and come down hard. Amazon has a lot of money, and depending on how many of these items have been sold, could cost them some big bucks...

All of which means jack and shit if they were in on it with the feds from the get-go.
Thanks for proving the point.

The item was, indeed, offered for sale on Amazon, and yet there's no BATFE announcement of an investigation, arrests, or anything like.
They simply pulled the item, and everything went away.

So what does that tell you about who was working with whom?