Nanny State @$$clowns On The March 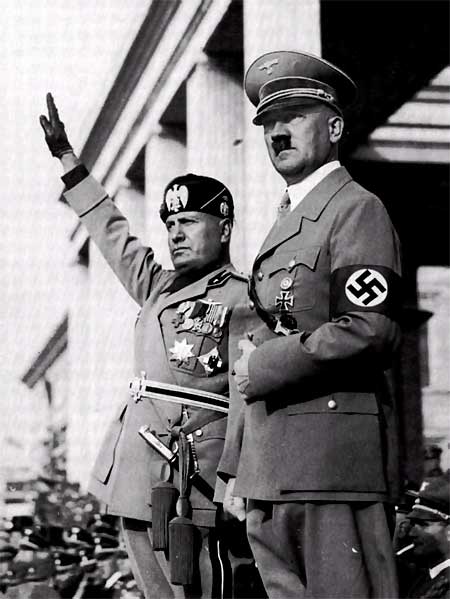 "You there! Drop the phone!"

Bay Area fucktards in Califrutopia, like their spiritual brethren on the other coast, now think the role of government is to dictate your conduct as you walk around.


REDWOOD CITY — San Mateo County Supervisor David Canepa says he believes banning cellphones in crosswalks will save lives, and on Tuesday, his fellow supervisors joined him in passing a resolution that asks state lawmakers to pass the requisite legislation.

As I noted previously here, where does this public jackassery end?
What if you're eating a sandwich?
What if you're daydreaming?
If you can't listen to a phone call, what about iPods? Radios? Headphones? Reading books? Looking at a map?
Should we not therefore ban blind and deaf people from walking outdoors at all, on the grounds that they're ALWAYS unable to pay full attention??
Can banning conversations with someone standing next to you be banned under the same pretext?
Do they think they have a right to command your literal EVERY F**KING MOVE IN PUBLIC???
What next?
Shall we not next be forced to bow and curtsy to our all-knowing overlords, by whose express beneficence we may live and draw breath???

And BTW, are these morons completely ignorant of the FIRST AMENDMENT?
And the FOURTEENTH?

There are only two states of being in a crosswalk:
one where you have the right of way as a pedestrian, and one where you don't.

If the former, it doesn't matter if you're tap dancing "Singing In The Rain" as long as you look out for open manholes.

If the latter, we already have laws on the books for jaywalking.

Hear me God: any cop who enforces so much as one ticket for this horseshit deserves to be shot right in the face on the spot, and their families slaughtered with machetes pour encourager les autres. Those public officials so ignorant of basic law and the limits on government purview that they would pass this nanny-statist bullshit should be dragged from their council chambers by the hair, set on fire, and the flames beaten out with axes, pickaroons, and barbed-wire wrapped baseball bats, then their bodies rent into sections while they're still alive and screaming, their heads mounted on pike poles at the city limits, and the other pieces sent to the four corners of the republic as a public warning to anyone similarly inclined.

And I mean that literally, not metaphorically, lest there be the slightest shred of doubt.

They foist this horseshit on drivers under the pretext that highway locomotion is a privilege.
So will they now try and claim that walkers must possess a valid Walking License, subject to state fiat, taxation, and licensure??

If this isn't enough to get people to start shooting politicians who vote for this sort of overreaching crap down like dogs on general principles, and begin stringing them up from handy light poles on sight, then I have no f**king idea what would be considered reasonable provocation and sufficient cause for same.

"Of all tyrannies, a tyranny sincerely exercised for the good of its victims may be the most oppressive. It would be better to live under robber barons than under omnipotent moral busybodies. The robber baron's cruelty may sometimes sleep, his cupidity may at some point be satiated; but those who torment us for our own good will torment us without end for they do so with the approval of their own conscience." - C. S. Lewis

Labels: burning hatred like a thousand suns, fucktards, government, this is your enemy

"And I'm proud to be an American, where at least I know I'm free*"

I believe that Honolulu already passed an ordinance establishing fines for individuals caught "texting" while walking in crosswalks.

My favorite city is Singapore where spitting and chewing gum are against the law. Seems draconian but damn does it work. Chinese, who make up the greater proportion of it's residents, are famous for doing both, especially around Laowai. That be us round eyed devils. Cleanest, safest and best run city on the planet bar none and not a cop in sight either. Might have something to do with East Asian intelligence but that's anther story.
Not in favor of these BS phone laws as I think Darwin is more relevant but sometimes you just need to step in and hassle assholes.

deluded poseurs, masquerading as 'leaders', are revealing their true nature and that nature is MEGALOMANIA.

if/when passed in a community you live in, get EVERYONE who recognizes this bullshit for what it is to go, en masse, doing exactly that which is prohibited and dare the schmucks to ticket all.

if they do ticket all, let all refuse to pay, daring the schmucks to put all in jail.

if they put all in jail, collect funds from those affected and those who disagree with the original rule, go after the community legally and BREAK the community financially.

after that, point out that it was the 'leaders' that precipitated the bankruptcy by their stupid action.

these same tactics can be used to remove any laws, rules and regulations that are absolute bullshit and do nothing but enhance the powers of those whose only real goal is to rule, not govern.

this micromanaging of our lives must stop. it will take action to do so.

Next up in Californication - banning cell phone use on your front porch. Why? Because it might distract you from the illegal immigrant coming up the sidewalk to rob, rape or murder you.

Don't use your phone in a situation where your attention needs to be on other things, like traffic, duh. Don't try to message while driving, like in traffic, duh. Is this not common sense? What happened to the smart phone generation(s)? They don't know what's what anymore?

Of course you shouldn't be beeping and booping on your phone while doing something like operate heavy machinery. You also shouldn't be driving and playing Pokemon GO simultaneously. These are simple, obvious things. The fact that a lot of people can't seem to get their heads around simple, obvious things, requiring the state to make it a law, is the bigger issue. If you have to make something a law, you have already lost the fight. What is not mandatory is prohibited.
What we need to do is remove legal recourse from results of inattentive behaviour.

Exactly.
There are only two states of being in a crosswalk:
one where you have the right of way as a pedestrians, and one where you don't.
If the former, it doesn't matter if you're tap dancing "Singing In The rain" as long as you look out for open manholes.

If the latter, we already have laws on the books for jaywalking.

yeah your own safe keeping is not approved by the king. just watched a car commercial were a car on two lane canyon highway, almost rear ended a motor home which almost hits a deer. the auto brakes saved them.....next thing you see is the car passing the motor-home and speeding off down the highway. how about do not speed down a canyon highway and leave good amount space between you and the vechical in-front of you.....that space is not 1 car length.