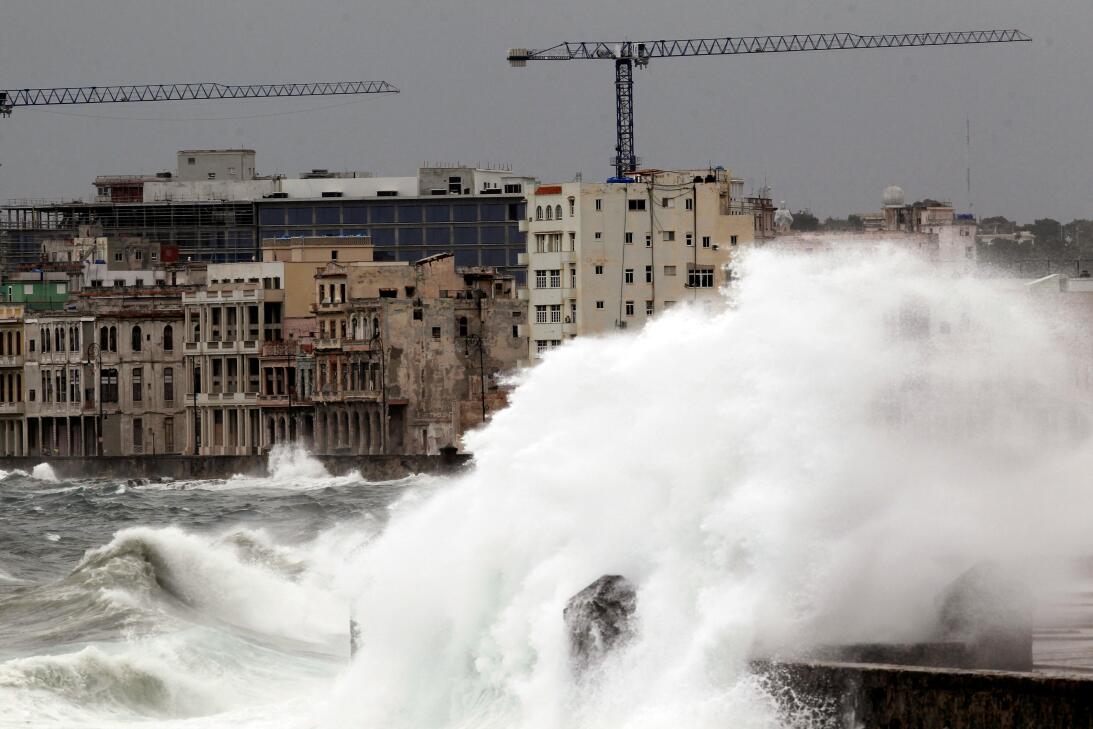 (AP News) Florida Power & Light says it will be weeks, not days, before electricity is fully restored because of the damage being done by Hurricane Irma.
Spokesman Rob Gould said Sunday that an estimated 3.4 million homes and businesses will lose power once the worst of Irma reaches the Florida mainland. He expects thousands of miles (kilometers) of poles and lines will need to be replaced, particularly on the Gulf coast. As of Sunday afternoon, about 1.5 million customers were without power.
He said 17,000 restoration workers from as far away as California and Massachusetts are already stationed around the state, but it will take time to rebuild the system.

(KTLA Los Angeles) LAFD sends 80 firefighters from Los Angeles, including three of eight CA search and rescue teams and their swiftwater rescue unit, to FL ahead of Irma's arrival.

{You douchebags from elsewhere who fall all over yourselves sending shit on the Internet to CA every chance you get? You're welcome.}

US nationals being evacuated to Puerto Rico from St. Martin

(Loop)Citizens and some news sources are reporting that the island of St Martin/St Maarten is on the verge of a civil war as organized gangs armed with machetes raid stores and homes, leaving some residents in fear for their lives.
The island, which remains isolated after widespread destruction caused by Hurricane Irma, remains cut off after the island’s main airport was significantly damaged.
French news site Depeche reported that some residents have barred themselves inside their villas, fearing for their lives after gangs broke into a customs building and took weapons that were stored there.
Residents say these gangs are smashing the doors of houses, shouting "outside the whites".
Video footage of one resident went viral on Sunday after she hinted that there are more deaths than the media is reporting. She begged for residents to be evacuated from the violence and looting.

This is just the early stuff out there; tomorrow is likely to be worse, and better.
But if this thing moderates faster than expected, I don't suppose anyone anywhere will be disappointed.

storm +1, I've been to St Martin, even with rule of law i felt i was on wrong turn away from being robbed. a good rule of thumb do not live in those areas.

By and large, that's the entire Caribbean from Jamaica to the South American coast.

"By and large, that's the entire Caribbean from Jamaica to the South American coast."
Kinda like any large American inner city. Wonder what the common factor is?

I would imagine several states are sending SAR teams. We just had a standing SAR team (dual 1st responders/NG) along with a couple dog handlers from the Air Guard base down the road head that way.