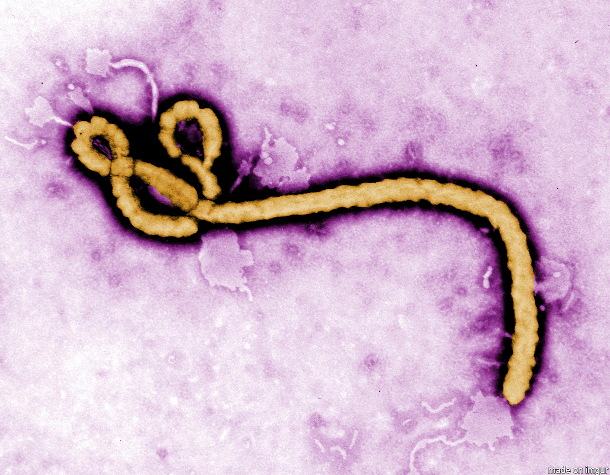 According to the latest report, WHO and the local authorities are following the same pattern of not-quite-getting-it they did in 2014, which turned out so well in West Africa:


The outbreak remains active predominantly in Beni Health Zone, although additional risks remain following the confirmation of EVD cases in Butembo and Mabalako.


"Since the last report was published, alerts were investigated in several provinces of the Democratic Republic of the Congo as well as in Uganda. To date, EVD has been ruled out in all alerts from neighbouring provinces and countries."

So, as evidence, perhaps, of a merciful deity, and evidence supporting the efficacy of the current experimental vaccine, it hasn't escaped the lab. Yet.

"A recent increase in the incidence of new cases reflects the multitude of challenges faced by response teams in recent weeks."


They also failed to report any numbers regarding ongoing pro-active vaccination, which to date seems to be the only thing keeping this outbreak localized.
I have no idea whether this is because they aren't doing that any more, or just don't have the numbers, or what.

The current tally is 122 dead. 21 days ago, they had only 147 cases. Which puts the actual practical mortality rate right at 83%, not the usual Wikifucktardia posted rate of 63%. And the number of contacts has jumped again, from 1400 to north of 2100, an increase of 50% in less than 2 weeks. And the local jackholes have been shooting up the place in the interim, hampering efforts at containment and contact tracing, like we knew it would.

And of those infected, 50 have been "cleared" (meaning they're only carrying live virus in bodily fluids essentially for life, and infectious to sexual contacts and offspring for years).

If TPTB in the region can vaccinate all those contacts and all those around them, this thing gets snuffed.
If.

If not, it turns into 2014 all over again, and we're just waiting for it to get lucky, get to a major city or jump the international border and fester for a couple of weeks, then blossom where there are no Ebola Treatment Clinics or vaccination efforts in place, and we're off to the races.

In short, this isn't exponential growth.
It's merely horizontal growth, waiting for a catastrophic breach in containment.
In Africa.
Amidst people who think witch doctors and evil spirits are a thing, and have to use their feet to count to twenty (if they even can).
That will turn out well.

Ask a Vegas pit boss what happens if you keep rolling the dice enough times...

My greatest fear is this gets here or Europe, and finds a domestic reservoir species. Then we get the glories of sporadic outbreaks and almost pandemics for freaking ever.

What's that phrase? Oh yeah, Africa always wins. Not a good thing when messing with ebola.

In looking at the details, the real kicker is that apparently 14 of 29 new cases don't have clear links back to previous cases. Last week that was around 5 and a couple of weeks ago they could, in theory, follow a chain back on all new cases...and they have had to shut down again because of violence in Beni...last shutdown was 4 days and the new cases jumped 2.5 times.
The guy spinning plates on poles has tripped a couple of times and more and more plates are starting to wobble...badly.

I think this one is out of control. This report of Ebola being transmitted in a school along with the lack of new vaccination data makes me believe its going to jump containment.In-school transmission
New York City–based humanitarian nonprofit the International Rescue Committee (IRC) said today that the disease has now spread in a DRC school. The IRC also noted in a news release that the number of new cases each day has more than doubled since Oct 1, likely spurred by a suspension of response activities late last month in Beni because of rebel violence.

"This is a sign not only that the outbreak is not under control, but that without full engagement from the community, things could get a lot worse," said Michelle Gayer, the IRC's senior director of emergency health.

Gayer added, "We have recently seen the transmission of Ebola within a school, opening up a new front in the fight against the disease." She expressed deep concern over interruptions in response efforts in Beni.

"We are operating within a highly volatile environment where the security situation continues to deteriorate, threatening the lives and livelihoods of the community and disrupting the response. Programs are again suspended today due to unrest and violence. Each time the Ebola response is interrupted lives are at risk. Teams are not able to trace the contacts of patients, vaccinate those in need and ensure safe burial practices," she said.

"We are at a critical moment in the response and our teams are highly concerned that the number of new cases could continue to escalate," Geyer said. "It's vital that over the coming days organizations continue to work alongside the local community to strengthen the relationship and work to increase access to people in need."

No quick end in sight
Peter Salama, MD, the WHO director of emergency response, told Reuters today that he sees no quick solution to ending the DRC epidemic.

"We anticipate that now we'll be looking at least another 3-4 months in order to really stem this outbreak, with a strong focus in Beni and surrounding areas," he said. "I'd say that's the best case scenario."

Salama added that the next few days will reveal whether the latest wave in Beni is over, and much depends on the security of responders in the region and the level of community resistance.

"If, however, this peak is accompanied by a peak in insecurity which limits our ability to get to all these cases and their contacts, then we could see a much larger wave building. A lot is depending on that security situation," he added.

i monitor this at the university of minnesota cidrap, a division of the Mayo.

But they're fumbling the football at a critical moment.

Diseased corpses of Ebola victims STOLEN by their distressed families

I *hope* it was by their families

That should help things out in the region quite a bit. (Not!).
With any luck, the kids infect the guerrillas, and solve the problems of both groups.