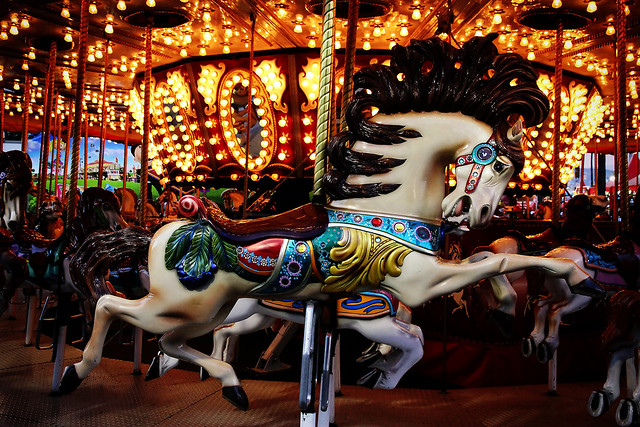 The clean-up of Ebola victim Duncan's apartment generated 140 drums of infectious hazmat waste, which will all be incinerated. The final tally is that the cleanup costs will top $100,000. And if you live in Texas, you're paying for that, since TX government has indicated it'll pay that bill.

Brazil is sweating out the blood tests on a missionary returning there from Guinea who had a fever.

Paris has had two false alarms in as many days.

US ERs are "gearing up" after over 100 false alarms, with more to come.


I have seen several people who had acute illnesses worried that they may have Ebola," said Dr. Mark Reiter.

He works as an emergency room doctor in Tennessee. He's also president of the American Academy of Emergency Medicine.
Reiter says patients in his state are unlikely candidates, not having been to West Africa, nor having had any contact with a symptomatic Ebola patient.

Unfortunately, no one has any idea what they're going to do when patients show up without such travel, and can't name an obvious direct contact, other than start treating every case as the real thing, or else risk turning more infected people loose back in the population.

The false alarms now include some stupid bastard who sneezed, then joked that he had Ebola, on board a Philly-Dominican Republic airliner boarding for takeoff, triggering a full hazmat response. Hopefully the SOB will be prosecuted exactly like people cracking "bomb" jokes, and be put on the No-Fly list for the next 50 years. Maybe Greyhound will think he's funnier than US Airways or his fellow passengers did.

Most ominous development of all , Liberia has now banned all reporters from Ebola treatment centers:

Government spokesman Isaac Jackson made the announcement as he was questioned on a radio phone-in show about reporters being barred from covering a strike at a Monrovia Ebola treatment unit (ETU).
"Journalists are no longer allowed to enter ETUs. These journalists enter the ETUs and cross red lines," Jackson, the deputy information minister, told listeners to commercial station Sky FM.The minister said he would insist that journalists report his statements from now on rather than what they saw for themselves.
Liberia's announcement came after soldiers prevented the media in Guinea from investigating the murders in September of eight people, including three journalists, during an Ebola education visit.
In Liberia, medics have been banned from communicating directly with the media, RSF said, while Sierra Leone has threatened to adopt draconian measures against journalists criticising its Ebola response.


Typical banana republic media relations: When you don't like the news, shut them up and kick them out. So, what would make them want to shut the press out?


"Most of the workers are no longer coming to work. The few ones who come don't work. We don't have the manpower needed to do the work here at the centre," director Atai Omoruto told reporters before the government clampdown.
Omoruto said the centre had been designed for a maximum capacity of 150 beds but had been forced to take in 300 patients.
Alphonso Wesseh, representing the clinic's healthcare workers, told AFP the government had refused to pay benefits for dealing with Ebola and salaries were as low as $250 a month.
"We cannot work under these conditions. We are risking our lives every day and the government remains insensitive to our plight. This is not human."

So they're already delivering sketchy care, and workers have largely fled, which indicates that the official reports are simply pure BS. So how stable are the governments?

The [Liberian] government announced on Wednesday it was postponing nationwide senatorial elections which had been due on Tuesday next week, with no new date yet announced.

The United Nations said on Friday it had quarantined 41 personnel from its Liberia mission, including 20 soldiers, following a second Ebola infection among its staff.
The measure came two days after the mission, known as UNMIL, announced an "international staff member" working in its medical department tested positive after complaining of symptoms consistent with the Ebola virus.

The healthcare workers have fled, the UN is overwhelmed, and the local governments are tightening freedoms as their control over events becomes even more tenuous.

Next up: governmental collapse, and infected and potentially infected people flee into Ivory Coast, Mali, and Senegal, the three contiguous countries, and the merry-go-round starts another circuit.

Meanwhile, up to 3000 US troops will be on the ground in a country in meltdown, amidst a deadly contagion, and with minimal self-protection or evacuation options, and potentially no clear plan in place for such a contingency.

This gets better by the day.
Perhaps I had the wrong horses pictured. Let's try something more apropos:

Obola - Change You Can Believe In said...

You are spot on:

If I had to make a guess, I'd say they weren't grunts or supply types. If anything, they're probably NBC types with some grunts to pull security. NBC = Nuclear, Biological, Chemical. We've got tremendous stockpiles of NBC gear designed to keep us grunts from catching the crud or having our eyeballs melt or whatever.. the dedicated NBC types have some serious gear. Makes a HAZMAT suit look like a Speedo. When one tiny drop of something like Sarin or Soman can kill you deader'n Julius Cesar in very short order, you have to have some serious gear and the training to backstop it.

Still, I wouldn't want to be those guys... better to keep an asset like that here. NBC types are pretty well trained, which takes time and effort and an investment of resources. They don't grow on trees and can be hard to come by. Harder to replace when folks find out what happened to the previous bunch.

West Africa is a lost cause, because incompetence, stupidity, corruption, etc... spending a valuable asset like 3,000 NBC types (or howevermany there are) to deal with a lost cause is stupid. At least if we keep our own assets here, we can make an effort to take care of our own...

Homecare is a death sentence for entire families, until the last person at any infected home dies, alone.

It is the functional equivalent of putting the entire nation - 5.7M people - on terminal hospice.

"Typical banana republic media relations" Sounds exactly like the US shutting out reporters and Congressmen from the shelters housing the thousands of illegal aliens streaming across the southern border. Yep, we are a banana republic with a real tin pot dictator.

I read something the other day about why(?) we were sending 3000 troops to Libiera. The article was about the head contractor who was going to be in charge of building one hell-of-a base there. The head contractor was said to be making $920,000 a year to head things up. OK, so why do we need a base in Africa? Because we don't have one...and China does. Why not use ebola to cover our butts?

And next, may I ask? Instead of suiting up the health-care workers with protective gear, why aren't the ebola patients put into a "bubble" of some sort?
They are most likely going to die, all their juices will be retained within the bubble, and when death comes the whole thing can be wrapped up and burned?

Under the heading of "Most Ominous", I can foresee the culling of herd, in the same manner as a farmer culling chickens with coccidiosus.