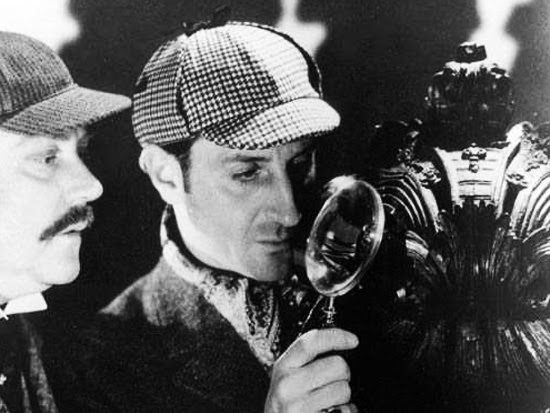 And another Cluebat slams into the Head Ebola Monkey:

About 70 staff members at Texas Health Presbyterian Hospital were involved in the care of Thomas Eric Duncan after he was hospitalized, including a nurse now being treated for the same Ebola virus that killed the Liberian man who was visiting Dallas, according to medical records his family provided to The Associated Press.
The size of the medical team reflects the hospital's intense effort to save Duncan's life, but it also suggests that many other people could have been exposed to the virus during Duncan's time in an isolation unit.
On Monday, the director of the Centers for Disease Control and Prevention said the infection of the nurse means the agency must broaden the pool of people getting close monitoring. Authorities have said they do not know how the nurse was infected, but they suspect some kind of breach in the hospital's protocol. CDC officials said there were chinks in that protection at Texas Presbyterian, but they have not identified them and are investigating.
Caregivers who began treating Duncan after he tested positive for Ebola were following a "self-monitoring regimen" in which they were instructed to take their temperatures regularly and report any symptoms. But they were not considered at high risk.
Typically, the nurses, doctors and technicians caring for a contagious patient in isolation would be treating other people as well, and going home to their families after decontaminating themselves. The hospital has refused to answer questions about their specific duties.

Having already decided where the blame lies, it's nice of them to quietly begin re-arranging the deck chairs on the S.S. CDC, and perhaps sending someone belowdecks to start bailing some of the water out of the vessel, eh?

Next genius idea: Let's open up an Ebola General Hospital in every state!


U.S. and local  health officials want to set up dedicated hospitals in each state for Ebola patients, part of a new emphasis on safety for health-care workers after a nurse caring for an infected patient in Dallas tested positive for the virus.
The U.S. Centers for Disease Control and Prevention is also reconsidering its existing infection control protocols and will boost health-worker training with a series of calls and online seminars, officials said yesterday.
“We’d like to have at least one hospital in every state that does feel they could manage a patient from start to finish,” said Abbigail Tumpey, the CDC official in charge of the education outreach. So far, the new system is only in the discussion stage, and one issue is that there are currently only four U.S. hospitals with top-level bio-containment units.

Mind you, this is still only at the "we're just spitballing dumbass ideas here, and any resemblance to intelligent thought is purely coincidental" stage.
Chiefly because:
1) Who's going to fund that, and with what money?
2) Where would they put them?
3) Who do they think they're going to get to work in Ebola General?
4) Where are they going to whistle up all the equipment, supplies, and infrastructure a hospital requires?
5) And they're going to transport patients across states the size of Texas or California...how exactly? With the one actual airplane currently available for BL4 transports?
So yes, other than not being able to pull 50 entire hospitals out of their @$$#$, this is a great idea!
This ad brought to you by Unicorn Industries, the Underpants Gnome, and the Tooth Fairy.

And in other Breaking News, Nurses Are Concerned!
I told you about this survey here, 10 days ago:


Out of more than 1,900 nurses in 46 states and Washington D.C. who responded, 76 percent said their hospital still hadn't communicated to them an official policy on admitting potential patients with Ebola. And a whopping 85 percent said their hospital hadn't provided educational training sessions on Ebola in which nurses could interact and ask questions. The survey also found that 37 percent of nurses felt their hospital had insufficient supplies for containing the deadly virus, including face shields and goggles or fluid-resistant gowns.

Appropriate measures would include ongoing training sessions for nurses and demonstrations of how to correctly put on and take off protective equipment, a registered nurse at the association told NBC News a week and a half ago, weeks after the group had begun collecting data on hospitals' Ebola readiness.
"The number that's probably the most appalling to us is the question about has your facility done training programs," Idelson said. "That's the one that may be the most critical here, and the fact that 85 percent of the nurses still say no, that may be the most alarming number in the whole survey."

But just to give the Flying Monkeys of Jackassery and Pigheaded Inability To Face The Obvious a chance to respond, NBC felt compelled to "balance" their report with this turd-nugget:


Other nurses' groups have downplayed the survey percentage numbers, pointing out that infection prevention — for Ebola or any other contagious disease — is standard education in nursing.

Thanks for that tip, boneheads. Believing that nonsense worked out so well in Dallas so far, didn't it? So who's the newest Flying Monkey of Jackassery they quoted?

"What everybody needs to remember is that we have infection control procedures for a lot of patients, not just Ebola, and all of us receive that training, some of us on an annual basis," said Deena Brecher, president of the Emergency Nurses Association.

The California Nurses Association survey numbers may be deceptive if they included nurses who don't routinely use isolation procedures, such as outpatient nurses, Brecher said.

Why thanks, Deena.
Some of us may have actually had infection training in the last 12 months!?! Mirabile dictu!
And hey, thanks for lying with partial truth by omitting that means that most don't receive such training, and that to a metaphysical certainty 99.99999% of it, even for those who did get any, had ABSOLUTELY NO EBOLA-SPECIFIC COMPONENT BEFORE NOW.
Which is just a little teensy shade different than suggesting that this is no big deal, and downplaying those exact concerns, you disconnected blithering airborne baboon.

That such training is worthless without the equipment required, another concern brought up in the same surveys, is just frosting on the cake.

And stop blathering on about how "surveys may be deceptive", while you stupidly overlook the obvious fact that outpatient nurses are going to be just as involved as nurses in the ER when patients come to their DOCTOR'S OFFICE for initial Ebola symptoms.

Seriously, Jackass, did your nursing diploma come on top of the Cracker Jacks, or did you have to pour them out first to find it? Now go back to your office and re-arrange the binders, quit taking interview requests that are beyond your intelligence level, and stop embarrassing the entire profession of nursing, before you get people killed. When we need to know the Official Stupid People's Point Of View, we'll call you for a quote.

Because those fish in the barrel aren't going to shoot themselves.
Meanwhile, your hat and chair are in their customary location. 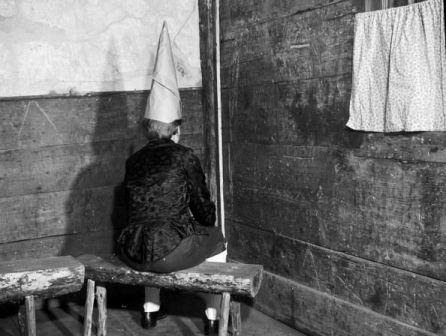 Yeah, we have a problem. While the first instinct of health professionals is to help people in need of treatment, even at some risk to their health and family life, dying a horrible death and possibly being the instrument of infecting family and friends with the same is just not part of the bargain. This is particularly true when the government is lying to EVERYONE about the risks, and their own hospital or employer is clueless, doesn't care and doesn't have the right equipment or procedures. Lots of these folks will either call in sick or quit, and who could blame them. Which begs the question of how this can possibly be managed/dealt with ifhalf or more of your people run away?

I like your snark. There are gaps in the chain of infection in a hospital that you can drive a truck through. The idea that we would blame the victim of big systemic problems is just wrong. The nurse in Dallas was wearing "PPE Light" which is inadequate for this deadly, virulent, disease. We need to figure out all the gaps in hospitals, and plug them, pronto.

Thanks for the continuing info. I heard today (not confirmed) that Presby ER closed it's doors, not because of decontamination needs, but because they couldn't staff it as too many called in/refused.

I suspect with Deena Brecher you're attributing to stupidity what should rightly be blamed on deliberate misinformation (ie. Evil).

Who is it who 'always' ends up 'representing' trade/profession/student bodies?It sure as hell isn't the 'best and brightest' but the professional (always leftie) SIF/grievance-monger/marxist types. Further, they then go on to guarantee that, useless as they were, they 'never' actually 'do' the job they were hired for, having to spend so much time working (in a nice air-conditioned office), travelling (to exotic locations and five star hotels) and paying themselves extremely large wages out of the (forced) contributions of those they profess to represent (but often despise and use to further their own political/ideological beliefs/aims). Because, let's be honest here, nobody with even the slightest ability, knowledge, skill or interest in their profession really wants to spend their career doing none of it, so 'only' the blowhards who only went into the profession as a way of getting some power over it ever end up 'representing' it – period.

So (good old) Deena feels safe following her natural leftie inclinations and the party line because it's almost guaranteed 'she' will 'never' be the nurse wiping vomitus/blood/organs off her shoes and wondering, being 'tied up' in a nice meeting somewhere safe instead.

(I, in a career of twenty years here in the UK, have worked in only one hospital where in a major incident/mass casualty situation we A&E staff were able to 'require' senior staff/reps to attend and aid. Guess which hospital was the only one where we had sufficient staff, equipment, support and protocols in effect? Oh, and for the record all of them were so out of touch/date the best they could do was basic obs/fetch-and-carry/get-in-the-way).

Thought you'd like to know that www.newsplex.com in Virginia reports a possible Ebola patient presenting to a free clinic in Richmond is in isolation (where?--at the clinic or some Richmond hospital?) and is being tested---but according to the story, NOT YET for Ebola---that testing will be performed IF it is deemed "necessary".