Six Degrees Of Ebola - For The Geographically Challenged 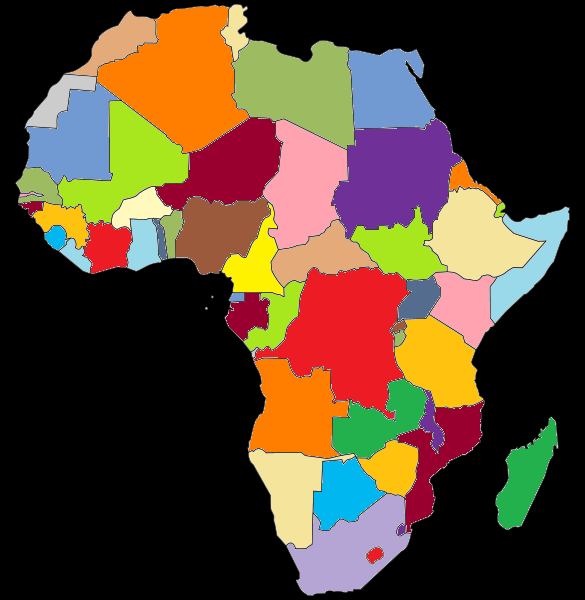 As one hilarious wisecracker posted elsewhere yesterday when I added that Mali had gotten on the Ebola Scoreboard, "Oh God! Not Mali!!! {runs to Wikipedia}

Which is fair, funny in a 7000-miles-from-me way, and a reasonable observation.
Fair enough; not everyone liked maps since they were little kids.

The problem is this:
When Ebola was (more-or-less) contained in one country, it was "just another small potatoes Ebola outbreak" in equatorial Africa. Quick flare, bodies, and poof! it's over.
But instead, it travelled by bus and taxi to the densely populated slums of the capitol, and crossed two (and later three, out of six) of the neighboring borders. And then proceeded to those densely crowded capitol's slums, and we've been off to the races trying to catch it - and abysmally failing - every day since then. That's precisely why it's now A Big Thing.

And now it's gotten to Mali (pop. 16M+). Nearly as many people in one country as there are in the other three combined. Carried there by a two-year-old, and her loving idiot grandmother, on public busses, straight to the capitol of Mali (Bamako, pop. 1.8M), and its teeming slums.

Clever people will notice a pattern.
(And arguably, most of Africa is a teeming slum.)

And with Mali doubling down on teh Stoopid, it bears noting that it shares borders with four additional countries not previously at risk, and the president of that landlocked nation has officially announced that they won't be closing their borders at all.

In more obvious terms, this is like deciding, in the midst of a forest gloriously aflame, to build your house out of gasoline cans, and pointing fireworks at your neighbors' houses as well.
And then storing kegs of gunpowder inside that house.

We aren't losing to Ebola because we don't know how to stop an epidemic.

We're losing because no one is willing to do it.
It's too hard.
Too politically unpopular.
Too inhumane to those trapped in the Hot Zone.
Simply too damned mean.
And the "leaders" around the world, top to bottom, are simply too craven and too stupid to take the most obvious and basic epidemiologic steps to contain the spread.

So instead, we're going to kill the entire world. With kindness.
And wish on a unicorn, and think of butterflies and puppies, while we pray for miracles.

What's desperately and unpalatably called for is some tough love.

But everyone involved is too squeamish to come out and do what necessity demands, and instead, they're all diddling themselves, and will continue to do so, until nothing, not even the most draconian measures, will then avail.

And for the perennial pollyanas, who're sure that the outbreak in Mali won't spread, and the case in NYC won't spread: That's what they said when it was just in Guinea. And when it was just in Guinea, Liberia, and Sierra Leone. And when it was just in Dallas.
Nota bene, dumbasses, that it's come to the U.S. twice already, skipping over 87 intermediate stops, because international jet travel, and clever government inattention, incompetence, hubris, and childish magical thinking.
It's a free country: wait for it to personally bite you in the ass at your own peril.
I promise to laugh at your plight from afar, come the day.

I say yet again:

Make appropriate personal preparations, while you yet have the time and wherewithal.
When things go to shit everywhere, as they continue to do like a Chinese water torture, drip by drop, that option will not exist for you, or for anyone else. 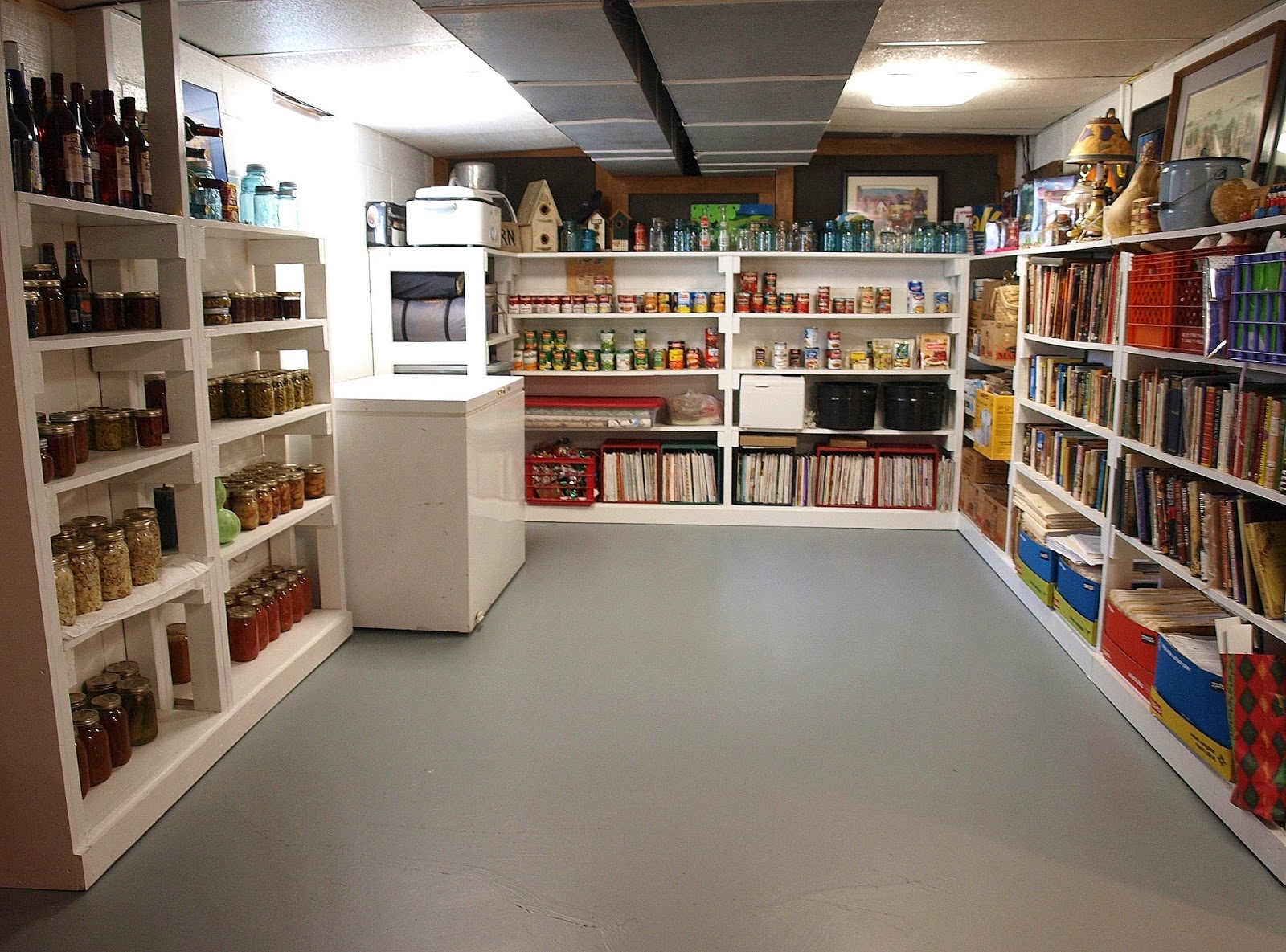 Every case outside of the original area of Guinea,then the "original" areas of Liberia,Sierra Leone,and Guinea is one step closer to Ebola becoming a pandemic.
The mathematically challenged population of the good old USA is too busy watching election commercials,"reality TV",baseball and football to comprehend what exponential means in relation to the spread of Ebola.
That and there are far too many who are members of the rainbows and unicorns club,the every white person is a racist,or white privilege is real clubs who believe it's just not right to isolate an entire city,or cities-or country-or countries.

As you have stated-many times,this...
"Make appropriate personal preparations, while you yet have the time and wherewithal.
When things go to shit everywhere, as they continue to do like a Chinese water torture, drip by drop, that option will not exist for you, or for anyone else."

Is the wise thing to do,the best and smartest plan for those who wish to survive the coming clusterfuck.
The old "beans ,bullets,and band aids saying applies here-along with water filtration/storage,lots of bleach/pool shock,and some PPE stuff.
Things will be a bit more difficult for those of us stuck in or near the big cities,not impossible to survive-just more difficult.

From my Facebook page.. no responses, I think people were stunned.

I have completely given up on trying to smack down people who don't understand exponential growth. I'm done listening to people who say that listening to Fox News is what causes any fear of Ebola (I don't watch television news). I'm absolutely done trying to explain that it's too late for three African countries now - not because of beds but because of the lack of health care workers. If people haven't figured this out by now, then I figure what's coming is a worldwide freaking I.Q. test and nature's gonna have at it.
A pandemic is coming, and normalcy bias isn't gonna save any asses. Nobody can produce enough vaccine in time to save the world and if the exponential growth continues (remember Ebola's magic number - R2!) they have until SEPTEMBER of next year before the majority of the world is dead or managed to survive the outbreak. Period. End of. You can stop flights to delay things, but you're putting off the inevitable or giving vaccine makers enough time to save as many people as possible, but you show me ANY production lines that can produce 7.5 BILLION vials of vaccine in 2 years (2 years instead of 1 assuming people finally pull their heads out and institute strict quarantines - something they figured out in the fucking DARK AGES but we can't sort out now).
Anyone? Anyone?
No. Quarantine yourselves when it gets bad and wait for the vaccine (which means becoming an "insane prepper"), or be taken out. I'm done with idiots who can't comprehend math or the fact that something doesn't need to be airborne, it just needs to be infectious as all hell.

Yeah, I love it when TPTB say don't worry, "his fiance and friend aren't sick." And leave of the giant "YET."

Or the asshats that are saying that "it's only a couple of cases." Well dumbass, that's how it STARTS. It ends with the fall of civilization.

And just maybe, Dr Arrogant really didn't screw up (but the way he's mugging for the camera in his PPE's--look at me in the silly suit! doesn't exactly spell seriousness) and this thing has finally gone airborne. Wouldn't that be a treat.

I switched from 'local disaster' prepping to '6 months on my own' prepping a couple of months ago. Man-o-man am I glad I've got some bulk stored. Now it's just adding and fine tuning.

Use your time wisely.

Ahh, the old redundant guy chimes in again... TPTB are not willing to step up to the plate. Facts and the truth, mathematical certainty and the numbers don't lie. This post and the above comments should be required reading; the Lord knows that if survivors in the future find them and read them, they will be seen as prophetic. There is no time for vaccine, sorry. No time for training the thousands of health care workers. It is nearly too late to isolate, close borders, and keep the infected away from the uninfected. Remaining is this lone sentence, from the voice crying out in the wilderness...
"Civilization, to save what was remaining, became uncivilized. To save itself and halt the pandemic, mankind turned to.... napalm. "