Light At The End Of the Tunnel

The Ebola epidemic in west Africa may have reached a turning point, according to the director of the Wellcome Trust, which is funding an unprecedented series of fast-tracked trials of vaccines and drugs against the disease.
Writing in the Guardian, Dr. Jeremy Farrar says that although there are several bleak months ahead, “it is finally becoming possible to see some light. In the past 10 days, the international community has belatedly begun to take the actions necessary to start turning Ebola’s tide.
“The progress made is preliminary and uncertain; even if ultimately successful it will not reduce mortality or stop transmission for some time. We are not close to seeing the beginning of the end of the epidemic but [several] developments offer hope that we may have reached the end of the beginning.”
Farrar’s comments come as the WHO confirmed that the number of Ebola cases in Liberia has started to decline, with fewer burials and some empty hospital beds. But the WHO warned against any assumption that the outbreak there was ending.
“I’m terrified that the information will be misinterpreted,” said Dr Bruce Aylward, assistant director-general in charge of the Ebola operational response. “This is like saying your pet tiger is under control. This is a very, very dangerous disease. Any transmission change could result in many, many more deaths.”
Data appears to show that the number of burials and lab tests requested for the virus are down and the numbers of empty beds in treatment centres are up - there have been reports of as many as a hundred. Aylward said huge efforts to educate and inform the community on the risks of Ebola and how to avoid infection and bringing in safe burial practices may have made the difference.
But infections could shoot up again, as they did in Guinea. “The danger is that instead of a trend that takes us down to zero, we end up with an oscillating pattern,” he said. Getting to zero will involve grindingly hard work, identifying every Ebola case and tracing all the contacts. Without that effort, Ebola will remain at a lower but still dangerous level.
There have now been 13,703 cases, said Aylward, and he expected there would have been over 5,000 officially recorded deaths, although that number is not yet confirmed. Many cases and deaths are unrecorded. The death rate is 70%, although slightly better in treatment centres.


I'd like to be optimistic, but telling people that things are looking up as the tally skyrockets to nearly 14000 cases sounds to me like whistling past the graveyard.

I suspect any empty treatment beds have more to do with people finally giving up on going to them at all, as it's a known death sentence, and electing instead to simply die in place at home, thus condemning their families and neighborhoods to more Ebola, indefinitely.

More new Ebola cases in the last 30 days than the total of all cases in the prior 9 months, and spreading it to 3 more countries for the first time, doesn't strike me as an epidemic that anyone's getting any sort of handle on. 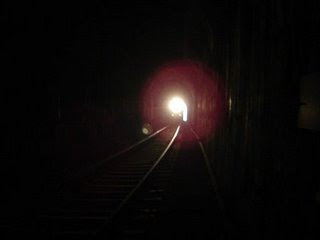 So now it's 13,703 cases, known with a precision that seems quite astounding to me.

Before this, I'd have guessed that most of the political appointees and patronage job time servers in the public health positions in countries like those affected would have a hard time counting the number of pencils in their desks to that level of precision.

Astounding to be able to look at an area with more than 20 million people, most without reliable electricity or running water, and say "exactly this many, no more and no less."

Whenever I see this degree of precision used to describe something that is extremely tough to measure, I know it is BS. ESPECIALLY when the next line of the report says "Many cases and deaths are unrecorded."

They hold up a precise, shiny number and it is supposed to imply competence and control in the minds of the reader. I'm calling shenanigans.

Also there is no mention of specifically WHY he thinks the tide is turning. Is it the promises of help? Because those look like too little too late to me. Is it the drug trials? They are just trials, and may prove to be ineffective, as most drug trials do.

And finally, "WHO confirmed that the number of Ebola cases in Liberia has started to decline." That sounds good but what does it actually mean? The total number of cases has INCREASED. There hasn't been any reported decrease in lethality,so what is declining? Even if it is the rate of new infections that is slowing, I don't see that backed up by the numbers. It looks to me like WHO is just throwing this statement out there to make people feel better and it's pure fantasy.

It would be nice to see some of the raw numbers, and see if there has been an unnatural increase in deaths from other causes. That would point to body collectors issuing false death certificates. It would be enlightening to know that there have been 5000 more deaths this month from "natural causes" than last month, for example.

Anyway, keep up the good work Aesop. At some point, as your fame increases, you are likely to start getting inside info that someone feels the need to share with the public. Any interest in sharing your page view numbers?

I can see that light as well.
Its a freight train doing 60mph.
Oh well, i doubt he could be honest, he's selling his
vaccines after all.

My apologies if you're not a fan, but this song is so appropriate for this post I had to share it.

By the way, thank you again for the FANTASTIC (if terrifying) reading this past while. Straight talk is so rare, it's refreshing.

That's why I usually put the "official" numbers in scare quotes, because everyone incl. WHO/CDC know they're hogwash, but they're the only hogwash we've got.

Like an inaccurate dial, it may be wrong, but at least if it's consistently wrong you can add in a fudge factor.

In the case of Ebola numbers, that Fudge Factor is now commonly believed to be 3.

And everybody lives with it, because there's nothing else to be done, plus the precision of saying 40,000 cases would underline the utter futility of any further effort to save a house that's fully engulfed in flames.

I wonder if this isn't a rouse for mandatory vaccine headed to your locale soon? Drug companies as well ad big government could have a lot to gain if this was in fact the case.

Nick, that's good thinking (about insider info), but another possibility: They try to give him the Sharyl Atkisson treatment. As Aesop's fame grows, and people rely on him for the straight poop, Sauron's eye may look his way. Stay frosty, and many thanks Aesop.

I note that Aesop's server seems to be outside the US. That should help.

Although the blogger comments page is inside the US.

Dang, now that I said that, I don't see the .de address anymore.

Where did all the people go? I think this Obola thing is a de-pop operation by TPTB. They've got the vaccine so they aren't worried. Just a Wild Ass guess but the incompetence of dealing with it suggests an enemy action.

Aesop, yer a friggin bulldog, run with it man.