This Is America - Every Day, Forever 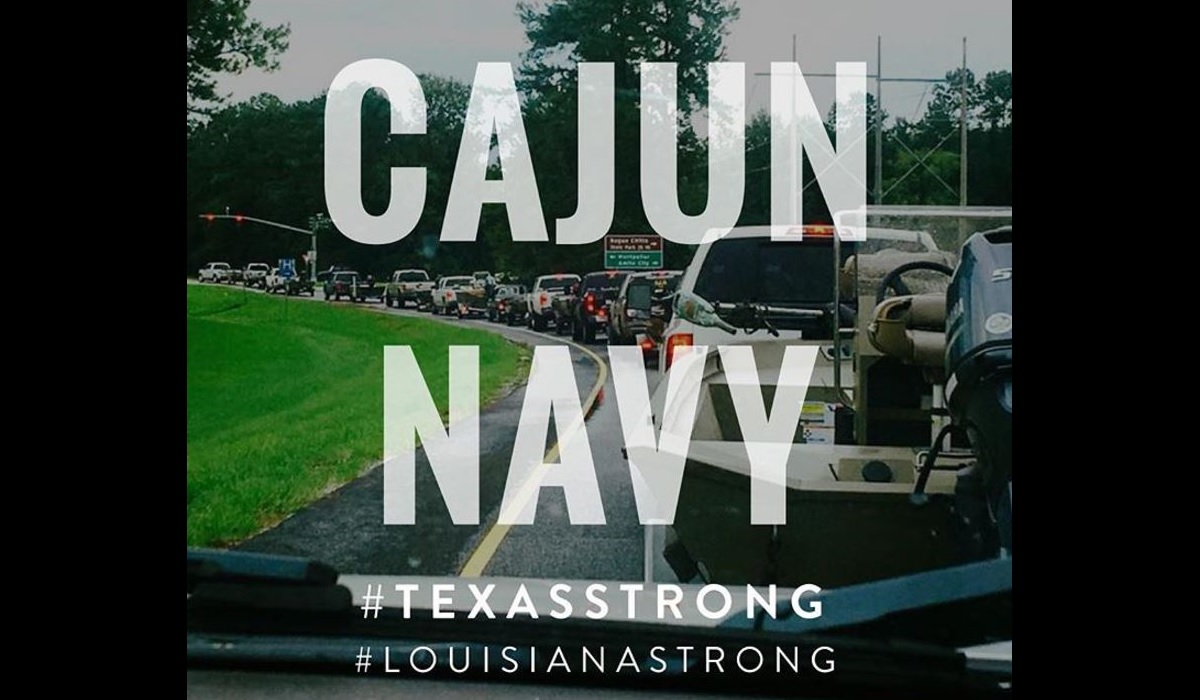 Nobody drafted them.
Nobody's paying them.
They make the time, even leaving paying jobs at their own expense.
Nobody bought them those boats, or paid for their gas, or stocked their coolers with water, food, blankets, life jackets, first aid kits, and what not.
They brought it from home.
They just show up.
Every. Single. Time.
And when the waters recede, they'll be the same folks who'll show up with their own chainsaws, trucks of every size, front-end loaders, shovels, strong backs and willing hands, to help clean up and get folks there back on their feet, and back in their homes.
(Somebody call HopeyDopey, and remind him "Hey, @$$hole, YOU didn't build THAT." )
President Trump, by contrast, will probably give them the only thing that matters to people like this: his thanks, and that of a grateful nation.
Nota bene there isn't a single Antifa thug, BLM douchebag, or miscellaneous gender-confused jammie-clad cocoa-sipping pussified social justice warrior anywhere to be found here helping out. They're all cringing in fear, scared shitless by century-old statues, too busy beating up bystanders, and trying to burn the country where these folks live and work to the ground. That's all they're ever good for. But you won't see that on Communist News Network with Don Lemon, or anywhere else on ABCNNBCBS either. 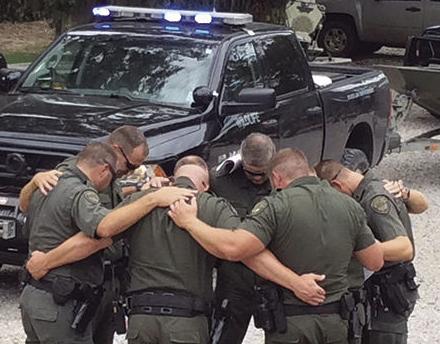 This kind of picture doesn't fit the media narrative either.


All you see here in the other images are just ordinary folks.  Pure-bred, corn-fed, meat-eating rednecks, to the last man, woman, and child. The kind of people real Americans would be proud to call neighbors.

Feel free to bookmark this video.
When the antics of The Usual Communists, whether on the streets, or in the corridors of political power, start to make you doubt the intrinsic resiliency or strength of this republic, wander back here, and take a good look again.

The Left on its scariest day can't wreak the destruction of a single hurricane, and the Cajun Navy, Coon-Ass Militia, and an army of by-God Texans spit in its face, kick its ass, and come back for seconds. Some idiots out there might want to think about that - long and hard.

I'll be back later. It's gotten awful dusty in here. 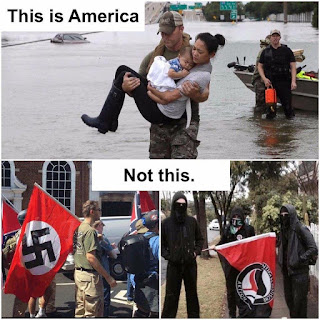 I remember in the aftermath of Katrina Sean Penn went out with two staff-members in a four-person boat to be photographed rescuing people, and the boat sank because he failed to put the drain plugs in. Rather than wear a life-vest, who wore a bullet-proof vest because reasons. Of course for what he spent to fly himself and his crew there he could have hired multiple competent recreational boaters who understand that boats only float when you keep the water outside of them, but then he wouldn't have had the photo-op.

But he meant well, that's what counts even when the world now has pictures of him sitting in a swamped boat in two feet of water with a bullet proof vest on.

Note, most victims black. Most, or all rescuers are white. Wonder what color the looters are?
Wonder how many editors it takes CNN to filter all that out?

Reblogged that in a nanosecond. Thank you for posting this.

A meme I made on the subject:

Thanks for this! And thanks to them!

+1 zillion!!! It's too easy, sometimes to despair at what we think our country is becoming, but then we see this, and realize that there are still heroes out there, and some of them are neighbors and friends!

Some days, you know when you feel the bat hit the ball that you've parked it.
The video did it for me.
I just wanted to pass it on.

Aesop, thanks, but now I have to change the air filters in here.

tweell, I'm withholding judgement on who (if any) was right between the Governor and Mayor until after this is over and we have some perspective.

Back in 2005 Houston evacuated in advance of Hurricane Rita. The roads were jammed with evacuees (24 hours from Houston to San Antonio, I've done it 6 without really trying). The jams lasted for days. Around 100 people died in those jams from heat stroke and other medical issues because vehicles could not run air conditioning (fuel and overheating) and EMS could not get to victims due to packed nature of the roads.

It's quite possible that, depending on when the order came, people evacuating for Harvey could have been on those now flooded roads when Rita hit.

As Murphy's Laws of Combat state: Anything you do, including nothing, can get you killed.

The Republican guy who lost to Turner for Houston mayor last time out had a NYTimes op-ed yesterday supporting Turner's decision not to evacuate. For the exact reasons Randy mentioned above. More people died in the evacuation than were killed in any Texas hurricane in the last 100 years or so.

He was right. Putting millions on the highways hours ahead of the storm would have been disasterpiece theatre.

Houston isn't in danger of a hurricane coastal storm surge; it's 45 miles inland.
The flooding is rain.

Folks should have either left long before, or moved to higher ground.
But common sense, isn't.

I have been reading your blog for years and your ability to get to the point and and stir emotions (in a constructive manner) are seldom equaled.

Thank you for this post. I would have thanked you sooner but, well, Harvey has kept me busy ensuring my sons, daughters-in-law, and grandchildren are safe.

I ask that you copy the link below and listen to the song by Kevin Fowler called "Texas Forever". The lyrics describe how we hold our blessed Lone Star State in our hearts and exemplifies the Texas Spirit.

Fact: Biggest rain event EVAH. Fact: "High ground" is 100 miles away west or north. Fact: Where are you going to put 6.5 million people? Can we stay with you? Care to work up the logistics of moving 3 million cars 100 miles north, northwest or west on 3 major roadways? FACT: There are about 35,000 evacuees. NOT 6.5 million. Fact: The flooded area is about 50,000 SQUARE MILES, including the 4th most populated area of the country. If "evacuation" had been ordered, the death toll would likely been higher than Katrina. PS, there is no "mandatory evacuation" in Texas.

True Americans! Thank You, All!

Point of order, Fifty Cal.
All of that is mostly true, except for a couple of things.
1) I knew Harvey was coming, from 2000 miles away, at least 36 hours or so in advance. And I was barely paying attention.
2) 100 miles is a day on a rusty bicycle. Two hours by car. If damned fools don't wait until the storm is already arriving in force to GTFO.
3) "High ground", for the most part, is one or two flights up. Like we occasionally yell at the idjits hereabouts, "Stop building houses in a flood plain."

Everything else you posted is absolutely true, and the reason why evacuation en masse would have been pointless, counter-productive, and lethal to no small number of folks in the short term.

In the long term, to paraphrase Professor Higgins: "The rain will drain mainly from the plain."

The stark contrast between the behavior of Texans and Cajuns now, vs. the members of the Free Shit Army in Nawlins during Katrina, has been both notable and praiseworthy, and a vast improvement of the latest example over the earlier incident.