Stop Me If You've Heard This One... 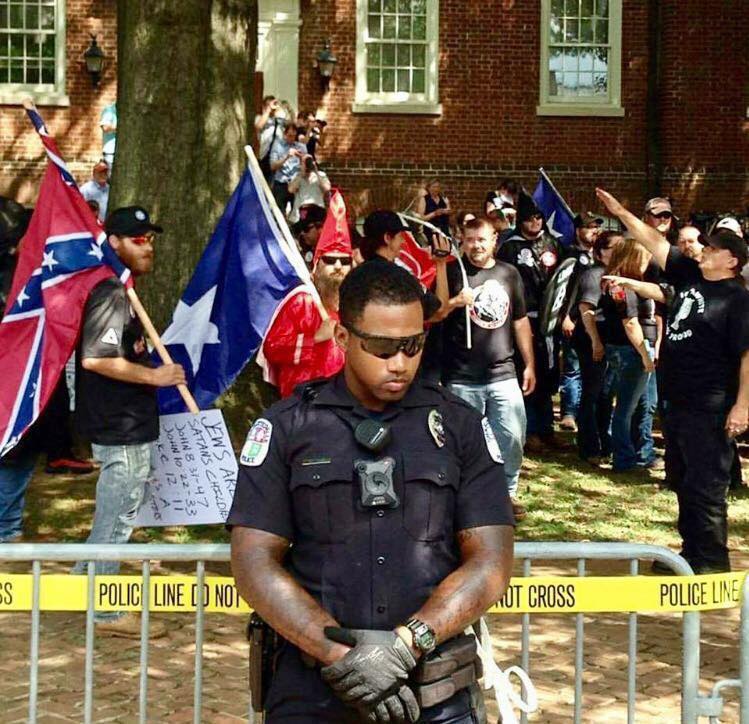 
One of the cardinal principles of 4GW is that before you ever set foot on the battlefield you should already be tilting the battlefield in your favor.  Don’t fight the kind of battle the enemy wants in the place that the enemy wants to do so. So my first piece of (probably unheeded) advice would be to stop having rallies in the first place, at least of the kind that are likely to degenerate into brawls with antifa and BLM.

The fact of the matter is that right-wing activism always fails.  You’re not going to be able to steal a page from their playbook and turn the Left’s game against them.  This is because the Right does not have the institutional support of the politicians, bureaucracies, and other elements of the state apparatus. As a result, antifa can get away with beating you because the police will arrest you when you fight back.  In fact, the police may openly side with the antifas, as they did in Charlottesville.  Is it fair? Of course not. But life isn’t fair, so get a helmet.  Earlier this year, I thought there might be a chance that the legal climate for legitimate self-defence against antifas might be changing, but I have since revised that opinion in the negative direction. So the question is, why show up armed with sticks and shields if you’re not going to be allowed to use them without getting a criminal record?  Why give unsympathetic news media the opportunity to tar you dishonestly to millions of viewers across the country?  There are other means by which antifa and BLM can be countered...

I'm hoping that if only a few hundred people keep intelligently telling Team Fucktard point by blistering point why they should stay home and try other methods, it will eventually penetrate their left-bell-curve IQs and bulletproof skulls that we're saying this because it's true, and not just to piss off the stupid people.

Tally up how many of the points I made here, here, here, and here you can find.
Almost as if I knew WTF I was talking about.

Labels: For The Last G#ddam Time Pay Attention, Stop me if you've heard this one before..., Team Fucktard

"A prophet is without honor in his own land." Thanks for trying, though!

Yep. But attention/media whores have to have their "rallies". Stoooopid.

Never fight the battle the enemy wants you to fight, because they are prepared for that fight, and you're not. Plan accordingly.

I really don't understand how people don't get this.

This is a repeat of the 80s when Right-to-lifers, whether marching or praying/protesting outside abortion mills, got the snot beat out of them both by abortionists and the cops.

I remember seeing footage of police in Atlanta practicing with using nunchucks for a Right-to-life march that was happening later that day.

The cops have never been freedom friendly.

So then we stop the rallies, stop the demonstrations. People don't see us anymore, we cease all operations.

And then we do what? What's next? I know what THEY will do next. All Confederate Statues will disappear and then the statues of the Founders will disappear. Then ANY statue of ANY white person. Then streets will be renamed, schools, etc.

THEY are going to DO that. And some of them will also keep attacking random whites on the street, "knockout game" style.

What are WE going to do?

@The Gray Man
"What are you prepared to do?"

By all accounts, most people are neither inclined nor prepared to do fuck-all.
Bitter or not, swallow that medicine, and move forward.

Do you live in the Blue hives?
Then street theatre probably isn't on the menu, nor should be.

If you aren't, then you can take a shot. You might notice that when Antifa tries things outside their comfort zone, it doesn't go well for them.

In case this wasn't obvious, Charlottesville had an unfriendly mayor, unfriendly cops, unfriendly state police, unfriendly governor, and was ground zero for tens of thousands of leftists at the university. And it's a lazy two-hour drive from D.C.

Let's, by all means, hold an outright Klan rally there, and see how many normies are willing to get beat up for their right to free speech, shall we?
And BTW, let's do not one single fucking thing to think this through pro-actively, even though we'll have two months to get our shit in one bag.

And, oh yeah, let's have the whole fustercluck organized by a (until 5 minutes ago) Occupy! organizer and Clinton/Obama supporter.

As I noted elsewhere, I have diligently perused every dead-tree and electronic list of "Things To Do To Prepare For ________".

By a strange coincidence, on exactly NONE of them, did I find listed nor explained, the entry "Protect Confederate monuments".
If your list is different somehow, explain that one to me. Please show your work.

The Leftards' 10-month crybaby hissyfits weren't working for them - not once - and in fact was making them an object of scorn, mockery, and public derision, including from their own nominal supporters, until dumbasses showed up to play the Washington Generals to Antifa's Harlem Globetrotters in Charlottesville.

If you ever saw "The Devil's Brigade", perhaps you can understand the disgust Pvt. Ransom's sprint and faceplant engendered from Col. Frederick on the return from the forced ruck march.
Do what you can, not what you can't. And if you're going to f*** it up, for the sake of everything, try not to do your spectacular faceplant in front of God and everyone.

And that's directed at everyone to whom it applies, not merely you, although you asked.

You or whomever, read the four links I posted in this post.
Make a farking list.
Then make a no-shit analysis of what you can do, and from there tell me what you should do, to get to where you can accomplish what you want to do.
This isn't hard at all, if folks just go in order.