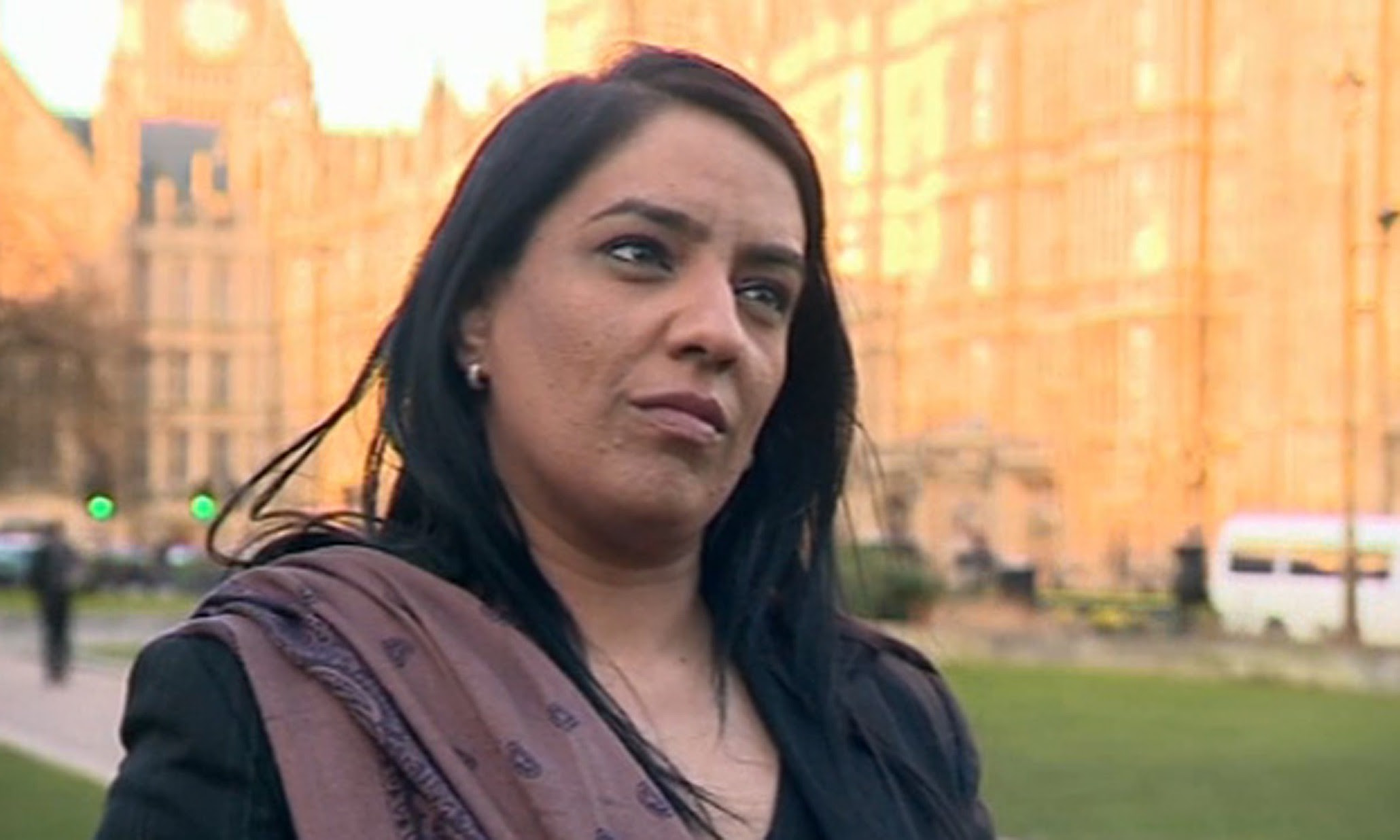 Yes, she really said that. Exactly that.

Time was, the authorities would have hauled her in as an accessory after the fact for that. If they could find any of her identifiable body parts the next day to haul in.
But that was back when men in the UK had spines and balls. Decades and decades ago.

I was going to title this post "This Is Eurostan - Every Day, Forever."
And it will be, in short order, unless someone finds the inner motivation to assemble this bint to a light pole by the neck with a handy length of rope. And then tug hard on her legs.

If some victim's mom from Rotherham shanks her in the powder room instead, so much the better.

WWII in Europe is about an inch away from being an entirely wasted effort.
We ought to dig up every American serviceman's remains there, repatriate them, and tell Eurostan that from here on out, they're utterly on their own.
Posted by Aesop at 12:43 AM

Labels: Silence!I Keel You!, this is your enemy

I have this feeling that there's still a hard core of decent Europeans. Things will have to get a lot worse before they rise up. Here also. You piss off White people at your own peril and our children will live in interesting times-unfortunately.

I don't know. The English people I speak to, including those in my family, seem to be a bunch of faint-hearted ninnies who would follow the diversity trail right to their own ends. My mother, who had the intelligence to marry a U.S. Marine, would be appalled, but again, both she and her siblings all decided to live OUTSIDE of England. The kids moved back, and yes, they're completely on board with this. When THEIR kids come here as refugees when St. Paul's Cathedral becomes a mosque, I hope I'm not alive to say "I told you so, and your parents were spineless."

The only people left on that island with spines are, again, in Cornwall, the only place there that repelled both Roman and Viking invasions (look it up - Cornwall doesn't have a single Norse place name and the Romans had a hell of a time - not many roads past the Truro), they're overwhelmingly Brexit, voted UKIP in record numbers, and they don't even like the English. Forget the Scottish referendum (so they can all apply socialism to each other until they're starving) - look to Cornwall to separate as soon as they can. They might be poor, but they're tough as nails and resilient.

Sorry.. Tamar .. it's been an exhausting few days. The Tamar separates Cornwall from England, both physically, and in the psyche of the Cornish.

Hanging? You reveal your cultural bias and islamophobia, sir. Surely wiping the makeup off of her uncovered harlot's face -- with a razor blade concealed in the cloth -- would be the first step. And if she doesn't get the message, thrown acid, followed by stoning unto death, would be more in keeping with the methods and mores of the diversity she values, inte så?

I write what I know.
Hung in an iron cage at Traitor's Dock would suffice though.
Pour encourager les autres.