After more ship collisions in the past year than in the previous twenty, the US Navy is having a problem.

Current and past US Navy crews, driving agile, high-speed Burke-class destroyers like McCain and Fitzgerald, which can accelerate rapidly and turn in short radii 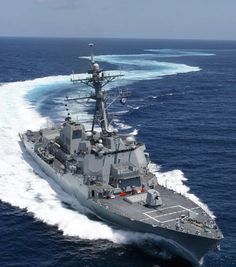 are being told to beware of the dangers of plodding sea cows like Alnic MC, a slow medium tanker that plods along at 1/3 the destroyers’ max speed, needs several miles to turn, and is normally only a hazard to becalmed sailboats and injured pelicans.

Dunce caps, dark glasses, and white-tipped canes for the Navy crew in these safety briefings is optional.

But clearly, the Seventh Fleet has recruited blind people for radar operators and watch-standing bridge lookouts, and retarded kids to staff the CIC for some time.
Navy sources declined comment, because all their line officers were at mandatory diversity and sensitivity awareness training lectures.

Commissioning the Diversity-class destroyers USS Stevie Wonder, Ray Charles, and Jose Feliciano would seem to be the obvious next step.

The planned new class of ships (sorry, no artwork available yet) will carry no radar, guns or weaponry, but will include onboard childcare, hot tubs, a 50% female crew, and mandatory differently-abled and LGBTEIEIO crew staffing.
Also no  portholes on the bridge, but an extra-wide ramp in the stern for taking on gender-fluid seamen.

Next week, the Navy Department will be commissioning another sequel to McHale's Navy.

Doubtless as a training film. 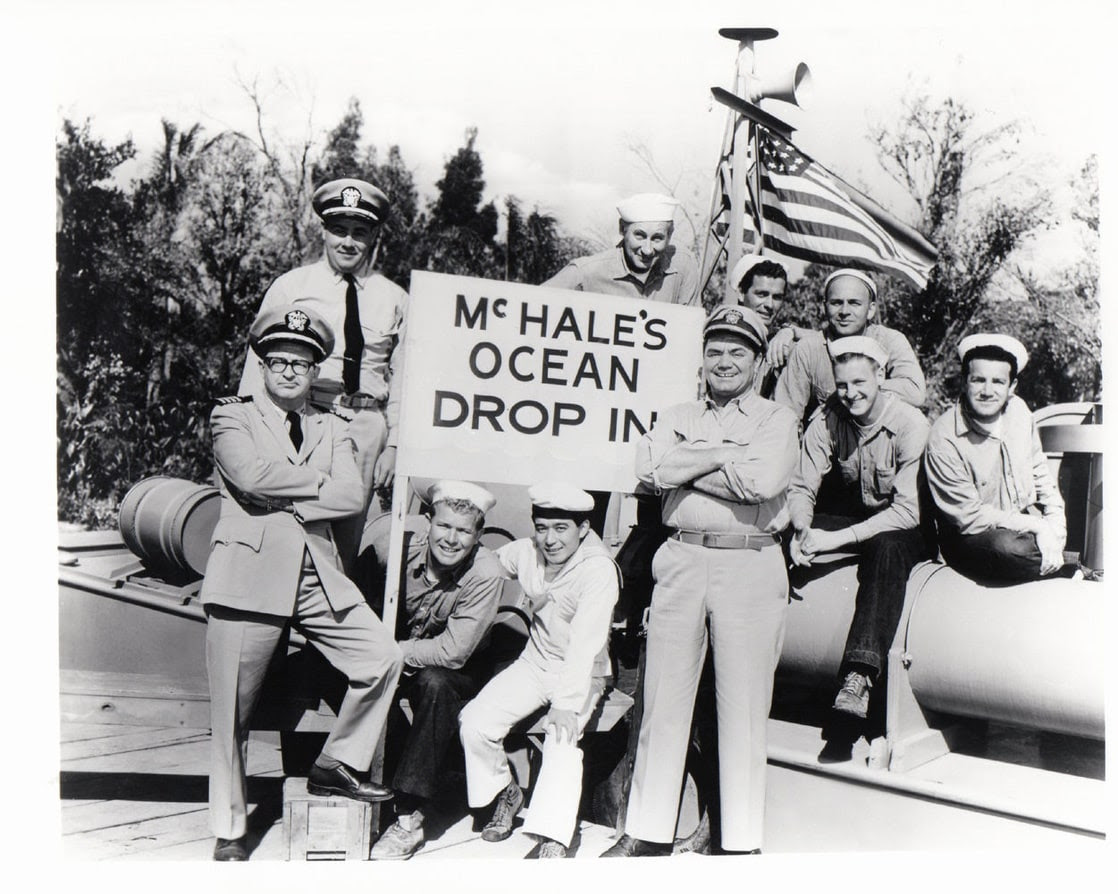 For the record, both GM1 Ermes Borgnino, pictured above, and the Princess Cruise Lines ship Pacific Princess have hit fewer ships and killed less of their own sailors, lifetime, than the US Navy's Seventh Fleet has accomplished in just this calendar year.

Way to go, flag commanders!
216 admirals for 239 commissioned ships (including one Nork-captured Liberty Banner nee Camano*-class spy ship at anchor in Pyongyang - the USS Pueblo; and the USS Constitution on permanent dockyard museum status) is clearly the staffing level the military needs.

And some of you thought Admiral Peter Peachfuzz was just a cartoon character.
The US Navy has been slashed by 40-50% since the high-water mark of the Reagan years.
So just for the helluvit, let's fire 70-100 admirals from grades O-7 to O-10, and see if that helps things out any.

Assigning them in permanent reserve status to unnofficial state militia fleets like the Cajun Navy wouldn't be a bad thing either. Provided those admirals were willing to start at the bottom, and work their way up from cutting bait.

Harshly spot-on and richly deserved, especially in light of magnificent efforts in Texas. Much as I hated my time in the Fleet, it was a much more competent outfit in the 80's
Boat Guy

239 commissioned ships. Just how many sailing the ocean blue at any given time? Under a hundred? Of 10 fully commissioned fleet carriers, just 4 are on the high seas. The rest are tied up and called targets.
Most any ocean going sailboat has a little gizmo that warns of approaching radar equipped ships. You set if for whatever distance you need to get the hell out of the way. All commercial, and it seems military ships, seldom have a watch that actually looks outside at what's in front of them. They use the little chirpy thing and a radar screen - if they're awake and in the bridge house.
You'd think the Navy could find it within themselves to program their radar sets to let out a squawk when a return is at a constant bearing or better yet buy one of these commercial passive receivers, assuming they don't have one which they do.
Maybe even better they could read a few books on seamanship and leadership. Just fucking embarrassing.

I think they're being hacked or their navigation equipment is being disrupted/jammed. I'm not an expert, but to the layman two of these in a matter of weeks is suspicious. How the hell can you not see these tankers visually or on radar? Chinese or Norks? Just me.

Not buying the "hacked" argument for one minute.
Boat Guy

• Commercial cargo ships over 300 gross tons and all
passenger ships transmit their GPS position, course,
speed, and destination every 5 or so seconds via AIS.

• AIS-augmented radar receivers plot a pip based upon
an AIS packet even if the radar sees nothing.

• Radar transmitters aboard commercial craft need far
fewer repairs if they are turned off.

• The US Navy often (usually?) runs with AIS turned off
for strategic (AIS packets are relayed worldwide via
the internet) or tactical (while hunting Somali pirates)
reasons.

That's no excuse for USS Fitzgerald, but USS McCain was
required by COLREGS to not change course or speed until
a collision was "imminent".

Although the USS Pueblo is actually a different class ship from the USS Liberty, despite similarities in missions and habits of being in the wrong place at the wrong time without adequate backup.

None of which invalidates your point.

I saw on the commissioned roster it was listed as a different class, but didn't dig into the details, figured it was just a modification of the Liberty freighters.