Let's Stick To Reality, Shall We? 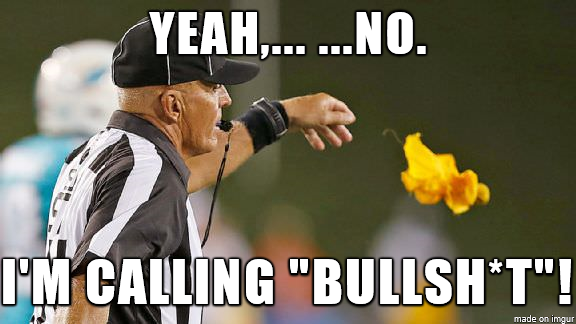 
"If these counties decided to secede from Virginia and align themselves with West Virginia. How would/could that be accomplished? How do you dissolve the association from one state to join another? The only recent succession movement that I can think of talked about just leaving a state not join with another. I think that the ramifications of that would be enormous. There are so many places in the country that this could happen."

This is in response to reports of the recent Modest Proposal from W VA to relieve the suffering of VA by letting the disaffected counties of VA to move over to their side of the border. It was touching, sweet, satirical in the extreme, and retarded impossible in the real world. How sad for anyone who didn't pick up on the joke, which was anything but subtle.

Look kids, I'm sorry if your civics education and/or attention span in it were lacking somehow, but the how under which this occurs is pretty straightforward, and it's not hard to suss out.

Allow me to point it out.

(Art IV, §3, U.S. Constitution)"...no new states shall be formed or erected within the jurisdiction of any other state; nor any state be formed by the junction of two or more states, or parts of states, without the consent of the legislatures of the states concerned as well as of the Congress."

And yes, budding Clarence Darrows, the article refers to new states, but if you think Congress and SCOTUS won't look to that exact section for explicit guidance on poaching the territory of 90% of one state and incorporating it into another, I've got a bridge for sale, cheap.

In other words, you haven't got a fucking snowball's chance in Hell of this ever happening, even if you got all of the above high as a kite on a cocktail of controlled substances, used torture and thumbscrews, and threatened their families with execution in front of them.


It's never going to happen, never could, and never will.*
So in Reality, there are no places in the country this could happen.
Sorry to have to be Captain Obvious here, but for your own self-respect, please recognize when you're being played for rubes for falling for this kind of hogwash, and laugh it off, but FFS, stop acting like it's a real thing. You just make yourselves look foolish and stupid for biting on it, and it always takes longer to explain how recockulous it is than it would have taken for you to figure this out for yourself.
W VA made a totally facetious offer, and it was a nice gesture, but neither state, in fact no state, let alone the federal government, is going to sit still for it. Just for one point, VA stands to lose between 6 and 11 electoral votes, and their congressional delegation would shrink to the size of Rhode Island or Alaska. So that loses you the entire government of Virginia, and half the Congress, right off the bat. In an election year, or any other one. And 47 (at least) other states would side with VA, the minute they realized this opportunity was potentially able to be visited upon them. Game. Set. Match.
You want to talk serious business?
Look at the District of Corruption. As originally envisioned, VA and MD would each give up some turf. But Virginia crawfished on the deal, and never coughed up their half of the bargain. If the territory originally slated was made D.C., as it's overwhelmingly populated by D.C. refugees and government workers flooding the contiguous counties, who vote [D] in droves, you'd flip VA right-side up again.
QED
And all you'd need to do that would be the concurrence of the VA voters, legislature, governor, and supreme court, to gift the never-donated territory to the District of Columbia.
Oh, waitaminute, those are the exact same people you've already lost the state to, right?
So maybe let's not wear toilet paper bibs to catch all the shit coming out of people's mouths about this ever happening. Let's just chalk it up to "You had too much to drink, and fell on your head" and we'll say no more of it tomorrow, after you sober up. Have an ice pack and some Tylenol, m'kay?

It's okay when politics makes comedy, but let's not make comedy into politics.
*(Short of an actual shooting Civil War, which was how you got W VA in the first place. And if you've got one of those, divvying up which counties belong to which state is kind of pointless. Unless you actually win. Which, once again, is how you got W VA as a state the first time. As Casey Stengel used to say, "You could look it up.") If people want change and they’re willing to back that change by the force of the gun, they’ll get change.

Pointing to words on paper saying you can’t leave, you can’t get divorced because this strongly worded statement says so, doesn’t cut it.

If the people of those areas don’t want to be part of VA to the degree that they’re willing to fight, kill, and die for it they’ll get change and God help the enforcers who are trying to stop them for a paycheck.

How'd that work out in VA last time they tried it?

HandleBar here,
I feel like I made it! I wrote my first or second comment and got a blog post directed too it. Yeah me!
Actually thanks for the post. Although I was aware that it would take approval from both state house I had not thought about Congressional approval.
At the risk of sounding even more thick, what are the impacts if 90% of your counties passed (albeit) resolutions to join another state? I know many think that voting is futile, I am not convinced of that. IIRC 52 house seats were won by Democrats with less than 40% turnout. Hard to say that voting will not work when a large% did not vote.

Aesop is spot on. This will never happen. It is more likely WVA will be returned to VA.

Please look at history to see what happened when entire states joined together to leave the so called voluntary association of these United States.

It is looking less and less likely that voting at the ballot box is going to make any difference on anything.

Now is the time for patience and other mental exercises.

I agree not a snowballs chance, but I've seen some knock down drag out court battles over more trivial differences than "from a new state" and "move to a new state".

Worth popping pop corn just to watch the statists and their media owners/lackeys (not really sure what that relationship on any given day) heads explode and focus their attention on this, not understanding that they've been trolled on an epic level.

While the side of light quietly works at organizing voters to take down the D control of the Governorship and statehouse under the RADAR (I can dream can't I).

And who did the newspaper article said was coming down to Virginia to start trouble? White what? And who were trying to succeed last time? White who? Who's going to get labeled KKK this time?
See how Northham just slipped right out from under that whole blackface/ KKK rock?

“...if you got all of the above high as a kite on a cocktail of controlled substances, used torture and thumbscrews, and threatened their families with execution in front of them.”

Actually, Aesop... I do think this is how you make it happen.

Yes, according to the rules, this can't be done. Why is our side still playing by the rules? Let's just do it, and fight it out in the courts for years.