In The Dictionary Under "Confirmation Bias" 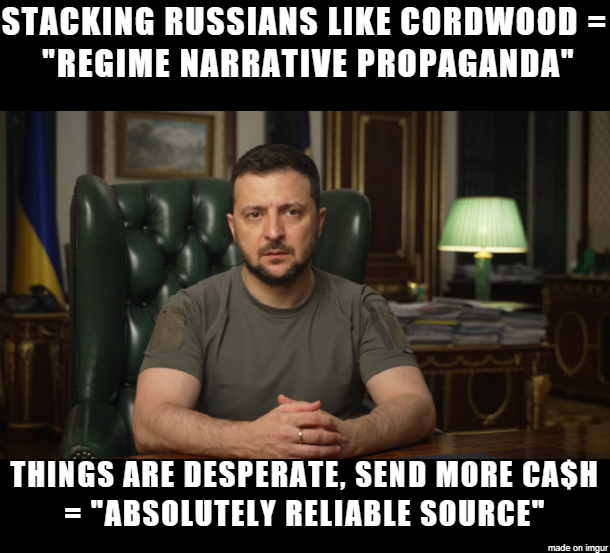 Perhaps consider that the guy you accuse of only being in this to pimp for cash may be overstating the magnitude of things a wee bit for exactly his own ends. IOW, believe your own fairytales consistently, not just when it suits your alternate version of reality. Not doing this is how you step on your dicks, and show that you never believed your own bilge either, you're just shitposting in service of your own bias. NTTAWWT, but own it up front, for what it is, and what it isn't, and stop squealing like stuck pigs when you get called out for exactly what you've been doing all along. The plural of bias is not "data".

If the shoe fits, take it out of your mouth.

Trying to have things both ways just makes you look like a schmuck for trying the "heads I win, tails you lose" streetcorner hustle gambit. No one's buying into your three-card monte games.

This won't go over the heads of the worst offenders, it'll whistle right through the gaping hole in the middle, but that'll just prove the point, won't it?

Better yet, start looking harder at reports from disinterested third parties (which is why we've avoided either interested party's pronouncements since this started), and take both Putin propaganda and regime narrative out of the equation, to the greatest extent humanly possible.

If only for the novelty of that approach.

Labels: Sauce For The Goose...

Now to be fair, "Stacking Russians like cordwood" and "Things are desperate" are not necessarily contradictory statements.

The Marines at the Chosen Reservoir stacked PRC troops like cordwood, but things were also on the desperate side. Same for the Zulus and Brits at Rourke's Drift.

I know that was not the point of your post (and I don't disagree with it), but when has that ever stopped me before?

Of course both can be true. They can also both be false.
The problem comes when one tries to have it both ways, and cherry-picks which one they believe or disbelieve based solely on whether it accords with their confirmation bias, rather than actual facts on the ground.
QED