Six GOOD soldiers died looking for Bergdouche.
The US Army just shit on their graves.
In public. On purpose. Officially.
That should be grounds for Article 134 proceedings against the military judge in this case.

To get the traitorous scumbag back, we gave the Taliban their army chief of staff, their deputy intelligence minister, their former interior minister, and two other high-ranking terrorist Taliban leaders. For one douchebag deserter E-3, who should have been left to rot.

One can but hope that among several million veterans in this country, someone of them gifts Bergdouche with a richly-deserved shoot-on-sight final sentence at the earliest opportunity.

While the president already tweeted his displeasure with the sentence, that isn't nearly enough.

Retire the Army Chief of Staff immediately. He's lost all control of the organization, clearly.
Ditto for every general officer promoted to that grade between 2009 and 2017.
That military judge and World-Class Puss of All Time front-runner, Col. Jeffrey Nance, needs to be retired immediately today, if not court-martialed himself under Article 134.
If there is some statute under which he might be shot in lieu of Bergdouche, by all means, put him against a wall and open fire. Start at his toes, and work upwards. It might take several magazines to get the job done, but there's no sense quitting after the first 50 or 100 rounds. Make every other military judge in the JAG Corps watch.
In person.

And if Sec Army and SecDef can't manager that level of official displeasure at the rot in the military, just cut to the chase:
Appoint the still-unpunished-five-weeks-later(!) open communist 2LT Spencer Rapone the new Chief of Staff, make the Army's berets pink, take away their rifles, replace male combat boots with much-deserved red stiletto fuck-me-pumps, issue them crotchless boxer shorts, and put a trapdoor in the back of their issue BDU trousers so that when they surrender from here on out, they can get buttfucked by the enemy without having to unbuckle.

By this time next year, true to form, desertion in the Army will have an associated ribbon award authorized.

Way to go, Big Green bunch of fairies. You've embarrassed the military, and the entire country. Do America a favor, save our enemies a bullet, and just kill yourselves.
You pussified bunch of losers. 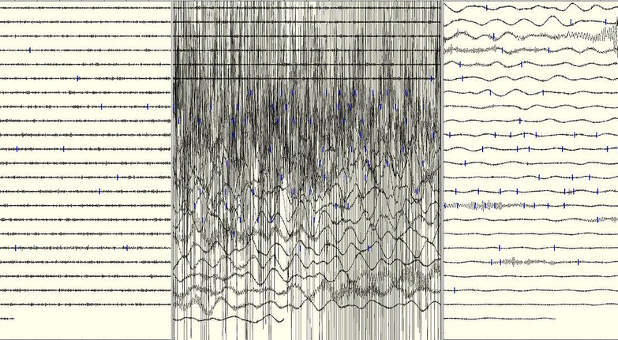 A 9.2 earthquake was reported at the National Military Cemetery in Arlington, VA, today, as though hundreds of thousands of the dead had started spinning in their graves.

I'm going to the range now. I may have to stop and buy a case of ammunition to have enough to work through the moment.

UPDATE: Apparently Google is doing their level best to scrub pictures of the judge in this case. To think people got prison for making fun of naked Iraqi prisoners, this guy is directly responsible for dead troops, the general is a odummer flunky, and now a hero to the left. This reflects on the entire Army, you folks have lost my complete respect. Fuck off.

I thought that I was extremely pissed off. Then I came here and read your reaction.

The JAG FAGS have taken over the military and made a mockery of honor, decency and the rule of law.

Fucking Obama and his gutting of the military continues to heap piles of dung upon veterans and active duty patriots.

I personally would not have given him jail time either.

I would have marched him straight from the court room, though a gauntlet of his former comrades in arms, straight to the firing squad.

If he and Bradley Manning ever appear at the same event, it will be a sign from above that I am being tempted...

Excuse I saw was that Trump commented on it and caused an unlawful chain of command influence.

Because everything is Trump's fault.

Disgraceful-I was not just disappointed but shocked. Then I saw an image of one of the wounded men that had been searching for him. Shot in the head, in a wheel chair. Now I'm fucking angry. Don't think for a second that it's gone unnoticed in some very bad places.

Can't wait to read Col. Kratman's rant over this pile of excrement. That "judge" needs to be forcibly retired at the lowest rank he ever held - because Trump..

Travesty.
I'd think it would be better to kneecap him - as a start.
Boat Guy

George True, IIRC the process is to have a chaplain escort him to the post and perform any last rites in the moments before the firing order is given.

Hmmm. Not sure about all this outrage. You can bet the judge was told what to do by higher ups. And this has nothing to do with the New PC Army. The Old PC Army was just as bad, back when we were fighting the Evil Empire. Then, we called it Getting The Green Weenie. Now it is explained "because hump you, that's why". The Army has ALWAYS screwed over its enlisted. Officers think they are a special class of their excretions smelling of roses. Class warfare at its finest. Hey, if you don't despise and vilify a class, you can't kill them as easily. And officers have no problem killing off the grunts. Before, they were allowed to kill you because it was your duty to die. Now, you volunteered to die. Same old crap for the peasant soldiers.