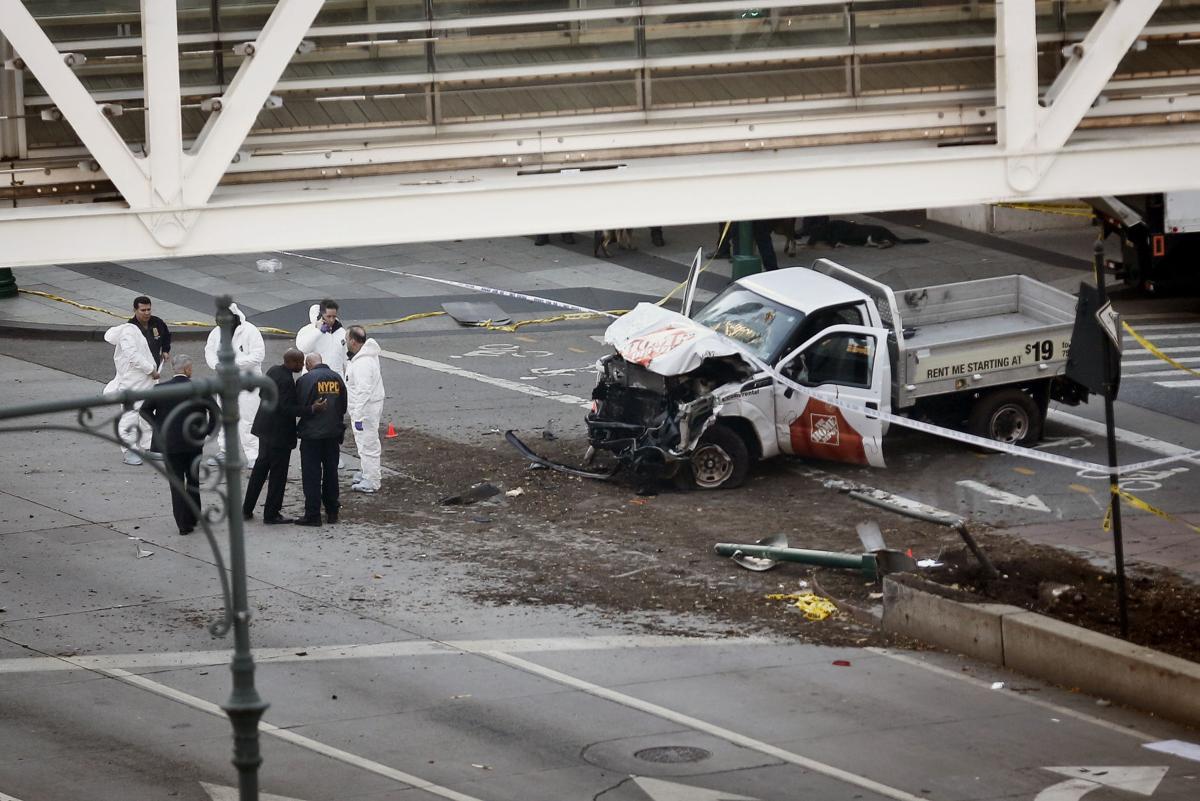 1) No one - NO ONE - on 157 cable news channels or programs has asked "WTF were those @$$hole lunatic judges in the Ninth Circus Court doing by blocking Pres. Trump's travel ban and plans to vet jihadi immigrants more carefully??" (No it's not a conspiracy; you don't need one when they're just all exactly that stupid.)

2) Not Chuck U Schumer, Cryptkeeper Feinswine, nor Babbling Nancy Pelosi, will come out advocating restrictions on trucks, or closing the Home Depot truck rental loophole. Nor for cracking down on jihadi immigration.

3) The TSA will not stop groping blonde five year old children and 90-year-old Swedish nuns, and switch to doing cavity searches 100% on everyone named Mohammed, or from Dirkadirkastan, nor both.

4) Not one single Muslim from Maui to Maine will condemn this attack. Especially not jihadi apologists like CAIR, and the other terrorism enabling Usual Suspects. Because they don't want their own heads cut off by another "moderate" Muslim next door.

5) Barack  Fuckyoucrackerracists Obozo will not issue a peep about this, unless it's to condemn the horrible driving conditions which caused poor DirkaDirka to swerve out of control and drive along a bike path until enough brave New Yorkers threw themselves under his wheels to stop his runaway vehicle.

6) Bill Maher will not apologize for the title of his book, "If You Drive Alone, You Drive With Bin Laden" being eerily prescient for the last five years, nor for shilling for more terrorism, and less crackdown since forever, unless it's on the guns of people who didn't do it.

Ordinary people will, however, do one of two things:

1) They will either decide it's better and more noble to die rather than crack down on this endless ongoing horseshit, or
2) They will decide "I'll see your jihad, and raise you one crusade. We start bombing in 5 minutes."

There is no third option.
Islam is incompatible with Western democracy. You can believe the Diversity Bandwagon, or just believe your lying eyes from every spot they foul around the world.
99.something percent of rapes in Scandinavia - Norway, Sweden, Denmark - are perpetrated by Muslim invaders there.
They've burned London and Paris, several times apiece. (Reference what we did, collectively, when the Nazis did this. I'll wait.)
Nearly every current war in the world is traceable to either Muslims vs. other Muslims, or Muslims vs. Anyone Else, because they don't work and play well with others, and haven't since 610 AD.

Proof of the frog-in-a-frying-pan theory is that if this truck attack had taken place on the 9/11 anniversary, let alone on 9/12/2001, New Yorkers would have rounded up every Muslim in the Five Borough by hand, and deported them bodily into the Hudson River, with transmissions and engine blocks tied to them to help kickstart their auto repair businesses back in Dirkadirkastan. And the fires from burning mosques in the city would be visible from space, and keeping homeless people warm for days. Because NYFC residents are givers like that.

Instead, they're wringing their hands, cowering in fear, and listening to DeBlovio burp out platitudes. Instead of going all Tony Soprano, and taking care of business.
You had WTC I, WTC II, and now this. Three strikes and you're out, boys and girls.

The D.C. Snipers, Ft. Hood, Orlando, San Bernardino, Nashville, Boston, and NYFC three goddam times. Shall we wait for four, or fourteen, just to be absolutely sure???
And those are just the bigger incidents, we're not even talking about the onsie-twosie incidents. Let me know when the penny drops.

If you're in a cage with a hungry tiger, you either get a gun, or you crawl into his food bowl. 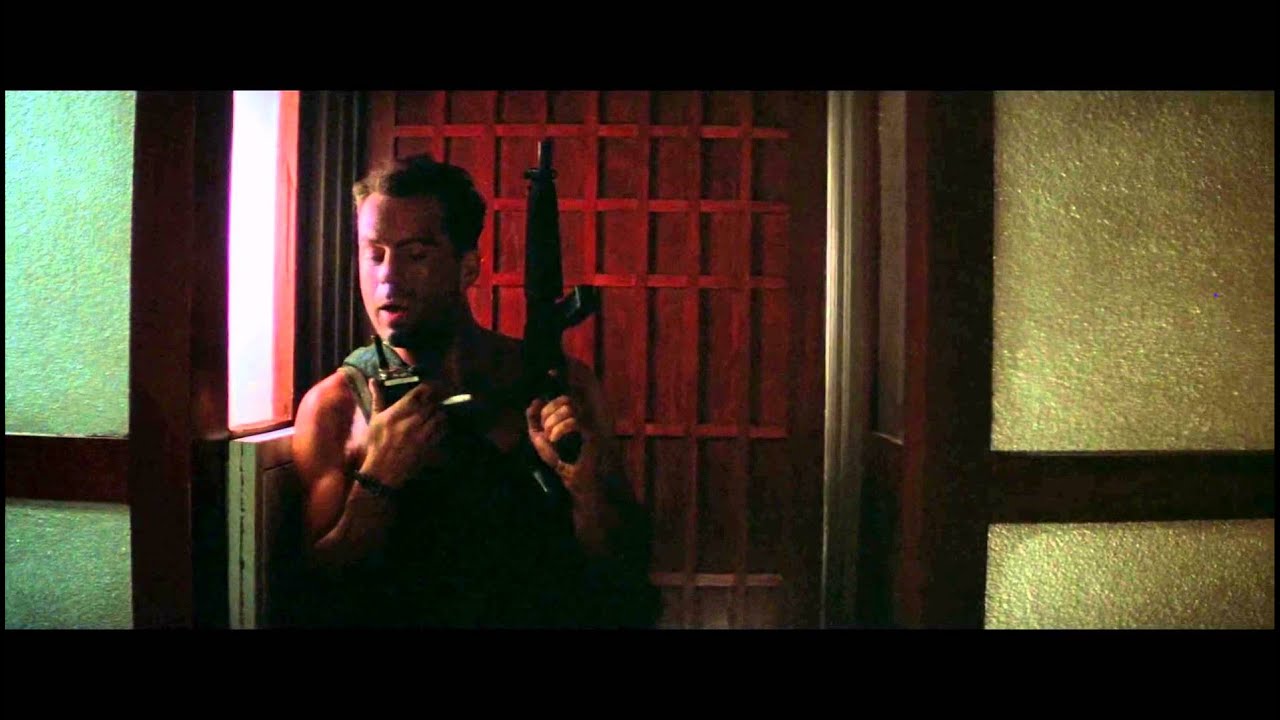 It's time to put Islam into the same box as Carthage after the Third Punic War.
For the historically curious, look up the results of the Fourth Punic War.
QED

If you're not about that, don't bother me. You're not a serious person, you're a silly person.
On your own head be the consequences of that folly.
Posted by Aesop at 3:58 AM

A parade of New Yorkers leading moslims with engine blocks tied to their necks to the Hudson, while an enjoyable image, ain't happening.

Here's a very viable solution. All it would take are some Presidential balls because I tell ya, he's have a solid majority with him.

Well, I live in NJ and work in Brooklyn, NY, my daily commute takes me thru the World Trade Center (and has since pre-9/11). I was in the basement of the WTC 45 minutes before the first plane his. I saw the first tower fall in person, from across the East River. I spent the night at my managers apartment and came home the next day. I got a first-hand look at the reactions of New Yorkers to 9/11.

As I rode NYC subway, Path (a train between NYC and NJ) and NJ Transit home the next day I saw lots of people in shock, lots of people looking sad or upset.

I saw precious little RAGE. I saw damn few people who were just plain pissed off.

Last night I saw DeBlase and Cuomo the Younger bloviate about the resilience of New Yorkers, which is just code for saying they'll put up with MORE random warrantless searches, MORE privacy violations, MORE restrictions on people who DIDN'T do anything, none of which will be applied to the people who actually ARE doing things (let's not be ghastly to Muslims you know).

NYC is a LONG way from a Crusade. New Yorkers have been whipped by their government for so long, they really believe that giving up more rights and giving the government more power will keep them safe. And if anyone DOES decide to cause problems with practitioners of the Religion of Peace I have no doubt that the government will come down on him with both feet.

Oh, and when I heard Cuomo the Younger talking about NYC being the focal point of freedom and Democracy I had to laugh.

Reading this column, I was reminded of something Fred Reed once said. To wit, that his readers demanded that he express what they are thinking, but more eloquently. Put that way, it sounds like only a modest achievement, but it's not. It's a combination of a gift and a strong work ethic. I possess the latter but not the first.

Aesop may seem like no more than a point of light in a sea of darkness now. But each of these points of light is seen and appreciated by many.

Constantly hear: "they were radicalized here in the US". BULLSHIT. This muslim was from some islamic shit hole which lives in primordial filth and has been "radicalized" (read raised) with this mindset SINCE BIRTH. What he was given here in the US was training and a target. The fact that he was HERE is the main point. WE THE PEOPLE didn't radicalize him, we ENABLED HIM. He succeeded, we lost, again.

To Mark D. it would be something to see New Yorkers infected with the Rage Virus. Once a city where you didn't f with anyone.

simple fact, they want it to happen! ...all is now quiet, go back to sleep. no matter how high you build the fence it don't work if the gate is left open.

I had to relay excerpts of your piece to a friend who's still in NYFC for the moment.
His reply;
" bullshit. our villagers have long since had their torches and pitchforks taken away."
Sad but true. This guy knows of what he speaks.
Boat Guy

They were not "taken away"; they gave them away.

Think about it; a city with a population of more than 8 million and you cannot own a .22

They are reaping a bumper crop of what they have sown.

Any village, town, city, county, state; any polis of any size exists with the conditions and laws permitted by its inhabitants.

If the people of NYC/NY State (and for that matter any of the other communist led satraps) wanted it different it would be.

And, right on schedule, Cuomo, de Blasio, and the Times are all gushing about gun control saving New York in this incident...

the feds want them here: http://abcnews.go.com/US/feds-interviewed-suspected-nyc-truck-attacker-2015-terror/story?id=50859185 one mistake fine, but Boston, San Bernardino, fort hood, NJ and NYC, Garland, it is all bullshit. they want them here, further the agenda. vetting don't work, only option is close the gate.

A Colonel stiff arms a General.


All of a sudden we see that the greatest interpreters of Islam are politicians in the western world. They know better than all the speakers in the mosques, all those who deliver terrible sermons against anything that is either Christian or Jewish. These western politicians know that there is good Islam and bad Islam. They know even how to differentiate between the two, except that none of them know how to read a word of Arabic.