Wait For The "FOOM!" 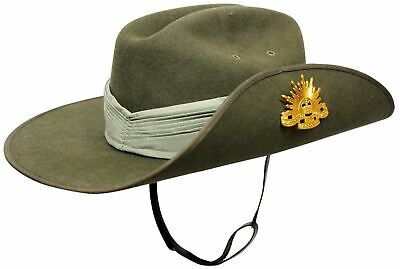 I haven't seen it in comments here, (though some elsewhere), but for any Slow Learners out there, kindly note that our ire and commentary regarding OzCom is directed entirely and solely at the government there at every level, and not at the average 'strine citizen of that Commonwealth.

I know a couple personally, including some PGP back-channel comments, so a few pointers, as shared elsewhere.

1) Anyone who thinks they all turned in everything they own which goes "Bang!" should contact this blog to make me a cracking good offer on purchase of a bridge I own, for sale cheap.

2) The ones I know, and the ones I've met, in the day and recently, are all "G'Day, mate; have another beer, and we'll put another shrimp on the barbie for ya" types. Until they're not.

3) Much like natives of Vancouver, they're polite to a fault, making even LDS folks and Japanese look rude, and when the time comes, as they twist necks over until they crack, they'll tell the crumpling corpse "Apologies, mate", as they let it fall to the ground.

4) The few words I've had from the ones I know included the info that they were "working out which throats to cut". They were not speaking metaphorically nor figuratively.

5) They have their douchebags, and their fair share of Karens, as does any land nowadays. And every Animal Farm has its Pigs. But they have not all gone full Proggy West L.A./Frisco/Central Park West retarded, and anyone who believes that is the case doesn't know Jack or Shit about the breed. If they get on boxcars, it'll be to take everything of use off, and then burn it to the wheels, after staking the engineer to an anthill, and running the engine into the next train, on a bridge, which they'll then blow up. They will call this sort of thing "Good fun!"

6) They are not a folk to be messed about, as they have been, and rest assured, there will be dire and permanent consequences for the current recent assclownery perpetuated by the OzCom government Down Under.

7) For the impatient, note the actual timeline between the date the Argies seized the Falklands, and the date that became a historically Bad Idea, when the Empire struck back, courtesy of Her Majesty's Forces.

Nota bene that those actions were undertaken by the Poms that Australians consider too civilized.

8) The problem OzCom's government has, is that their OzSAS types can think for themselves (indeed, as a requirement), and such types tend to become a double-edged sword in times like these. And the average 'strine-on-the-street, not to mention the average prior service military type from Oz, isn't half a step behind them either.

9) This will not end happily nor prettily for the OzCom government, in any sense. If they are very, very lucky, they'll be allowed to back down, and resign quietly, and probably depart into exile for life.

10) If not, they'll be bait for crocodiles and wild pigs, their fate spoken of seldom, save in a tone reserved for fairtytales meant to frighten wayward children, and chill the bones of hardened criminals lipping off on Death Row.

A PM and a few more MPs and provincial officials hanging neckwards from Sydney Harbour Bridge might go a looooong way towards nipping that sort of silly communist shit in the bud, in places far removed from the point of origin, and we expressly commend same, pour encourager les autres.

Anyone who thinks this will end otherwise, or downplays the likelihood of severe and dire outcomes to those pushing this retarded agenda, should rethink their premises accordingly.

We therefore unreservedly commend any actions in furtherance of liberty there, and wish the people of Australia nothing but the best in the ongoing animating contest for their own freedom, including Good Luck, and Good Hunting.

The OzCom government, and any minions supporting or defending it, at any level, should either desert and switch sides, with all arms, ammo, and intel, in haste, or prepare to conversely Rot In Hell, you execrable sons-of-bitches.

So for those thinking this would be over by the commercial break, kindly cool your jets, and wait patiently for the upcoming and inevitable "FOOM!"

It will be along presently. As always. 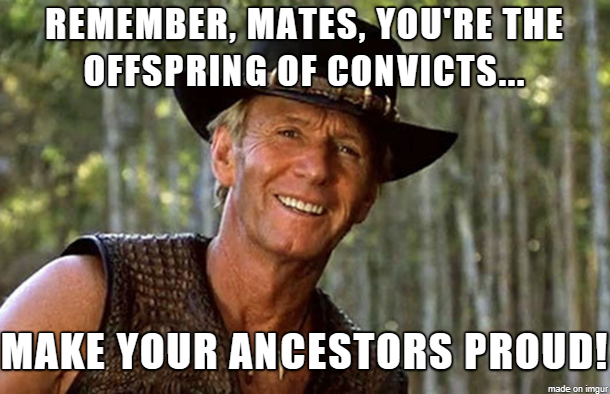 But I'll believe it when I see it.

I always come here for the optimism.

I would just make one 'small' correction to #3- 3) Much like natives of Vancouver, they're polite to a fault, making even LDS folks and Japanese look rude, and when the time comes, as they twist necks over until they crack, they'll tell the crumpling corpse "Apologies, mate", as they let it fall to the ground. THEN they would put the shrimp on the barbie and hand you a beer.

FWIW, I know a few folks down that way, and yes, the sentiment is NOT in favor of what the .gov is doing (and this includes a number of their military folks).

Absofuckinglutely on page with all of this, and I have growing cohort of like minded souls with me.
Our problem is that when we step up and forward...will others come with us and will people support our rear.
No good being just a handfull that stands tall only to get smashed down and forgotten...whole effort wasted.

Look up the Eureka Stockade.

We need to send them some Beecher's Bibles.

I you're right. And once they kick off their oppressive regime they need to repeal their firearms laws, and enact a Australian 2nd Amendment.