If You See Something...

Many, if not all of you, have probably seen part or all of this viral video:
It's justified distilled rage, and absolutely heartbreaking.
Some dimbulbs might even think this is the sort of fiat jackassery I approve of, but nothing could be further from the truth.
I said months ago, back in May, that the time to end blanket lockdowns was over. We've long since passed the time when that sort of extra-legal unconstitutional horseshit could be justified on the grounds of an "emergency".
Two days in? Sure. Even two weeks. Maybe even two months.
But ten months into this, it's not an "emergency".
FFS, we're already delivering the first wave of "COVID babies": the kids conceived when people were first stuck at home, with nothing to do but make babies.
So trying to claim "emergency" actions are justified at this date is pure undiluted rose fertilizer.
But, having a few decades in The Biz, I know how movie production locations work.
And those location tents for catering for the crew are usually watched by 2-3 unarmed rent-a-cop security guards. Ditto for the production trucks, with hundreds of thousands of $$$ worth of equipment needed to make a TV show, commercial, or movie.
Lighting, cables, wardrobe, camera and sound gear, etc.
And if I were losing my restaurant, business, livelihood, life savings, my very existence, due to the arbitrary, capricious, and wholly unjustified whims of the assholes who think they run the world, I might be inclined to think outside the box. Or, at least, outside the bottle.
"Hey, that's a nice movie you got there. Be a real shame if anything happened to it." 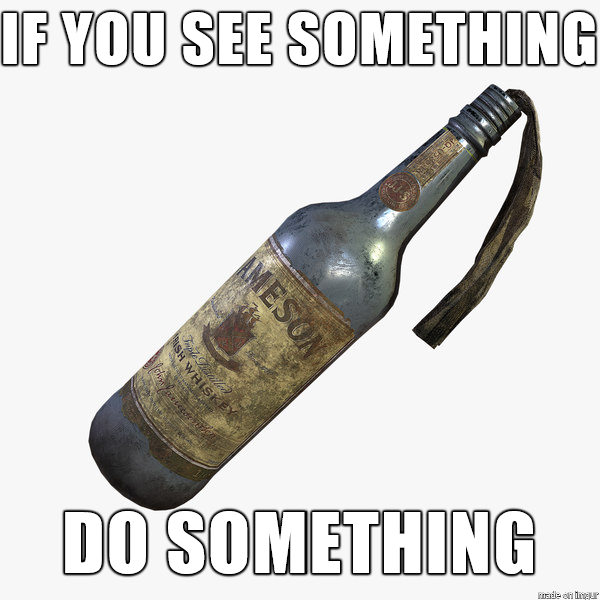 Just saying. Not advocating.
Hollywood, for all its talk, is run by pussies. If a couple of locations spontaneously combusted, that'd be it. They'd run and hide, or fold up.
They might even be shamed out of living separate lives, and maybe they'd contract with restaurants like the one in the video being run out of business, and buy their meals directly from them, instead of catering companies. Win-win.
But at any rate, the system of two sets of rules, one for the protected benighted Special Snowflake buddies of TPTB, and one for the little taxpaying peons, would end after the expenditure of less than $20 worth of Regular Unleaded and a few glass empties.
Artillery delivered by the fifth or by the beer bottle is pretty hard to stop, not just with Kung Flu injustices, but with certain electoral shenanigans.
"Hey, that's a nice banana republic you almost stole. Be a shame if anything happened to it."
Government is only legitimate if it derives its existence from the consent of the governed.
When that consent is stolen forcibly and non-consentually, one thing's for certain:
There are a lot of ways for the violated peons to be a real flaming pain in the ass.
Aren't there?
Posted by Aesop at 9:41 AM

It's the people making those asinine, business-killing decisions whose homes need to be visited, not the entity simply taking advantage of arbitrary rules. The Guv'nor and his henchmen deserve the wrath of the people.

Damn straight, I read your comment to Peter G. on the Scotus article. Right on but you should remember that we get two scoops of gaslighting not one.

I was thinking of an air compressor, a steam whistle, and DAMN the soundstage... every 2-3 minutes. But then, I'm pretty easygoing - at first. Of course, if you can manage an ultrasonic transducer capable of high power, many might not even hear the thing messing up the recording equipment. A pair of them and creative use of heterodyning.... hehehehehhehheheheh.