Debunked? NOTHING Has Been 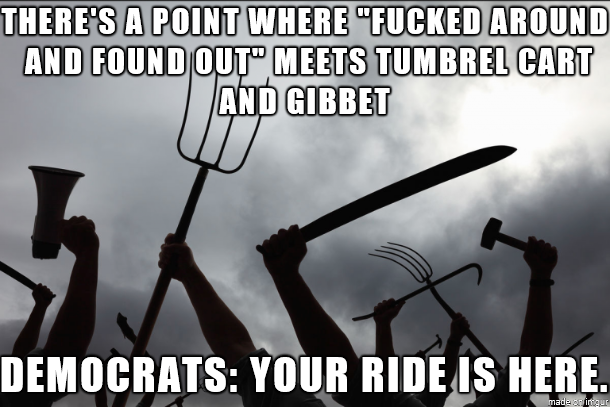 No one's explained why a USPS truck driver was trucking 20-30 pallet-sized cartons of already-completed PA ballots into PA from NYFS.
No one's explained why all poll watchers and press were lied out of the Atlanta counting room.
No one's explained why after that happened, multiple cartons of ballots were pulled out of hiding and counted, God alone knows how many times.
No one's explained why the woman responsible for that explained on her social media page that she admitted to stuffing the Atlanta ballot boxes and throwing the election victory from Trump (when the rules were being followed) to Biden (once the ballot stuffing began).
No one's explained satisfactorily why Dominion voting machines are pre-loaded to count a single vote for Trump as .87 votes, and a vote for Biden as 1.13 votes (which was why you had the ridiculous fractions of votes showing up on live tallies all night).
No one's explained why all the key swing states all decided, independently, to stop counting votes after 2AM, nor why when they resumed there were magical swings in votes suddenly giving Biden just barely enough votes to win every single state.
No one's explained how, in states that were split 51/49, there suddenly appeared whale-choking gobs of ballots that were 98% Biden, and 2% Trump.
No one's explained why Republican poll watchers were systematically excluded from all the states where such obvious and massive shenanigans occurred, and why the windows were blocked, and why, when they were allowed to watch, it was from half a football field away, through binoculars, providing anything but an actual view of the proceedings.
None of this has been "debunked', no matter how many times the lying sonsofbitches at Communist News Network et al keep repeating The Big Lie, and trying to gaslight the entire country on the real score, when they talk about it at all.
Because there is no explanation, except to acknowledge that election fraud and stealing, not on an Industrial Age scale, but on an Information Age scale, took place in plain sight on Election Night, and for days afterwards, cheered on and abetted by an anti-Trump and pro-communist media, exactly as described by the president, and just as anyone with two brain cells has seen with their own lying eyes.
People were willing to shoot federal agents over one old thieving geezer's range land grazing fee thefts in Nevada. They were one wonky trigger spring from opening the ball, and that was years ago.
Everybody that thinks 70M people now - who know in their bones they've been cheated of a landslide election victory - are going to roll over for wholesale presidential election theft, and do nothing, signify that by standing on your head. 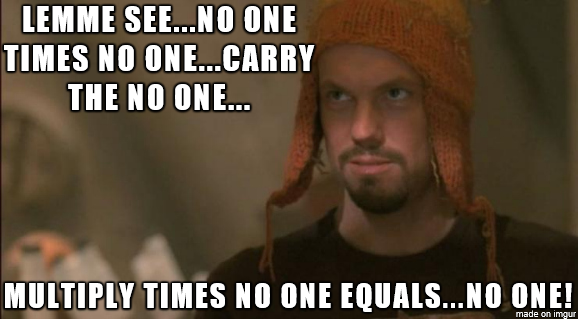 So let's forget that line of appeasement horseshit, and get down to the hog-killin'.
If TPTB try to brazen this out, and install an unlawfully selected leader over this country, they're going to get one helluva shocking surprise. And it's going to leave a mark.
And it's also going to spread faster than Kung Flu once it gets rolling, and make Team Commie wish for the good old days of just being content with their share of the graft. I'm trying to see a downside to this, but it's getting harder every passing day to even care, and easier to just want to get down to it.
Posted by Aesop at 9:08 AM

You made my day with the Hero of Canton...

Plus:
Biden under-performed Hillary Clinton in every large city in the US EXCEPT Philadelphia, Milwaukee, Atlanta and Detroit.

Districts where more votes were cast for Biden than there were registered voters.

Districts where 100% of the votes went for Biden.

Percentage of ballots where ONLY the Presidential election line was filled in for Biden as opposed to the same for Trump.

As for the voting machines, I've been in the data processing field for over 35 years, and have multiple degrees in the field. I've refused in the past to do things that gave even the appearance of being unethical, let alone the crap those machines were doing. Had a manager of mine given me specs like that he'd have wound up searching for a good proctologist to retrieve my keyboard.

I couldn't agree more or more whole heartedly. We are in an Old Testament situation which calls for Old Testament solutions! All of us are waiting for the moment to act; in a state of extreme silence before the battle. I know the supposed fate of the treasonous actors but I have heard nothing about the complicit treasonous actors like the MSM. What happens to them? It upsets me to hear people extoll the virtue of simply exposing all of this and then returning to 'normal'. That would be more egregious than crimes of treason in the first place. But there a surprising group of many who think SCOTUS has an obligation to accept the Biden election without question so as to avoid blood shed??????? In my book, anyone who flinches at this point is guilty. Thank you DJ Thompson for the lead post.

There's lots of tough talk being bandied about in the last month. Mostly talk and no action. FYI--what is transpiring today in the USA, what is being levied and burdened upon the licensed-consumers (formerly US citizens) is far, far more egregious than the outrages committed by King George and his henchmen (as outline in the Declaration Of Independence).

Yet we scuff out feet as we amble away, mumbling prayers to unseen deities. Sometimes we actually stand on street corners waving American flags, pumping our hands in the air at passing cars shouting, 'Muuuuurica'."

BTFW boys and girls, it's gonna' take more than that very soon. I am just wondering how many people out there will turn off their Netflix feed, put down their cans of Bud Lite and actually stand on their feet to do something. Our founding fathers pledged their fortunes, lives and sacred honor to bring about our freedoms--are we willing to put off that trip to Disney World, or forgo that NASCAR race?

The time isn't over to fix this via conventional means.

But the time is close where it can't be fixed by conventional means.

These cocksuckers really thought they'd get away with it. I hope the final reckoning is ugly.

"Everybody that thinks 70M people now - who know in their bones they've been cheated of a landslide election victory - are going to roll over for wholesale presidential election theft, and do nothing"

I hope you're right and that "they" are wrong, but past behavior is always the best predictor of future behavior. And for all of modern American history, the Right and TradAms have pretty much accepted just about every indignity and offense without much more than some muffled grumbling.

SCOTUS could fix this. Do you think they know that if they vote not to, they will be voting themselves into irrelevancy?

I'm seeing more and more God fearing ppl say we're on the verge of something big, I'm hoping it gets straightened out, but it's probably wishful thinking.

Tough talk begets tough actions.
If coloring within the lines fails, what follows will be neither fun, nor pretty.
But oh, so necessary.

@Jimmy,
"Past behavior is no guarantee of future performance."
The isolationists who ignored the world until Pearl Harbor scorched the earth from pole to pole when aroused.
And the offence this time leaves a mere sneak attack a pitiful second place.

Beware the wrath of patient men.

Over the target, as usual.

@ Aesop: "The isolationists who ignored the world until Pearl Harbor scorched the earth from pole to pole when aroused.
And the offence this time leaves a mere sneak attack a pitiful second place."

True enough, but that generation is all but completely dead and gone, and their offspring and offspring's offspring have not shown much of the same spine. While I hope you are right about people having the necessary will, I'm less sanguine.

"Beware the wrath of patient men."

The bad guys are completing a century-long march through the institutions; they have been very patient and very meticulous (though their rabble-rousers are pretty undisciplined). And the only groups in history that can even remotely compete with the communists for body count are Islam and the Mongols. Have they gone a bridge too far this time? I hope so, but it's far from guaranteed.

This generation has endured not a 4-year war, but two fifteen-year wars. There's mettle enough, if one knows where to mine.

The bad guys aren't patient; anything but.
Their "march" has been a century long stumble of drunken fools. They have the foresight of a fruit fly, and the attention span of a gnat. This last outrage is but the work of a few months, and piles of sleazy money, with the connivance of a propaganda machine the self-delegitimizes day by day. They've built a castle of sand.

And let's not give the commies too much credit.
Their body count does, indeed, lead the tallybooks, but only because the pool of potential victims was so much larger in the 20th and 21st centuries than it was in the 6th or 12th centuries. They're going to die just as handily as any number of poseurs who thought to rule the world, when the world shakes them off.

Frankly, I confess being just a tad antsy to open that ball. Firstly, because I suspect their commitment to it is mostly vaporware. Secondly, because the support is a mile wide and half an inch deep, and isn't likely to stiffen except amongst the hardcore mindlessly rabid minions, and those who know which necks will be in the nooses, come the denouement. But epic fools always make for epic foolishness.

I think Aesop is right on target with this one.

Frankly, I feel like a person sitting on a leaky fuel tank with these crooked idiots flicking a Bic lighter and they keep on gloating that there's nothing wrong with what they're doing.

There is no downside. With liberty and courage lost, we face a new dark age, where everybody in the "Free World" will be grind down into the poverty of normal times as we return to the normal state of affairs. We will suffer at the mercy of our unknown lords. We in the "Free World" will return a normal period in history where tyrants rule without law and justice.