A Time For Choosing

"Today you will choose..."
"But when a long train of abuses and usurpations, pursuing invariably the same Object evinces a design to reduce them under absolute Despotism, it is their right, it is their duty, to throw off such Government, and to provide new guards for their future security." - Declaration of Independence, 1776
When last I looked, that declaration signed by the Continental Congress in 1776, has never been subsequently revoked.
If TPTB swear Biden in, knowing full well the scope of fraud was so enormous as to be visible from space, there's no reason not to raise the black flag, and start slitting throats.
I am not speaking metaphorically nor in parables.
From that moment forward, it's on like Donkey Kong, and anything that happens after that is fair game.
Wrap your heads around that fact: there is no law restraining any conduct once all law has been thusly violated. Period.
Marquess Of Queensbury Rules will be notable by their absence. 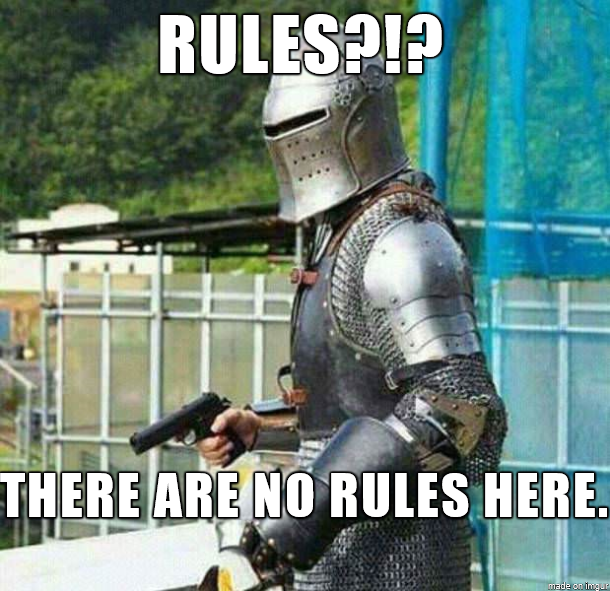 Yap all you want about who will or won't play.
You're beating your gums and your keyboards in vain.
Some people will, and when they do, they'll be entirely within their rights as human beings for doing so.
Anyone and everyone too timid to join the fray at that point deserves whatever happens to them afterwards.
The only question germane to discussion at that moment is
"Will you be a serf, or a free man?"
The only Rule Of War is simple:
"Don't lose."
Posted by Aesop at 9:32 AM

Labels: BFYTW, I meme to misbehave, payback, Stop The Steal

Didn't Biden this BEFORE the election. that this election would have the most voter fraud ever.

And for those who say: "People won't do that", I submit the following.

There was never a demolition of a major Federal building, until Timothy McVeigh did it.
You should read the book: "American Terrorist" https://www.amazon.com/American-Terrorist-Timothy-McVeigh-Oklahoma/dp/0060394072

There was never a light GA aircraft flown into an IRS field office, until Andrew Joseph Stack III did it.

It has reached the point where something certainly must be done - 50% of the electorate (despite a nearly universal MSM blackout) thinks that the election was fraudulent.

The temperature is rising.

I think it's a lot more than 50%. You're not counting all the Democrats who also know of the fraud and are proud of it!