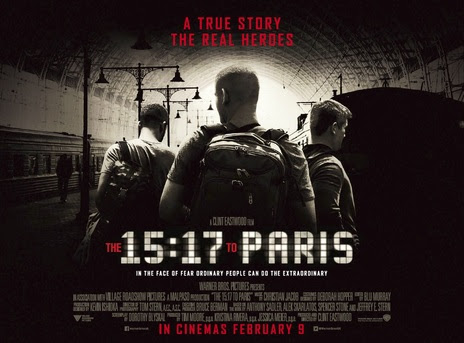 "Life moves pretty fast. If you don't stop and look around once in awhile, you could miss it." - Ferris Bueller

Clint Eastwood's latest film is a docu-drama, wherein three childhood friends on a once-in-a-lifetime tour of Europe were in the right place, at the right time, to beat the crap out of a jihadi bastard, and save the lives of hundreds of strangers on the eponymous train. And they did.

As a story, it's great stuff, both enhanced and somewhat hindered by the heroes in question (certified as such by awards of the French Legion of Honor, and various US medals and awards as well, awarded to all three, two of whom were active-duty US military members on leave) playing themselves.

As a dramatic piece of art, it's fair to middling. Taking nothing away from the enormity of the actions of the central figures (for crying out loud, dude charged an AK-47 leveled at his chest, and won), it's a five-minute episode, crammed into an hour and a half of film.

And to be fair to the guys in question, and Eastwood, that's probably all you could do with it. If you knew the story before you saw it, WYSIWYG. The five minutes surrounding the incident is the whole movie. Trying to gin up a lifelong backstory is a herculean effort, and in this case, simply beyond the abilities of even a director like Clint, which is to say it probably couldn't be done by anyone, unless you wanted to Hollywoodize everything, and make up everything.

Which is exactly what he didn't do, and didn't want to do. For which, many thanks.

And proof of Eastwood's power in Hollywood, there are flagrant and repetitive Christian religious themes and references, and in a good light. That this is so jarring in any movie not released by Mel Gibson or the Sherwood Baptist Church of Albany, GA is a measure of how depraved the medium has become.

If you're inclined, go see this, if only to piss off Leftards.
And to thoroughly enjoy the moments when the flick's Mohammed Imawannajihad gets pistol-whipped and butt-stroked repeatedly in the face with his own weapons.
(The minute someone makes a gif loop of that, it will replace the Moldylocks Punch as my new favorite endless clip.)
But this isn't Flags Of Our Fathers, American Sniper, or even To Hell And Back.

What it is, is a vivid reminder that, just like in Eastwood's last pic, Sully, your entire life may come down to one fleeting moment, and be forever after summed up and remembered for what you did once, in 208 seconds, when opportunity met preparation and the willingness to act.

There are worse ways to spend $10 and an hour and a half, and few better reminders that life happens, come-as-you-are, and there aren't any warning notices. 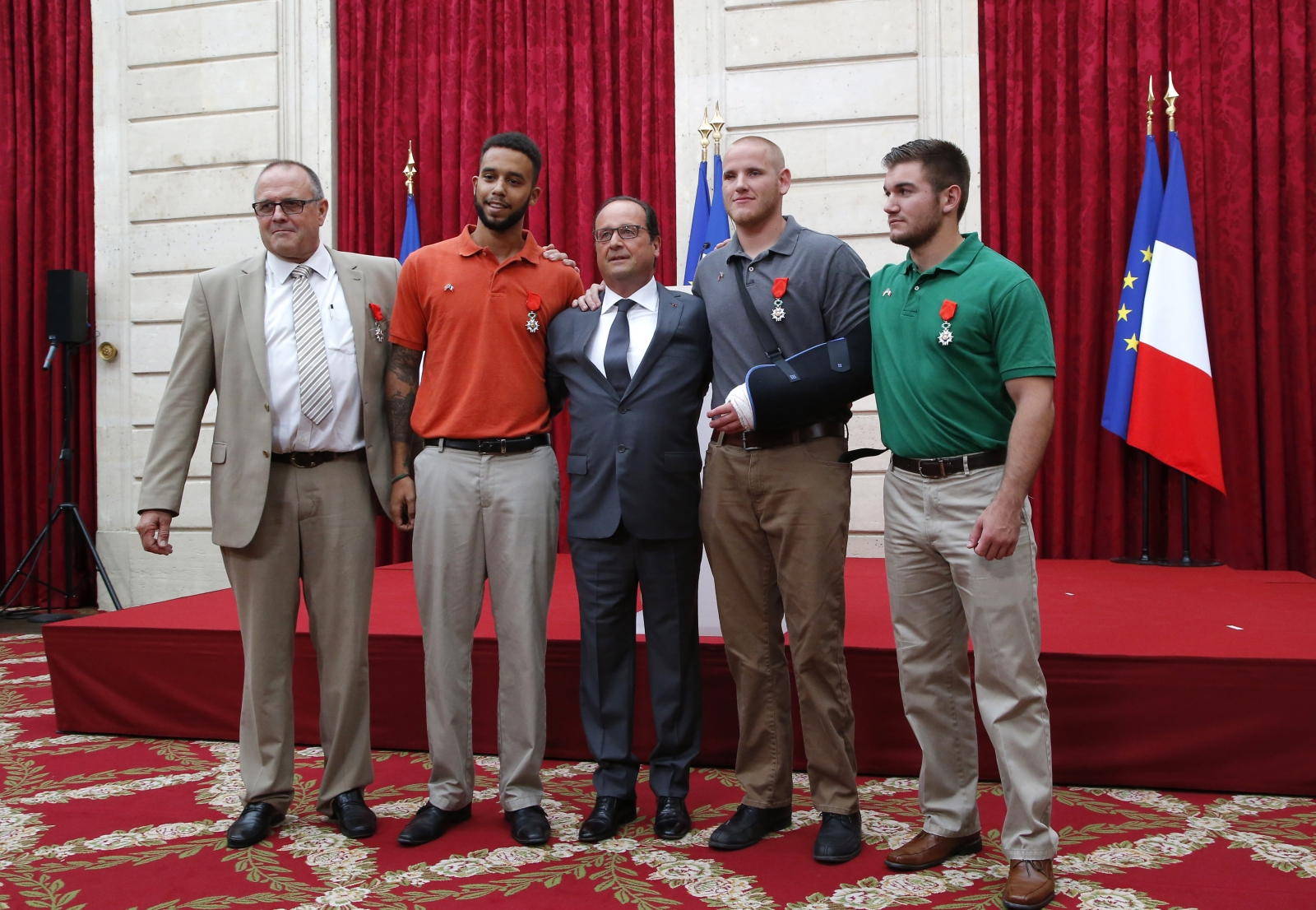 Sometimes, even the French remember they're as much Lafayette as they are DeGaulle.

And on that day, nous étions tous français.
Posted by Aesop at 12:33 AM

All of the people in that picture played themself, the 3 American heroes and the French doctor. The shooting victim Mark as well as his wife also played themselve.