The Dreaded Memo is loose. Google it: it's up about 27 places. Including here. Washington DC forecast:
Serious lawyering up, with moderate subpoenas, and scattered Arkancides for the next several months.

Meuller’s done. (Plus, what did he know, and when did he know it. He should be subpoenaed immediately - at minimum, his investigation is over, at worst, he's a co-conspirator).
Comey’s done.
McCabe’s toast.
Strzok’s toast.
Page’s done.
Ohr and Yates are toast.

Get your popcorn.
This is going to implicate Lynch, and then ultimately HopeyDopey and Shrillary. And Fat Bill.

With backsplatter right in the MSM’s face.

Whether it whacks the FIB is an open question.
Look up the Church Committee hearings circa 1975  re: FBI and CIA for precedent.
Wray has to be on suicide watch.

Oh, and Trey Gowdy’s announced he’s not going for re-election.
Which means he can do whatever he wants, damn the fallout, from here to the end of the year.
Like take the next opening, as either AG, head of the FBI, and/or the next SCOTUS vacancy.

And Gray was asked what actual crimes are at stake here.
So I did some quick checking:

Up to fifty nine years (X 4 FISA warrants) plus civil awards in federal PYITA prison for the winners.
Every swinging Richard. 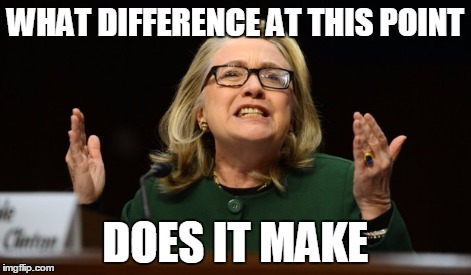 A.:Anywhere between one and 236 years in federal prison.
#Lock Her Up

That's trial-of-the-century Watergate-level worthy actual stuff.
This kind of shit gets you put away until you die.
And should.
Posted by Aesop at 10:46 AM

Labels: bread and circuses, Drain The Swamp, epicaricacy, Lock Her Up

I hate to say this but I doubt any of these vermin will spend a day in an orange jumpsuit. Yes. My faith in our justice system is that broken.

As a former US intelligence professional, this is my analysis on the four page HPSCI memo:

The Gray Man... that is a good read. Posted to another site just now.

Thanks, GM. Added to the OP as well. Good stuff.

Either Sessions acts on this ASAP, or Trump needs to start massing troops on the South Lawn.

Thanks, Aesop. Now my question, that some have asked me... What laws were broken? That's a good one for some research. I'm wondering who could be charged and with what?

Fifty nine years plus civil awards in federal PYITA prison for the winners.

I'm reposting this post, Aesop, as far as I am able. Now that the memo is out, we need to all be aware of what laws were actually broken so we can see if the rule of law is really restored. Today bodes well, I think.

In reading the memo (and related open sources) I find the "warrant would not have been sought" (absent the dossier) verbiage.

I have been unable to find verbiage that says the warrant would not have been able to be "obtained".

Not seeking one will definitely not obtain one, but the intimation is that absent the dossier, there would be insufficient PC to "obtain" a warrant.

Can you point me to verbiage that supports that premise (insufficient PC) regarding being unable to obtain a warrant absent the dossier?

There's no PC for the warrant even with the dossier.
There's no articulable crime that was committed, and no facts in evidence in support of the contention that a crime was committed.

The memo makes that crystal clear, as does everything else to do with appointing a special prosecutor.
His mere existence, at this point, is contrary to law.

Now we know that the motivation is beyond suspect, it's entirely partisan and illegal conspiracy, before and after the election.

That's why FIB director Comey was fired, and why dep. FIB director McCabe was all but perp-walked out of the Hoover building under armed officer escort.

Rosenstein also needs to go, and unless Wray cleans house down about ten levels, he should be booted as well.

Also everyone at DoJ who so much as smelled this thing, back to two years ago.

Then start making plea deals (guilty pleas, including reduced prison, but still including prison) until you get them to roll on Lynch, Obama, and the Clinton Crime Syndicate, in the dock in front of a jury.

The FISA warrant wasn't the idea of a rogue agent or three, it was a conspiracy involving those in charge, from the top down.

The little fish deserve 50% sentence cuts, if they roll completely.
Everyone else gets the full nut.

This was sedition and treason, and they thought they were going to get away with it. They're lucky they're not facing a noose.

All much to do about nothing - (read the MSM other than Fox), that's what 70% of Americans will do. The swamp won't just roll over after one hit. This is going to be a long, hard slog and they might still win. We'll get to 16 a lot sooner that way. Why wait till the next Dem to get in?

I want the putative "white hats" to stop yammering to the corrupt MSM and start talking directly to We the People. This needs to be done in home states, home districts, and home towns, tirelessly and purposefully. We the People can do little to advance the legal battle, but we can do everything to advance the war on the ground, which is a battle for minds. Time to do an end-run around the entrenched media.