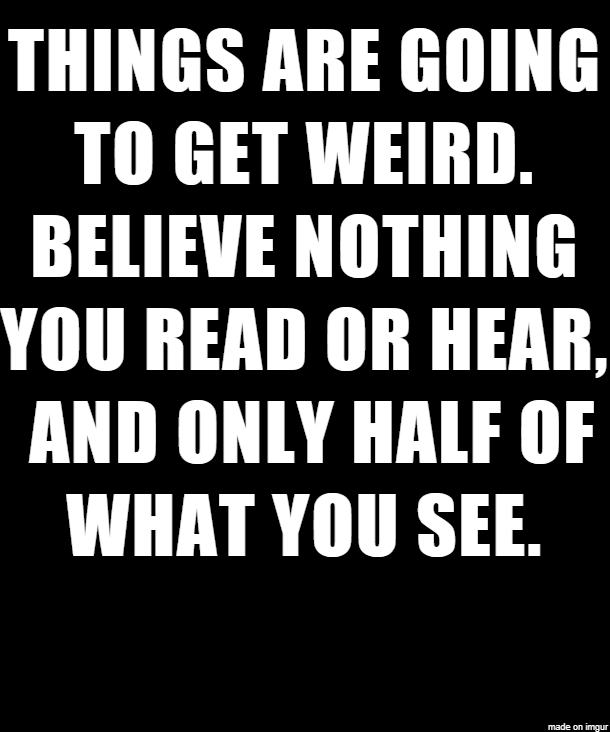 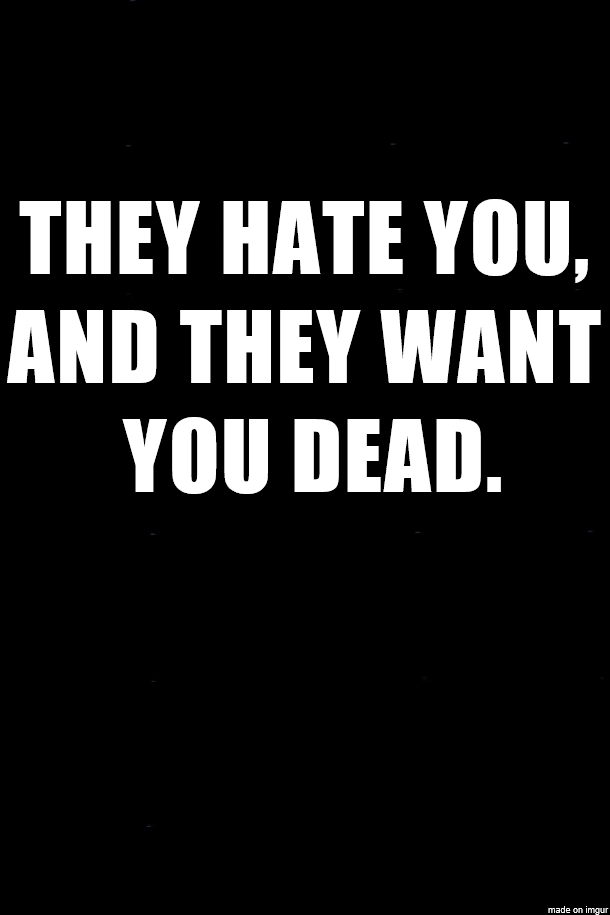 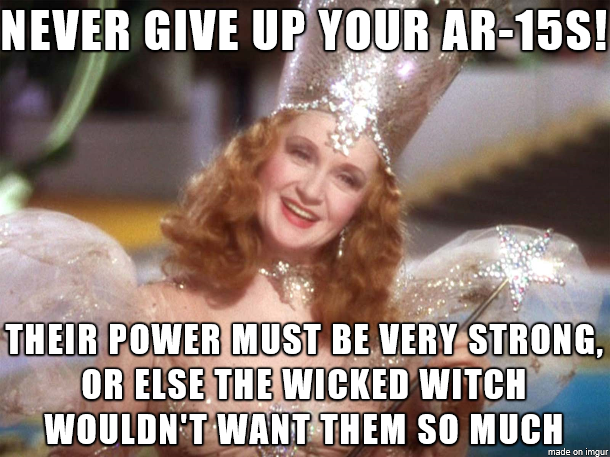 WeirdER. Things are going to get weirdER.

That last pic is simply awesome

We are all getting a wonderful, if somewhat brutal lesson in epistemology. How do you know what you think you know?
People are capable of believing in any bizarre nonsense they want to believe. That's how we have such concepts as "suicide bombers". But often, reality has a way of intruding on erroneous beliefs like a two by four upside the head. Or as you often put it Aesop, at around 3200 fps.

I deleted Anonymous @$$hole's whiny screed, including the gratuitous ad hominems of a pathetic fucktard, because, just this once, I'm going to make a point.

Dear Unknown @$$hole,
1) Since you knocked off work Friday night, I've put in a full week's worth of hours in my chosen profession. Since neither you, anyone else who reads or comments here, nor the blog itself, provides so much as 1¢/yr towards my monthly financial obligations, going back 10+ years, you might perhaps have some wee appreciation for the fact that I don't work for you, and you pay no money to come visit here. You also have zero claim on my time, talents, or efforts. That alone should be reason for you to figure out that you can cheerfully go fornicate with yourself, for all I care. But that's just for openers.

2) I haven't called for any such armed uprising. For your fund of fourth-grade drop-out information, incitement to riot and sedition carry heavy federal penalties, and violate TOS on pretty much everything. I'll let you see if you can figure out why I choose not to spend the next 25 years to life watching the revolution which is coming through prison bars in a modern day Bastille.

3) That said, I do expect that there will be one, regardless of whether or not I urge it, because there are too many million people who won't willingly get on boxcars simply because our would-be overlords wish it so. I'm one of those millions, FTR. You, OTOH, smell more like someone trolling for an indictment, or just simply a low-80 IQ moron, if any of the previous is news to you.

4) To which heroic example do you refer? Show your work, instead of putting words in my mouth that I didn't utter.

5) Whether you are a cuck who will slink away I have no means of determining, but if you insist, I'll give odds.

6) What I have done, and will do, is something that's my business, and certainly not something I'll post here online. But then you either knew that, and once again, are trolling for indictable offenses, or else you're literally too stupid to pour piss out of a boot that had the instructions for the endeavor stamped upon the bottom of the heel. I leave it to the readership to decide which is likelier.
I also haven't said what I'll do, because come the day, talk is pointless. As evidenced by your comment.

7) To what "plan" do you refer? I've told anyone who'll listen for years that I've seen no evidence of anything resembling a plan, a planning process, nor planners, from any of the 5000 idiots who've taken to the streets like so many jackasses. Which has pretty much everything to do with where things are now.

8) My "major contribution", going back years, has been to lay out, firstly, the sorts of things one should nail down to ensure their own survival individually, and that of their immediate family unit. Then posted an entire basic training curriculum for anyone to bootstrap themselves up to simple functional adequacy, of the type familiar to the 2% of us who've actually served time in an organized military organization. I've further laid out the entire organizational structure for anything up to company, battalion, or regimental organization, i.e. 100+-500-5000 people, for anyone who has that many hard-hearted and seriously dedicated friends and neighbors. I specified the major functions and necessities such a group requires. I've linked to literally thousands of pages of information from subject-matter experts on those topics, yours absolutely free for mere mouseclicks, had you the wit and enthusiasm for the task.
(cont.)

(cont.)
For a bonus, I've handed you literal reams of historically relevant information, and the associated handbooks and manuals, for all sorts of aspects of unconventional warfare, insurgency, resistance, sabotage, espionage and guerrilla warfare tradecraft, and a host of other topics, going back to when Dubbya was president.
Then just in case anyone is serious, I've linked you some top-notch experts on all sorts of things, whom I can promise you are anything but oversubscribed from people serious about doing something. So we can take it for granted you're not up to the challenge of so much as one class from any of them, let alone all of them.
9) Your chief contribution is to come here, shit your diapers, dig around in them, and smear your artwork on the wall, because you want me to take you by the hand and tell you what to do now, because being as lazy and shiftless a fucker as you are stupid, you have - to a metaphysical certainty - taken not one single suggestion offered previously here in literally thousands of posts to heart, nor done even a fraction of the most basic things to proceed forward into any position of intelligence or bare competence.
10) I could explain why what you whiningly demand now isn't forthcoming yet again, but the easier path is simply to suggest, ever so patiently, that you unfuck yourself, pull your head out of your ass, go back to the beginning, a read what's been laid out. If you get to even having one similarly trained squad (that'd be 8-15 people, to save you the months of effort you've avoided until now), I'm reasonably certain that between the lot of you, you can come up with a pretty good idea of what to do next without further input from me, but I'm even more certain that you couldn't find 8-15 other people who'd want you, nor would have your back, any more than you'd have theirs.

Hope that clears things up for you in a meaningful way.
DLTDHYITAOYWO

I see you also took the time to scrub your Blogger ID after you posted, which leads me to believe you're just one of the Trolls perma-banned from here before, but too chickenshit to take your banhammer standing up.
Loser.

The right has yet to develop any sort of plan on how to even start getting organized, let alone have intel teams, comms plans, exfil spots picked, out, and all the other stuff that should be locked down before venturing into street theater. That was plainly obvious to Ray Fucking Charles on the 6th, and I don't expect anything better come the 16th for that obvious glowie "armed protest" some fuckstick or another is organizing.

Just yesterday I saw 4 Gilligan "patriot" protesters at San Diego who halfheartedly engaged with Antifa and got their ass kicked in 2 seconds flat. One of those dipshits was standing there with more than a dozen Antifa closing in from a 180 degree front with his hands in his fucking POCKETS.

I am tired of seeing people supposedly on my side LARPing at being a street level protester and getting their asses kicked through total lack of planning and prep.

Aesop has published a bare bones check list for what it takes to get ready for street theater, and I have yet to see anyone even try step one.

Aesop save your time and energy sociopaths don't care what gets said to them but you know that already.

I love it when Kurt Schlicter says it on social media and also buy more ammo even though he is a grifter as well.

Just waiting for the day "they" get all the ammo back.

Your restraint is admirable! Sadly, you are talking to half the nation at any given time.

Aesop I'm going to CHARGE you for the Coffee I just blew out my nose and that spilled as I Rolled On The Floor Laughing My Ass Off. Was WORTH Spelling out that Anacronym this AM.

As an old NCO I've said MANY TIMES Before "I can Explain it to you BUT I cannot UNDERSTAND it for you". Ignorance Might be curable, STUPID IS.

The TRAP laid out by the Powers that Be and Antifa of Jan 17th "Event" will sadly only get the hot headed NOT the Perma-Banned Trolls who will *still* be hiding behind their chickenshit keyboards trying to get OTHERS to DO what needs to be Done.

Small teams, closed mouths, bad attitudes. But if the Insurrection Act doesn't stop this train our Republic is lost no matter how much we cause trouble for our new Chinese-Deep State Overlords. All the faith in the system and trust in neighbors will be killed in Ethic Cleansing Aka Bosnia. The ONLY Reason Bosnia exists at all right now is European Governments keeping it "alive" in name. Much like West Germany was kept "alive" after WW2 by America as it's Government was TOTALLY Discredited.

Praying for wisdom and our Republic. Less than 10 days, EVEN LESS IF Pence does the 25th Amendment per Pelosi's Demands today.

Having just totaled up all my writing on the various subjects, I have a VERY good understanding of the effort you've put in. For anyone else wondering, it takes a lot of time and effort to consistently put out ANY content, but especially well written and researched content. That's one of the reasons so many great blogs go silent.

Your ebola coverage prompted me to take action and this pandemic has been a walk in the park as a result.

Your reports from LA provide a sobering ground truth.

Keep it up, and stay safe.

(and maybe build yourself a shipping container castle with the overtime)

I am stealing that line. I have been trying to find a way to say those exact words.