JW Always Cuts To The Heart Of The Matter 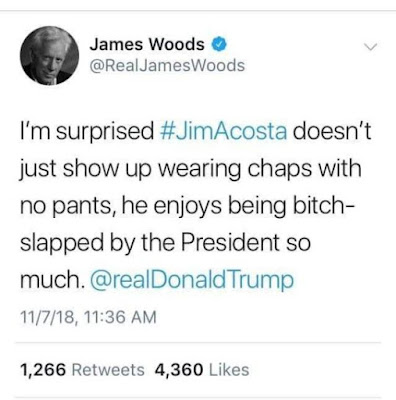 Only reason I joined twitter. Just watch the banter. I'm just an observer.
I do not want to twit or twat or tweet.

I don't have your email contact, so I send this to you here.

Chaps without pants? Talk to Don Lemon, he's in the other room.

More recent posts don't seem appropriate for this link. The article truly speaks for itself regarding the many problems...

"Being a woman in combat is unusual, but being a married woman deployed alongside her husband even more so. In “Honeymoon in Baghdad,” Radkiewicz tells the strange story of her first few months of marriage, which took place in military camps in the middle of Iraq and consisted of hours of boredom, suffocating heat, frequent ambushes by insurgents and clandestine trysts with Jake whenever the two could find some privacy. It also created an unbreakable bond with her new husband."

"One night just after arriving at Camp Safir in Kuwait, she and Jake, who were sleeping next to one another on the floor, “flagrantly disregarded the delicate sensibilities of our fellow soldiers and, under cover of darkness, got pleasantly busy. We did try to hold off until everyone was asleep, but no system is perfect.” They were busted by a fellow soldier, who called them out in front of all the other soldiers sleeping next to them."

"Eventually, the couple did get to take a real honeymoon — they went to the German military resort Garmisch-Partenkirchen, where Heidi found out she was two months pregnant. Counting back, she realized her son was most likely conceived during a tryst in a semi-truck. “We would find spots wherever we could,” she laughed.

It meant she had to be sent home immediately, leaving her husband behind, which was excruciating, she says. 'We were best friends. Battle buddies. We were everything to each other.'"

Need to stop calling Abilo Acosta "Jim" to help this refugee 'blend in' to do his fellow white people schtick.