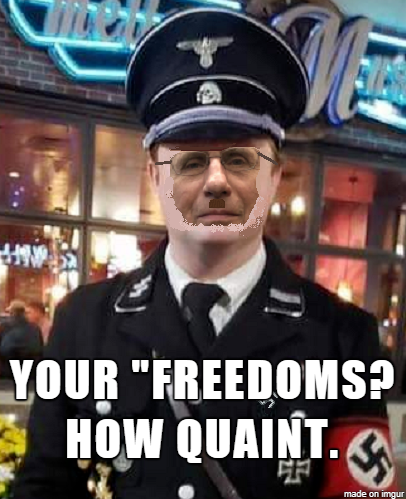 Mike at Cold Fury  lives up to his blog's name, and has a few well-chosen words about Herr Fauch's latest führerbefehl:

"This pig-ignorant little Nazi, remember, has held a powerful and remunerative position in the federal government for his entire career, since 1968. The poisonous dwarf has “served” under five Presidents—two Democrat-Socialist, three Repugnican. And in his view, the mandate of freedom and individual self-determination upon which this nation was founded can be flippantly discarded with no more than a casual wave of his mighty hand, the US Constitution be damned. He knows virtually nothing of the most fundamental American ideals, and cares about them even less."

Don't hold back, Mike. Tell us how you really feel.

We've been telling anyone who'd listen, since at least 2014, that Fauci was nothing but a substandard intellect foolishly given a whiff of authority by a government posting, but he's really outted himself here, and Mike goes on from there, succinctly and thoroughly painting Herr Fauch as exactly and completely the man you see pictured above. It's magnificent, and recommended unreservedly and enthusiastically.

By all means, RTWT. 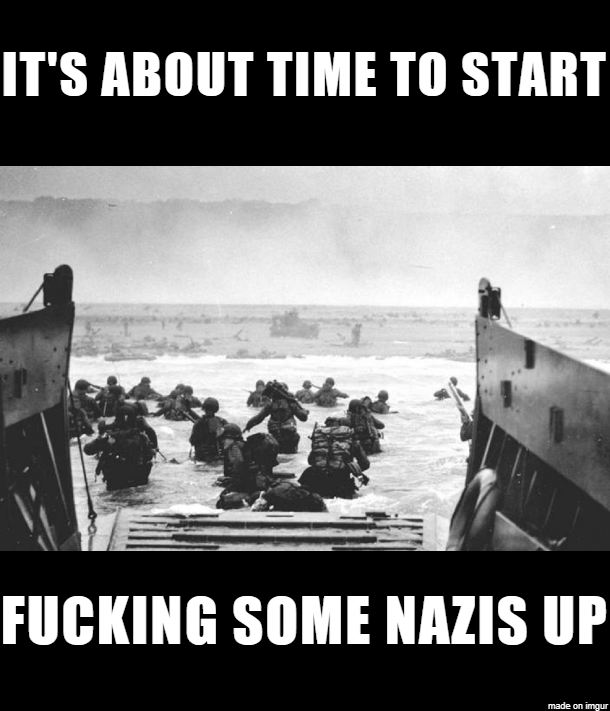 I don't know where that image originated but that's an awful piece of art. That is amateur image manipulation at it's worst.

Wrong uniform, use the Soviet Army uniform for much greater accuracy.

In Germany, the Bolsheviks were called Antifa, yes, way back when. They were most of the same (((group))) as the Bolsheviks, too. That holds true today, Antifa is of the same (((tribe))) that they were in Germany over 80 years ago, plus now they have the weaponized BLM tribe. I link them thusly Antiifa/BLM

By the way, the first occupants of the work camps in Germany were nearly 100% Antifa.

I'm wondering your view on Arnold, the ex-terminator telling us all "screw your freedoms".

The anschluss is coming sooner that I expected.
The Army is recruiting for the new SS.
Search: US Army National Guard Internment / Resettlement Specialist, andbsee what they are expected to do, and to whom.
We are their enemy, and thry are coming for us and for our families.
John in Indy

@AC47 Spooky,
It was intended to be thus. He doesn't deserve any better. If I could have done it in crayon, or better yet diaper spackle, I would have, since he's a piece of sh*t.

@Charlie,
The Doucheinator Republifake can take his Nazi ass back to Austria, and fuck him and the horse he rode into town on, sideways, with a dull, rusty chainsaw.