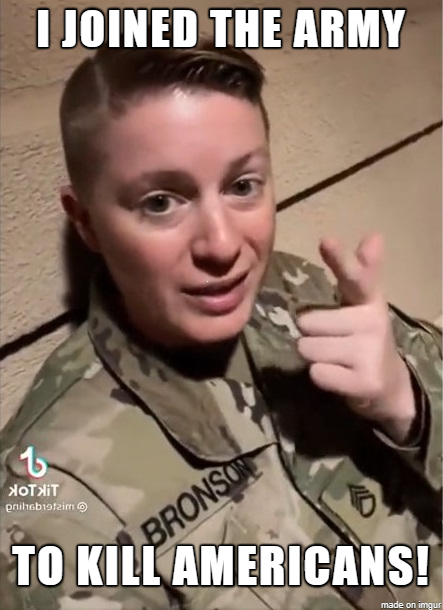 I posted that title deliberately, lest I be misconstrued.

Kudos to SSGT Cindy Rena Bronson (AKA Army Karen), from El Paso TX, for outting herself (not the way you might think), by informing 330,000,000 Americans via video that she "will shoot you" civilians in a martial law scenario in America, if you come out of your house, because "you're the enemy". 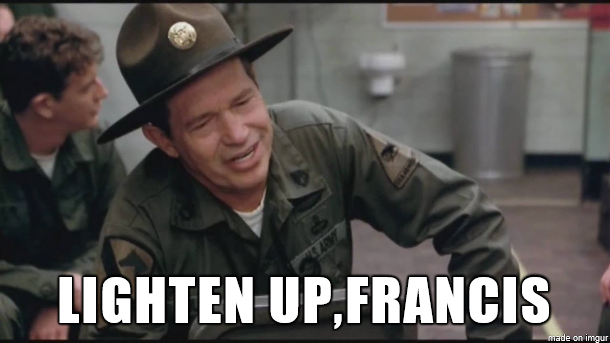 The offending video, with the info given, is already findable in about 2 seconds all over the 'Net, if you care to apply the effort.

Dear disloyal fascist peawit: You are a No-Go at the stations marked Oath Of Service, ROE, and Basic Common Fucking Sense, and are Too Fucking Stoopid to wear any stripes, except the prison variety. Your recruiter should be crotch-kicked for about 3 days straight, by a conga line of prior service former drill sergeants, just to make the point. How you ever got past basic training highlights the sad lack of any standards for military service in this country, and getting all the way to staff NCO rank shows that the Army gives out promotions to fucktards like they couldn't find such unredeemed shitheads fast enough. You are the poster child for abolishing a standing army, and throwing the lot of you into prison until your initial enlistments are up, or for a term commensurate with your time in-service for people like you. If they drummed you out afterwards, and marched you at bayonet-point across the Bridge Of No Return at Panmunjon into North Korea at the DMZ, and tore up your American citizenship papers behind you, it would be too good for you, and far too light a sentence.

But be advised, if martial law is ever declared in America, Motor Transport Operators (that would be truck drivers) like you should be informed that under such likely unconstitutional eventuality, the range will be hot in both directions, and you won't get your weapon out of its holster before you get popped right between the running lights. They won't name any bridges after you, but you can bet your body parts will be used to decorate one. And what'll go on any grave of yours, if anyone bothers to shoo away the pigs feeding on whatever's left, won't pass for flowers.

But after recent events, you'll understand why precisely no one in the entire nation is quaking in its collective boots at the fear of what you, or even the entire Army, think you'll do. You won't get what you like, and you won't like what you'll get. (cf. Lord Cornwallis) {Yet another strike against Common Core grads like SSGT Bulldyke, is that she probably couldn't come up with the significance of the reference, even with a cellphone, three lifelines, and a shout-out.}

So put away your finger gun, and stick your thumb back into your cockholster, you would-be-Nazi stormtrooper cunt, before you beclown the entire U.S. Army more thoroughly than the events of the last two weeks have already done.

THIS twatwaffle, and her ill-conceived retarded rant, is exactly why women don't belong in the military, including the US Army, especially not whiny-voiced authoritarian little bitches that wish they were men. (I find it passing hilarious that a significant number of posters hither and yon commenting on the video thought that was a dude. Well,...maybe in North Beach, or Berzerkley.)

And it would probably be best if her chain of command restricts her to quarters indefinitely until her inevitable separation "for the good of the service" as "unsuitable for retention", lest someone more offended and local to her takes umbrage, and decides to end her military career rather more summarily, while she's out cruising lesbian bars in town, or the female enlisted barracks.

It's even odds she has as much to fear from troops on base as from the civilian population, and at this point, witness protection isn't out of the realm of wise courses of action from her chain of command.

Unless she was trying to get kickedTFout, the entire situation is unbe-fucking-lieveable. 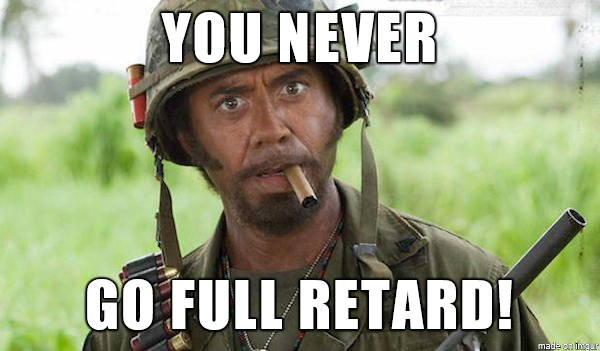 Labels: like the military - but in Bolivia or Zambia, military, this is your enemy

Don't hold back, man. Tell us how you really feel.

It's so absurd, I wonder if it's fake. Even if it isn't, her stupidity might lead to a training accident to prevent the media from making her a darling of the evening news.

Dumbassery has reached a new height.

She has the full force of Thoroughly Modern Milley behind her , Heh !

And yet they relieved a Marine Corp Bn. Co for stating the obvious?

My little band of MerryMen has voted.
We accept.

She has the full force of the US government in all its branches, and the US military behind her. We're the Taliban now.

the 'woke army' is being built to CONTROL, NOT DEFEND us. this is one of its believers, the face of the real enemy if you wish.

"Give me four years to teach the children and the seed I have sown will never be uprooted." - Vladimir Lenin. the schools have had them for 12 years each over 3 successive generations with more time 'in training' if they are/were in college. the pathetic cunt featured is just one of them, the face of the true 'domestic enemies'.

the day will arrive when such people regret what they have become and what they said.

the lesbo whore has seemingly scrubbed its online presence. or uncle sam.

I can envision her face on bulletin boards and taped to walls all over the country. And on range target boards where such might be allowed. Just so that everyone remembers that face and will know the proper response if they see it.

When I saw that video, I must admit that I took it for a tranny, rather than a dyke. I now think I was mistaken. Bottom line: who cares what particular kind of degenerate it is? The real trouble is that it's using up way too much of my oxygen. Anything more than two or three molecules, by the way, qualifies as "way too much."

Fake bravado from the girly soldiers cheers me up while I'm greasing the action on my AK-47.

Yeah, big mouth c**t until she runs into men such as these, Operation Pineapple Express.

Given the results of the Biden control group against the Taliban as a force in place enemy, is that comparison such a bad thing? They had the "full force ofvthe US government in all its' branches, and the US Military" against them, andbthe US failed because we did not see the true nature of our enemy.
They see us as the straw men they visualize. We are not those straw men.
John in Indy

She ought to go back to her old job of holding back water in Holland.

I no longer have any confidence that this little wannabe will be held to account for publicly fantasizing on matters far above her unearned paygrade.

The US military is compromised.

Twatwaffle!! Thank you! I have a brand new word to play with!! She is as ugly as sin and just as stupid. How any man, woman, or inbetween-er could want to F*** that is beyond me. I love the finger gun; by the way, 5 yro's get suspended from kindergarten for that behavior. Women do NOT belong in the US Military-except for answering phones and typing. And yeah, those are old school skills that will be making a comeback.

(volunteers to be back-up kicker on the crotch kicking session)

Worked with a CM2 back in the 90s who said it best: “Every woman in the military should be attached to MWR so you can check one out when you need her.” 20 years & 100s of female sailors taught me the underlying wisdom of that statement.

Back in WW2, a guy named Josif Broz (known to the greater world as Marshall Josif Tito, ruler of Yugoslavia from 1945 until his death in 1980 - yes, he kept that shitshow together and pretty happy, despite 700 years of them killing each other) was interviewed shortly after the Germans had invaded...because he was in charge of the largest group (Communists) of partisans fighting the Germans.

He was asked, "How are your men, armed only with old rifles, going to defeat the Germans, who are armed with new Panzers?" His response was, "When the Germans get out of their new Panzers to take a piss, my men will shoot them with their old rifles." This response not only displayed tactical and strategic brilliance (and, undoubtedly, a good knowledge of military history), but a great sense of humor (and a bit of biting sarcasm).

I sincerely doubt that this bitch has ever even heard of Tito, let alone has any knowledge of what he did and how. The fact that there are well over 100 million armed Americans, in possession of probably 1/2 billion firearms and tens of billions of rounds of ammunition (not trillions, as some people claim - it would imply 2,000 rounds/firearm, which is utterly unrealistic in that large of a group). She (it?) simply doesn't understand that if a rather nasty argument got started between the people of this nation and the government that was supposed to be representing such people (but was doing the antithesis of that), then undoubtedly there would be many people who would be inclined to pay her a rather unfriendly visit.