And This Is Why You Flunked Logic 101 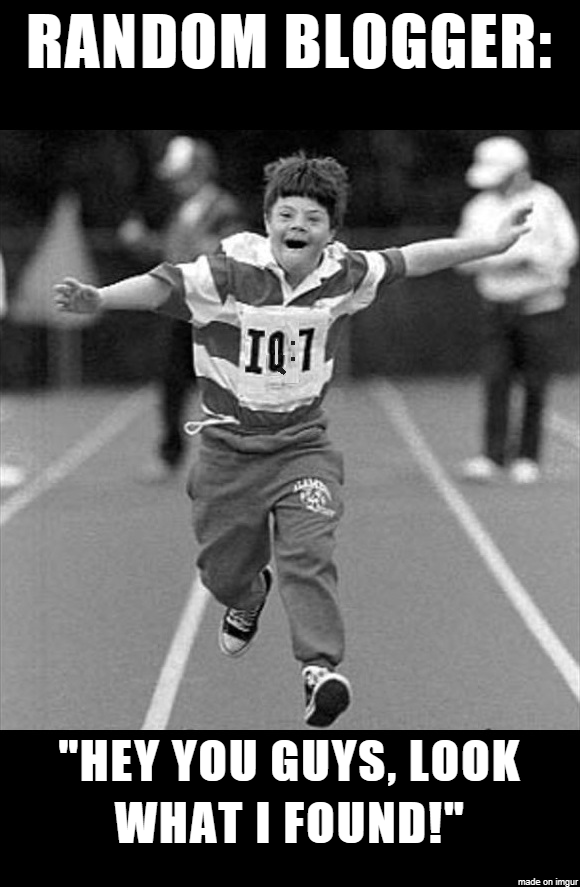 Um, no. And what follows is aimed at the original generator of the content, not the re-poster of same:

1) Let's bear in mind, the headline summary was generated by a retard. While they still bear some stiff kicking, we'll use soft shoes.

2) Say it with me: "Correlation Is NOT Causation".

IOW, countries with the highest vaccination rates, also have the highest rate of elephants in their zoos, Coke machines in their airports, and the highest number of deaths from plastic surgery. This does not mean that elephants cause COVID infections, nor that COVID vaccination causes death in plastic surgery, nor that it's spread by Coca-Cola bottles, unless you're a fucktard with a sub-80 IQ. (Don't raise your hands. We'll spot you in Comments, to a metaphysical certainty.)

3) Demonstrably false. The US, with something like 60% vaccination, has an infection rate of maybe 10%. Mexico's infection rate is reportedly something like 2%. But their death rate is 10 times higher in Baja California, than in American-side Califrutopia, right next door. Yes, medical care in Meh-hee-co sucks balls, unless you're rich. (A Ha! There's one reason for the difference that has nothing to do with vaccinations!) But does anyone seriously think that the virus, which generally kills less than 3% of victims, is magically 5-10 times more deadly just from eating burritos and drinking horsepiss cerveza? That's simply fucktarded stupid, contrary to actual science, logic, and common sense. What it should tell anyone with a basic issue of common sense, is that Mexico probably has 5-10 times as many cases as they're reporting, (which ergo, nota bene, means their infection rate is as bad or worse than the US, even though their vaccination rate is in the piss-poor category, undoing the entire recockulous premise) but they have no money for testing, just like they have no money for treatment, nor vaccinations. So another 10-17M people with no to mild symptoms never got tested in Mexico, because they're living barefoot, on beans and goat meat, and the local hospital uses reading goat entrails and chicken bones as a treatment modality, because the "doctor" there has a bone through his nose.

IOW, when you've tested your entire country twice, the rate is one helluva lot more accurate than it is in a country that hasn't mastered flush toilets, and hasn't the money to test anybody but the rich people who are also very sick.

And countries that can afford to test people on a whim, can (and have) also paid up front for the not-a-vaxx at much higher rates than Shitholian and Traschanistani countries who still shit in the gutter in front of the house.

4) None of that means that the not-a-vaxx, which is apparently more worthless by the day, except to cull surplus population, is not increasing the number of new strain variations, because viruses gonna virus. Bummer for vaxx early adopters, huh?

How much that increases ADE variations is exactly the point under question, so assuming one's hypothesis in the headline is a wee bit of circular reasoning. (For Common Core grads, that would be logic-jargon for "another piece of fallacious horseshit." You could look it up.)

So FFS, think - for maybe a minute, at least - before you post or repeat anything as jackassical as the above headline. It's diaper spackle, not data. Pleeease. I'm begging you. Stop being Charlie Brown every time some dumbass Lucy tees up the football.

And any blogger, reporter, or or anyone else, who can't figure all this out in 3 seconds of staring at that headline can probably tell you what the windows on the short bus taste like, from memory.

If you're just shit-posting for clicks, FOAD.

But for equal time on how to post a blog headline that asks a damned good question instead of push-poll answering it, try this example:

Labels: Arguing With Retards On The Internet, Covidiocy

How this question: where is the risk-benefit analysis for the Covid vax? Of course only considering healthy people so to not distort the data.

I axed the same question. Apparently, you run a genome test. Sounds expensive and time consuming. I doubt they've run more than a dozen in the whole country.