Warning: Cape Does Not Enable User To Fly 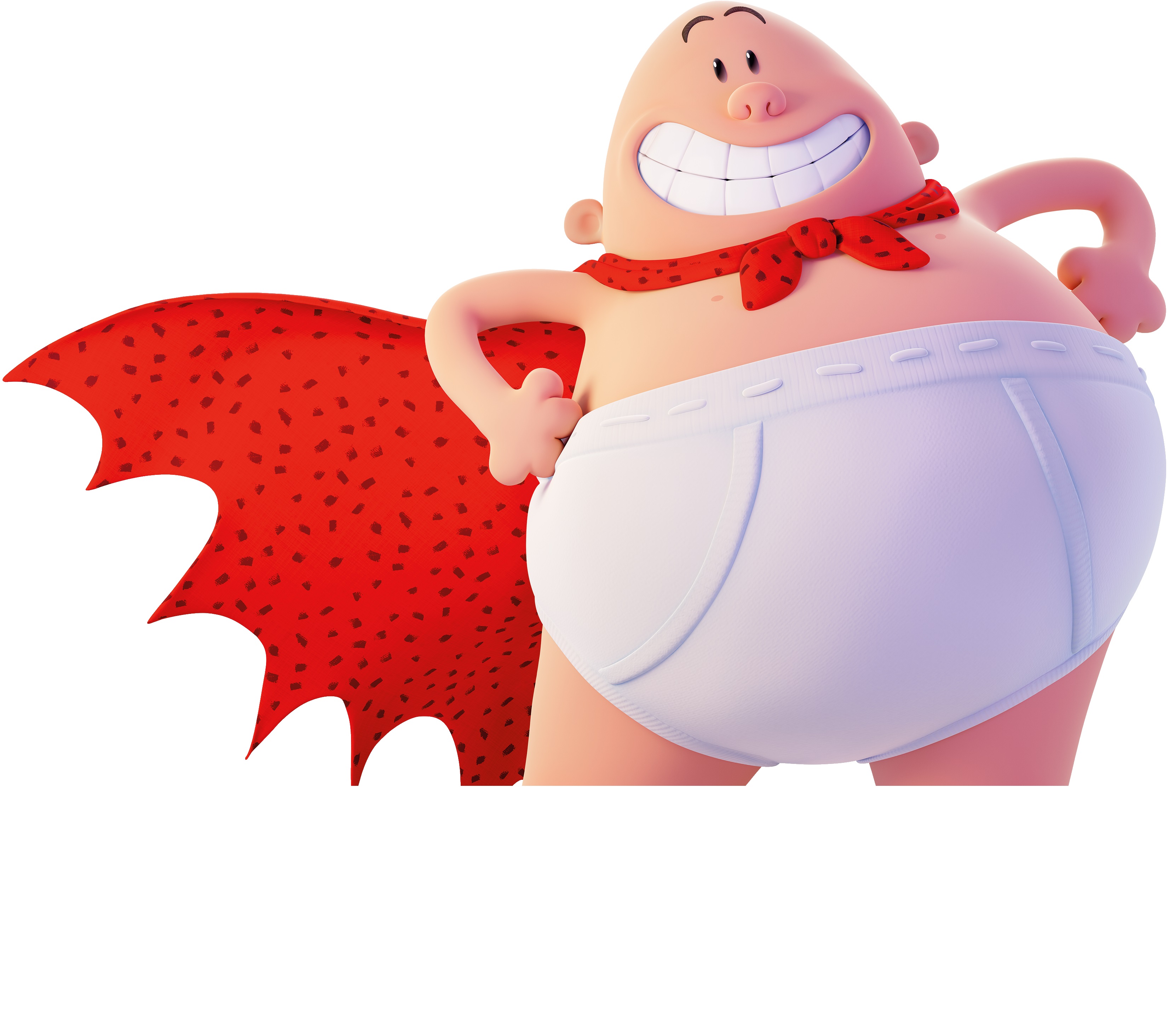 CA brings to your attention a post at American Partisan, referencing the utility of Dakin's Solution for wound cleansing.

As far as it goes, good stuff. Go read it.

We take the opportunity to amplify some under-emphasized points from that information.

1) Note the recommendation for making up over 2 gallons for "large or dirty wounds". This is not something you will be whipping up in a canteen cup over a campfire. You're going to need a dedicated facility adequate to the task.

2) The recipe for saline is adding 9 grams of salt to 1 Liter of boiled (and cooled) water. (For countries that have landed on the moon, that would be 1.2 ounces of salt per gallon.) All Dakin's adds is diluted hypochlorous acid, formed by the chlorine in the bleach, which does the actual business of germ-killing, plus a tad of baking soda to buffer the solution.

3) Anyone using isopropyl alcohol for wound cleansing is going to be rewarded by getting punched in the face by the patient. Hydrogen peroxide isn't much better. This is because both hurt like hell, because they're killing healthy, vital tissue. Wound debridement is trying to remove dead tissue and kill the germs growing on it from a wound. Creating more dead cells isn't going to help. And it will get you socked. (Moonshine, etc.: See above. The same is true for using just about anything not intended to clean and disinfect wounds.) Alcohol and peroxide are for cleaning fabrics, surfaces, and instruments, not the inside of patients. While they're better than rubbing dog crap into the wound, they're not better than nothing, or plain clean water. They're just better than dog crap. Don't use them for things you shouldn't be.

4) The average wound will require redressing at minimum of once daily (more frequently if dressings become saturated, dirty, etc.), for 7-21 days. Note that's per wound. So that box of 12, or even 100 4x4s isn't going to go very far. Start thinking of supplies in terms of case lots, not boxes.

5) Read the comments. Particularly illuminating is one by retired orthopedic surgeon Dr. "Hubbs". Read it all, to get an idea of what was required for him to repair one single hand laceration with a severed tendon. That's coming from a guy with four years of specific medical training after college, than another four or more years of orthopedic and surgical residency in that field, then a lifetime's worth of practical experience. You will not be doing that without that c.v. At least, not successfully. And note that he required things you can't get at Target, WallyMart, or on Amazon. Most of them are getable, but only with some diligent effort. That's before you ever learn how to use those supplies and tools. Followed by 5 weeks to recuperate. We repeat: Five. Weeks.

Either option can result in death.

Which is going to cut into your tribe's talent pool rather harshly.

If you're going to do medical care, you have to do it correctly every single time.

Your alternative is to half-ass it, and get the results one would expect from that COA.

Back in the day, I spent a few years as a paramedic (early to late '90s) and even then we were instructed to use only soap and water. Wound irrigation was for docs and RNs. There are a lot of reasons docs spend years doing without enough sleep and getting all that training. Without meds, IV sets, EKG monitors, etc. I am reduced to pretty much the level of a WWII field medic. A very good reason to keep one's health up: In a grid down situation you are pretty much on your own as far as getting better from an injury/illness goes. Get as much knowledge and training as you can. Even a Red Cross first aid class or EMT level course will put you legions ahead of most people.

Thanks Aesop for the post. I'm printing it and the linked article to go with my preps. I've been studying wilderness medicine for some time, and Dakins solution is well known. Wilderness first aid is always predicated on it being some time to get "second aid". Whether that is hours, days, or not in the foreseeable future.
Part of my preps include a stock of calcium hypochlorite, commonly known as pool shock (though mine is reagent grade for purity) because it stores as a sealed dry powder indefinitely. Household bleach degrades over time and cannot be counted on. Using it involves making up a working solution, and then using it in a hugely diluted form for water treatment. I'm wondering how much and in what concentration to use it for making up DS. I want to have instructions printed and stored with the materials.
My ancestors were wagon train people, and in their day the most trivial wound was life threatening, and many of them never made it to the "promised land". Those that did were tough as nails with immune systems to match.

Household bleach is usually a 6-7% solution of sodium hypochlorite. To mix it using pool shock, you need to know the percentage strength of your shock. High test is 78%.

The formula I have written on the bottle for mine (based on net research I don't remember the source of, but I remember double checking the math) is 1.9g per gallon of water for household bleach strength (and then 1:100 for water purification.)

Everyone says bottled bleach degrades, but the stuff I've tested was fine. Test strip was good. And even so, just use more until you get the concentration you need (in you diluted solution.)

I recently checked my pool shock, stored in the original bags, in a conditioned space. I put it up after ebola, so 6 years ago, give or take. Completely gone. Bag disintegrated and it combined with moisture in the air and the goo ate it's way down... and every metal thing in a five foot radius had corrosion on it.

I know, I shouldn't have let it go, but some stuff got stacked in front of it, and I forgot it was there. REALLY nasty mess to clean up.

Moral of the story, chlorine compounds are very reactive. Rotate your preps. Nothing lasts forever.

@Nick,
From what I've read, you wanted the bags inside of sealed plastic buckets. All by themselves.

Not for nothing, but my aircraft carrier had sodium hypnochlorate concentrate in a small storeroom for making sterilization mixtures of various concentrations. For example, we washed our gas masks in a very diluted mixture of the stuff on the regular, as part of the maintenance checks for same. Very nasty stuff, was very hard on the storeroom if any of it developed a leak. Going in there was not on my list of things I liked to do, it made my eyes water with chlorine smell (obviously).

Very nasty and corrosive indeed. The original packaging is NOT a sufficient for storage. You need to use an HDPE bottle, or at the least a glass bottle with a non-metal HDPE lid. (Might as well do all plastic and avoid the breakage chance.)

HDPE is the flavor of plastic. If you want to do the research, you can find other plastics that are non reactive with sodium hypochlorite, but HDPE is Known Good.

For those interested in medical and surgical history (you should be, since the post Pasteur preantibiotic era still has much to teach us, or at any rate remind us of,) a comment on the American Partisan post links to this excellent overview. Nobel Prize, stolen work, eugenics, wealthy widows. . . it's all inside!

From a layman (me) to a medical pro (you), do you have any thoughts on the BEST dilution/concentration to use for wound irrigation, given that too high a concentration may be "killing healthy, vital tissue" such as fibroblasts (see below)? The original article says to use a 10:1 dilution from "half strength" [0.25% sodium hypochlorite], which would be 0.025%. Note: Century Pharmaceuticals, Inc. listed their "full strength" Dakin's at 0.50% [sodium hypochlorite], "half strength" at 0.25%, and their WoundClenz® at 0.0125%.

All of the above is suggesting that 0.0125%, which is a 40:1 dilution from "full strength" 0.50%, kills the bad stuff without harming the good stuff when used for wound irrigation. That would be the same as a 20:1 dilution from "half strength" (0.25%) in the original article.