Scenes From The Fun Show 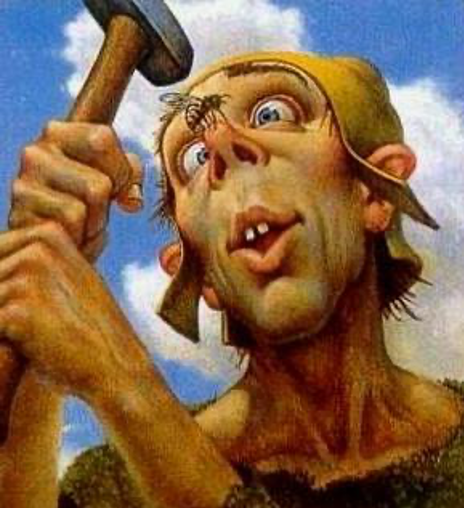 So finally, after dead people in the tens of thousands have tapered off enough, our would-be overlords have consented to let the local Fun Show hereabouts take place again.

I'd been to the last one, back before the last wave of Kung Flu cancelled everything, and it was ponderously well-attended, but this one has put Disneyland lines to shame.

Today, it took half an hour just to get parked, on a weekday (which they normally don't do), followed by a line stretching solid every bit of half a mile around the entire fairgrounds just to get in the gate.

For those foolishly convinced this state is all liberal kooks: 33% of 40M people is still more conservatives than voted for Trump in Texas in either of the last two elections. And apparently half of them showed up today. We normally get vendors from OR, UT, NV, and AZ, but this time around, people were driving here to shop from those states as well, judging by the plates in the parking lot. I spoke with three people in line who were attending after flying here from WA. (They also announced they were moving soon to Texas, and were from "the Midwest". Add that data point to your memory bank every time you start yakking out your @$$ about "people from CA/WA/OR coming in and f**king up your state". I've told you times beyond counting, they're not from here now, and they won't be when they move to your red purple states in 3, 2. ...). Stop blaming my state for being first base on their trip around the basepaths when they get to you second, third, or whatever. A non-zero number are your own idiots exported here, just moving back home. But I digress.

Even with the entire thing being under pop-ups out in the sunshine, instead of the wide-open barns normally used, the throngs were out in full force. I haven't gotten this much Vitamin D at one time since last September, and it was glorious.

Evidently large herds were there mainly for ammunition, which they had, but I wouldn't bet on the supplies holding through the whole 3-day run. That line was like Indiana Jones, on the 4th of July. The main ammo seller usually goes through two semi-trailers of product in under two days. Whatever they brought this time, it'll be mostly gone by noon tomorrow, if today was anything by which to judge.

While I, like any man, could always use more ammunition, I'm not deficient there currently, at least not enough to stand in line for a couple of more hours, and was in search of other bits and bobs instead. Including the fabled partially-constructed lowers of certain sub-species of firearms.

Whereupon, hand to God, the following exchange occurred at one such seller:

Bubba Dumbshit: "What's the waiting period on that?"

Bubba: "So what's inside won't look like that one sitting on top that's all completed?"

Bubba: "So I have to fill out the paperwork, and pick it up later, after it's built?"

Bubba: "So I can put the other parts on, and it'll shoot already?"

Bubba: "I was talking to him."

Booth Owner: "You have to build it."

(Turns to me snottily): "Some people explain it better than you."

Bubba wanders off mumbling and muttering.

Booth owner rolls his eyes and shakes his head.

The purchase I made from them afterwards more than made up for watching Bubba Dumbshit wander off thoroughly baffled by such simple concepts as "not a gun" and "have to build out".

I know the Founders, in their genius, decreed that everyone could own a gun, with no nonsense like a basic intelligence test to purchase, because that would be abused all to hell, but praise a merciful Deity that not everyone does own a gun. The weekly stories of general armed jackassery we read about are what happens whenever another Bubba Dumbshit buys one anyway, and sets both Darwin and the Grim Reaper to salivating, and wise men to seek bulletproof cover. It's just a hunch, but I'm pretty sure whenever another Bubba passes a NICS check, another mortician gets his wings.

And FTR, I swear to Buddha that the best training I ever received for dealing with deranged mental patients and general drunks and retards in the ER was not delivered in nursing school, it was the two years I worked behind a retail gun store counter dealing with some of the stupidest and craziest people on the planet.

But if I'd been behind the counter instead, I'm pretty sure I'd have sold him the lower, and then told him to come pick it up in 10 days.

A year of running a small home based gun shop during the pandemic has convinced me that while I think everyone has the right to own a firearm, many people lack the basic common sense to own one.

The entire concept of an 80% lower is in response to unconstitutional "laws." It's understandable that people get confused.

Don’t worry they’ll turn them in anyway. Toooo much to loooose.

And then make him wait 10 days to get the jig to finish the build.

Tamara Keel has many such war stories of dealing with Cletus, Bubba, and Billy Joe Bob from behind the glass showcase. It would be a riot to share a brew with you two.
I'll never forget her epic rant to piss off BOTH sides of the 1911 debate. She called it a "stone axe, to be maintained by minimally trained armorers, from a box of common parts made by everyone under the sun including the Singer sewing machine company." Nevertheless, she's a big fan of "Gods' own caliber" .45ACP, and celebrates the birthday of John Moses Browning every year.

After 40+ years as USMC Small Arms Repairman, custom gunmaker and general gunsmith, you wonder why I'm so sarcastic about the gun owners saving this nation?
The NRA was the worst thing that could have ever happened in the last 80 yrs, folks sent in their money and just assumed the NRA took over from there, fighting crime and anti-gun legislation so rampant in our Dem gov't. They never figured out the NRA was fleecing them and padding their own pockets, and now it's down to Bubba fighting for his own rights, and life from an F Troop raid.
It's down to each man and his own foxhole. And summa them foxholes are a bit shallow.

And I am positive you would have been there in ten days. Snort.
As for the Californicates that move here where I am, they usually do it for work and not the ambience. Then they proceed to instruct us in how they did it were they came from as if we GAF. Every year when we get our neighborhood amenities (pool club and grounds) going, I like to regal the less traveled of my neighbors with my Prop 65 stories.
Regards the Wuflu, how aree the street people doing with it.

Well, my Gen 3 jig is awesome! But, you definitely need experience with routers. They advertise "Drill, Mill and Build" but it does require certain skills.

this * might * be a good place to leave this link to legally armed america's petition? I dunno... seemed legit to me, but i don't consider myself to be the smartest person in THIS room...