And This Is Why You Can't Have Nice Things Color me shocked:
Not one single pussy engaged the questions asked, but they came out in droves - overwhelmingly anonymously - to once again strut, shit on the chess board, knock over the pieces, and claim they won, like every pigeon does.

I'm guessing when you're total chickenshits, and post anonymously, it's too hard to sign your shitpiles too, right?

Most of you brave anonymous keyboard chickenshits, despite being old enough to know better, are all the 16-year-olds with a car full of friends, a trunk full of beer, and sure that your parents are just over-protective bastards who secretly just don't want you to have any fun. And exactly like anyone with the part of their brain where common sense and maturity reside not yet grown in, you won't believe the experience of other places that tried doing things your way, until two of your friends are dead, one of them is paralyzed for life, and they're sewing your girlfriend's face back on in the bed across from yours. And you're the drunk guy yelling that you "feel fine", with bones sticking out of you in three places.

You don't read, you can't comprehend anything with multi-syllabic words, and you can't even get your shit in one bag when you have your face mashed into a plateful of reality, because irrational denial is way more fun that sucking it up, and dealing with things as they are, and not as you wish they would be.

That will all end well.

If I squeezed all the comments to the previous post in a press, outside of a bare few, I doubt I could distill enough juice to make the common sense God gave a jackass.

You want to sow the wind, because you think you're never going to reap the whirlwind, and that you will magically be spared what no one else on the planet has been, and will grasp at any straw, no matter how recockulous, to ward off anyone else telling you you're headed for the cliff, at 90MPH, blindfolded, and BTW, your brakes are out.


Like, oh, just about everyone on the internet, the experiment in tolerance lasted about a day.
Hope today's unmitigated dumbass-gasm was worth it.
You're done here.
But let me help you out with all you'll ever contribute to the discussion, and all the brainpower you can muster on the topic:

Your replies, everyday, until it bites you in the ass personally: 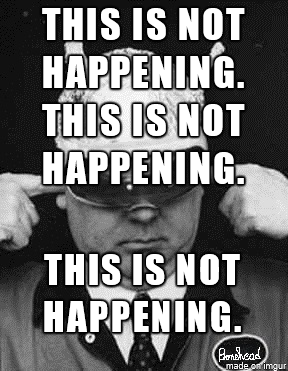 I didn't realize until now that the troll-stream dropped here today was more or less directed from comments at WRSA.
Nonetheless, comments are gone. "Hell Freezes Over" is the forecast this time.
Life is too short for me to waste the time to mine the diamonds out of the mountains of pig shit. I'd rather have 5 viewers a day here, than ever again deal with such an endless conga-line of absolute retards.
Don't like it?
Blogs are free on blogger.
Write your own, and see if anyone reads what you have to say.
Bummer for the hard-core trolls: you'll have to register some sort of real-life contact with Google.
Too hard?
Go back to mommy's basement, and stay on the porch with the little dogs.
Posted by Aesop at 5:25 PM

Labels: Arguing With Retards On The Internet, Assclowns, Best Wishes

"Groundhog Day", one of my favorite movies.