New Dark Ages vs. The Light Of Knowledge 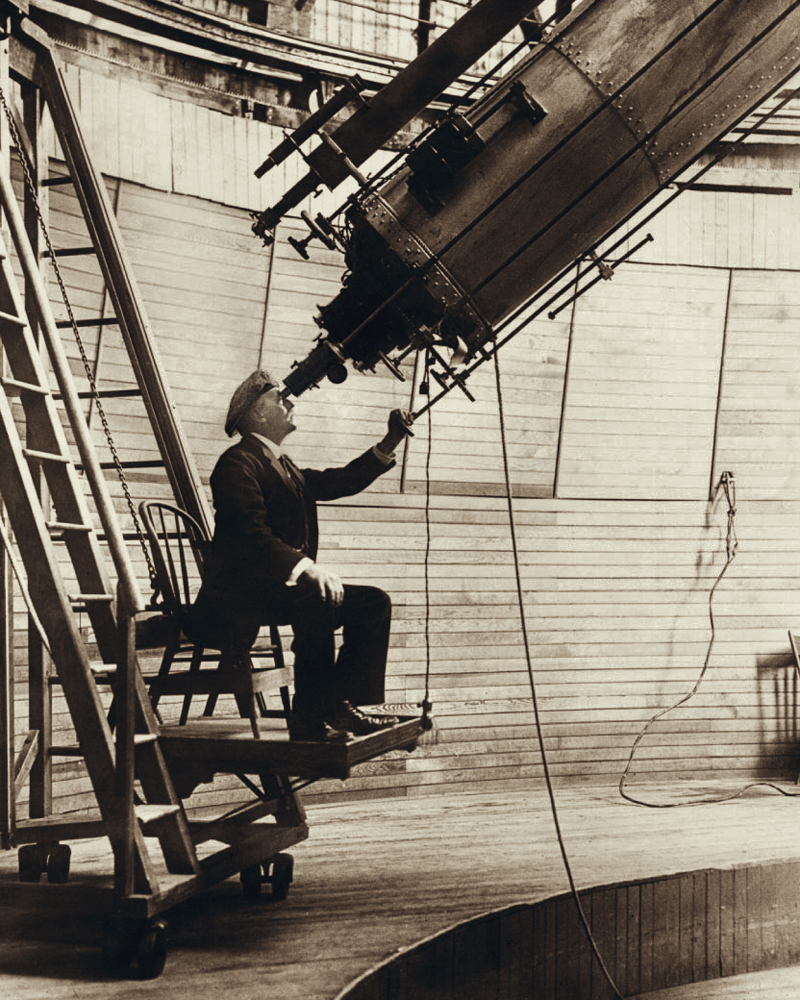 Over at Borepatch's blog, he mentions additional evidence to overturn the beloved Big Bang Theory, which has people who've embraced it lifelong in what is best described as panic.

Too late, I say. The New Dark Ages have already started. We've been in a Post-Scientific Age for decades, if not nearly a couple of centuries. I've mentioned this before, because I'm not the only one who's noticed it.

The only trouble with describing a New Dark Ages is that one must necessarily place the advent in the past tense. Probably somewhere around the mid 1800s.

It's a sloppy border, not a hard demarcation, but while some of the harder sciences proceeded fairly normally to the current moment, the philosophical and theoretical underpinnings regressed hard over a century and a half ago, and many of the popular explainers were promulgating the exact superstition-filled world they claimed to be leading us out of. Color me shocked.

They merely traded their own biases and fears for those of the medieval monks, and they've spent entire careers, not shining a light on darkness, but throwing buckets of water on any unorthodox candles they find offensive.

That's "scientific consensus" in a nutshell, and such dictatorial groupthink - the hallmark of tyranny and socialism in every other realm - has ever been the nemesis of actual discovery.

The only thing that makes it even partly fair over time is that some things can't be shouted down, because the entire body of evidence shouts back against them.

Science is a team sport; Discovery is one man stepping forward onto the pinnacle and saying "A-Ha!"

Thus true science is always and necessarily Show and Tell.

There's no Tell without the Show. And anyone who says "Trust the science" isn't a scientist, he's a used-car salesman, trying to get you to buy the sizzle, without providing any steak.

Everyone's job, as a proper consumer of the product, should be shouting back at those charlatans, "Where's the beef?"

False prophets, upon discovery as such, used to be stoned to death. It's a penalty that needs to be revived.

Hivemind groupthink "I am the science" or you're with us or else always results in Dark Ages.
This is a feature and not a bug to the Long March termites.

Out of curiosity, if we are in fact in a New Dark Age, do you think Darwin began it, or was he merely indicative of a broader problem?

We're in the Age of Disenlightenment.

While the philosophical underpinnings were there before, the official start of the new Dark Age would probably have to be the First World War.

"additional evidence to overturn the beloved Big Bang Theory, which has people who've embraced it lifelong in what is best described as panic"

I talked to a physicist of my acquaintance about this. (Long and trusted acquaintance. I took a total of one summer class from him one year but have found him to be always the best and clearest explainer of any such topic. Also he taught me how to use a lathe for metalworking.) His response was to shake his head angrily and start cursing journalists who don't know what the hell they're talking about and are printing statements that are totally wrong and don't understand what the evidence is actually indicating and drawing totally wrong conclusions on the basis of overly loud and forceful assertions from a few crackpots who are cherry-picking things to construct a completely false impression. Also, that the Big Bang is not by any means invalidated, and nobody is panicking about it.

For whatever that's worth.

Thanks for staying on the case, Aesop...

I understand that Newsom has just signed a law that says medical practitioners who don't agree with the current group think can lose their licenses.

So basically freezing knowledge at the current status quo. If he'd been around a few hundred years ago, we'd still be using leeches and blood-letting.

The dark ages always begin right after a new government is created since forever. Little by little the sociopathic types enter and begin their march through the institutions to benefit themselves till it accelerates to the culminations end.

That's why Franklin said if you can keep it. He was a wise man.

I've seen, here and there, now and again, that WWI was the End of An Age.. but it seems that was merely when the message finally got through. And was then oft ignored.

@T-Rav,
Darwin was looking for a way to get back at God.

Scientific inquiry was begun as a means to explore he mysteries of Creation, but beginning with Darwin, it begin to be a means to explain Creation didn't happen. Sheer unbridled hubris coupled with a breathtaking arrogance, and a total failure to admit how much he didn't know about how much he didn't know, springing primarily from his personal inability to deal with the vicissitudes of life in the 19th century.

He was a creature of his times, and found a wide audience for the sentiment.

the current status quo is about to be dropped on its head. It's bullshit, it's always been bullshit, and now folks are seeing the naked emperor - and once see , they can't unsee it. Get your rope ready...
Original Grandpa

It is worth mentioning that Eric Learner is doing a fusion power start-up as well.

I would say the reality test of science is if it results in demonstrable engineering.

Cosmology is really quite droll. We're still limited to this one planet.

But, its not like we have to figure this stuff out tomorrow, or even next year. Give it a couple of centuries (when we're spread out through out the solar system O'neill L-5 style) or a few millennia (when we're out an about the Orion Arm) and we'll be able to come up with a real theory of cosmology.

Science still has the capacity to do that, but most science today . . . isn't. It's so political that it would make Stalin blush.

You have an engineering for 40 years now?
But you can't understand what I'm talking about?
Hmmm.