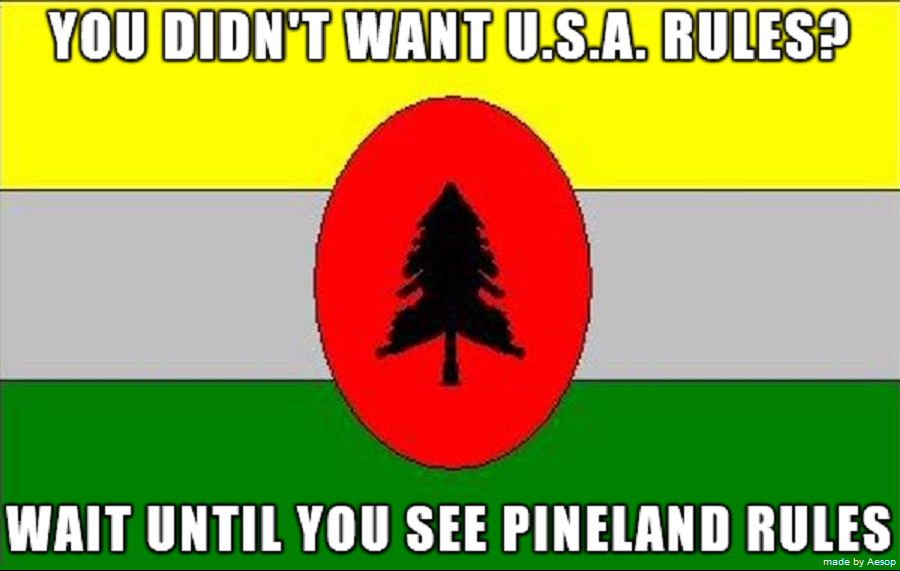 The Leftardians are doing everything they can to incite (and like J6, will foment one out of whole cloth if necessary) a civil war.

If they do try and kick off the Great Boogaloo, the next election worthy of that name will likely be free and fair.

Unfortunately, it's likely to be in about 10-20 years.

2 snipers tied up DC for a month.

2 @$$holes with pot bombs and pistols tied Boston in a knot.

1 lunatic on the loose had Califrutopia shooting at anything moving for a week.

So, half the country declared to be terrorists, and "a threat to democracy"?

The half that didn't vote for them??

Ignoring the fact that this is a republic, and threatening dumbocracy is a feature, not a bug, watching these jackholes try and jumpstart Pineland Rules in 50 states is going to be a biblically epic miscalculation. 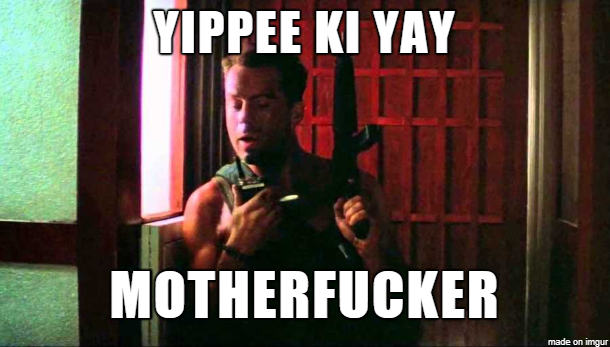 Google the VC population after Tet for a hint. 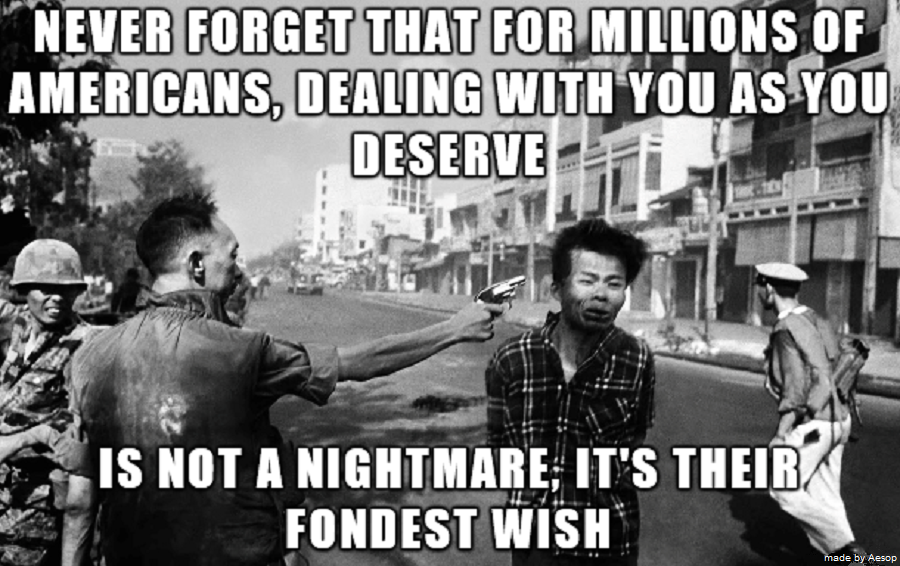 The last time someone tried something this epically stupid, Custer was in command. 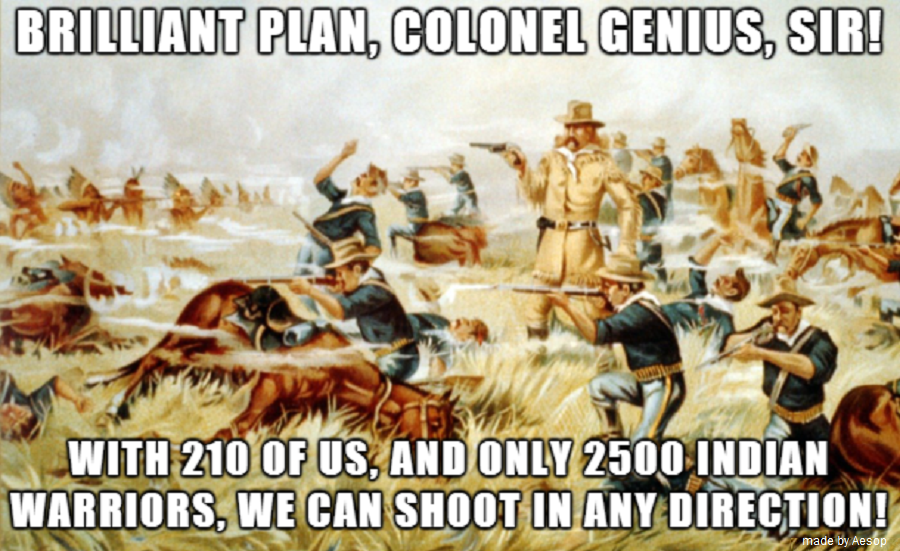 Call that toss in the air, dipsh*ts. 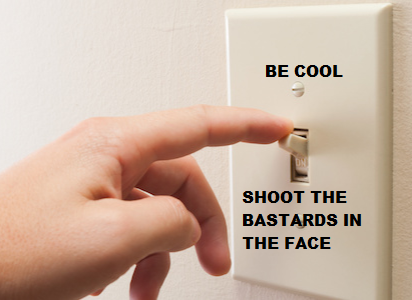 I'm Aesop, and I approved this message. 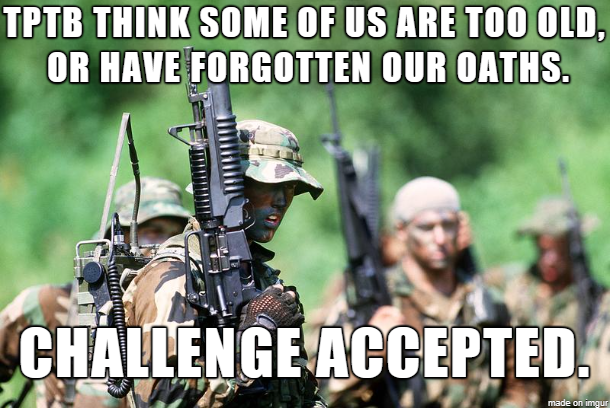 And how would I e-mail you?
If you send it, it won't be posted.

And here's the opposition...

I don't understand why this keeps getting repeated. It is not at all what he said. He said that people wanting to fight the government would need F-15s, not that F-15s would be used against people wanting to fight the government. You can disagree with both statements easily enough but they are not at all the same thing. And it doesn't matter if you're pretty sure the second one is what he thinks, it's still not what he said, and saying that he said it is a lie.

Reacting to something the other side neither said nor did is a great way to end up in J6 soiltary.

Independence Day 2.0. Coming soon to a country near you.

Regarding the Pineland Rules meme, what's its background? I like the memes, I just dont always know the history on them or know the best place to learn more. I found some general references to it being a mil op down in NC but nothing beyond surface level.

Google "Robin Sage". It's the name of one of the Army Special Forces live exercise held in NC. Pineland is the mythical country in the exercise. Gray Fox

Pineland is the notional country in Exercise Robin Sage seized by communists and fighting for its freedom.
"Pineland Rules" means every trick in the Special Forces Handbook is in play, both ways, 24/7/365.
And you're going to get that³, 0.2 seconds after FedGov decides to rule by brute force and police-state intimidation rather than consent of the governed.
They're going to run out of police for their police state in about three volleys.
And then it gets brutal.

but with AR-15s, and napalm molotovs.
And that's just Monday.

Ask the Afgans if they are afraid of Migs or F-15s. Individually? Sure. As a group? No. They kicked both the Russians AND us out with not much more than rifles. (At least starting out)

And if it were up to me to decide, I would carpet nuke their entire misbegotten country until it glowed in the dark for 50,000 years. I would gladly go complete Carthago Delenda Est on them. Nothing grows. Nothing lives.

But I RESPECT them.

And that's the mistake the Globalists are making. They not only hate us, but they do not RESPECT us.

In the end, they will learn respect.

By the end, I will gladly accept hatred from the handful of them that will be left. But I will expect RESPECT.

Thank you for the Pineland info. Looks awful in every sense. Pray it doesn't happen. In the meantime, deer archery season is starting up this weekend in KY. Good 5 month long opportunity to refresh the stealth, observation, and tracking skills, among others. Thanks for your blog and your insights.

Rollory, it was SWALWELL who said it.
LIKELY after some time with Fangfang..

Try this one instead. It's the one my friend uses.
https://www.youtube.com/watch?v=63Kq0lwYu2o

Doz spent 15ish years as the librarian at Bragg at the USSF schoolhouse.

Awful is a relative term. It could as easily be described as dulce et decorum est, depending on the recipients of any given favor.
"Worms gotta eat. Buzzards too." - William Munny

Here's another video regarding Robin Sage.