Half Right, And All Wrong

Now, stop playing checkers, and think for five seconds about what happens after that.

How did Balkanization work out in 1776?

How did it work out for the Balkans themselves in 1939?

Even the stupidest slow learner ought to be able to buy a clue here. 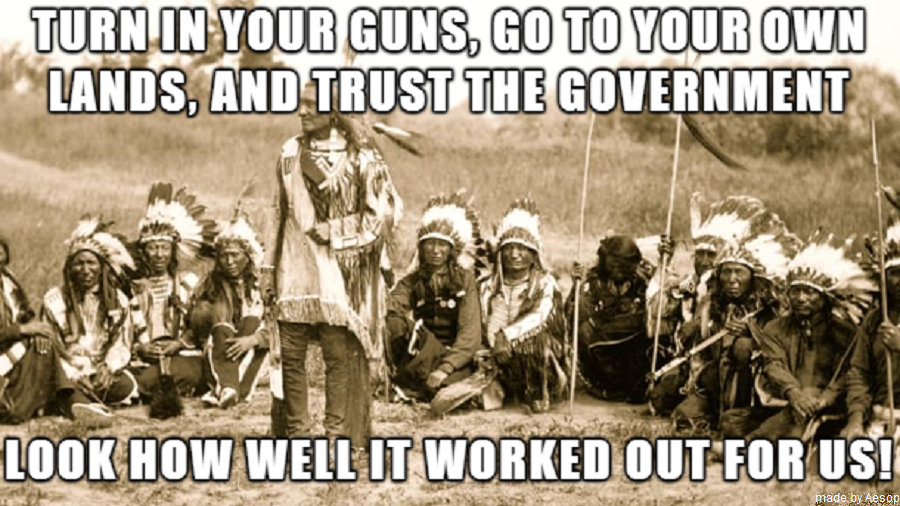 To work (assuming it ever can, which I think is a fool's errand, but we'll grant it arguendo for the moment), all parties have to be willing to accept the status quo.

So, the US is balkanizing into mutually incompatible camps. That's just an early symptom, not an endpoint.

Who sees the insufferable Karen Leftarded statists, after all the rhetoric of just the last two years, let alone every waking moment since the 1920s, as sitting still to watch their own blue hives descend to being the local Trashcanistan or Shitholia (many of them are there already), while watching those damned red-state knuckledraggers enjoy peace, prosperity, safety, and happiness, and leaving them the hell alone, while Karen's minions are unable to hijack and deprive them of the smallest sliver of it?

Did they leave you alone and mind their own business during COVID? Did they accept abortion and gay marriage when they won those victories in court, and STFU and just live their lives?

Go look at LawDog's Cake Analogy in case you're not familiar.

Here's what it looks like  a couple of years later.

If you're really fortunate, you might balkanize an entire county to yourself. Personally, I think you'll be lucky to have so much as an entire like-minded city block or full section of land, come the day, before the next phase starts in earnest. And probably not even that.

That's how it works. First come the Blood And Honor segregation laws, then Kristallnacht, then Auschwitz. Pebble drop, splash, ripples.

You cannot suspend gravity (nor will you), and you won't balkanize, and chill out. It's simply not going to happen, by and large, for 99% of anyone.

And it won't matter if the Rs take the Congress 535 to 0, impeach this entire misbegotten banana republic fraudulent administration, and recognized Trump as the correct president. At best, that'd buy you a paltry few months of relative respite. At worst, it would detonate the bomb in everyone's face right then. So forget tearing around third base and sliding safe at home.

You're still going to have to shoot sumbitches in the face, long past the point you're sick of it, and they still won't leave you alone, not ever, until there aren't any of them left. Look at what happened in Rhodesia. Look at what's going on in South Africa. Look at Israel. You can't build the fences high enough to make people who want to kill you stop trying. And there's no where left to run. You'll have to hunt them down and exterminate them to bring that happy moment to fruition. Waiting for the knock at the door is planning to fail.

Balkanization is just jumping out of the plane.

What happens after that depends on how well you've trained and equipped yourself, and whether or not you pull the ripcord.

Don't kid yourself that you're just going to jump out and hover in space, suspended blissfully between heaven and earth. Gravity works. And for the careless, it leaves a mark. The crowd that clamors for Balkanization/secession are usually the ones who think retreats and unilateral concessions count as victories (Dunkirk Syndrome?). They also tend to have a collectivist-lite mindset that hates communism but is totally willing to sell everyone else under the rug in exchange for pinky promises.

The right attitude is like you said above: the left have no right nor claim to an inch of American soil, and they can be the ever-retreating vagabonds if they want war. We the forces of light will only accept immediate and unconditional surrenders.

And if they want to play the Reconstruction-era KKK insurgency game, we’ll play the D.P. Upham game times Judges 19-21.

A thought popped in my head recently. The comparison pics on trump and bidet's rally people thought the normal thoughts. What I now see on both sides is just more people "waiting on goobermint to do something about the issues". Not a good thing.

Hard and important words, once more Aesop.
There truly is nowhere to run; once upon a time we were the place smart, foresighted people ran to in say the 1930's from Europe. We are indeed the last best ...
Il Ne Passarant Pas.
Boat Guy

@anonymous: Total agreement as to any kind of secession. Besides the fact that the leftist enemies are in every city and county, why should they be rewarded with even so much as one square foot of American territory?

I am reminded of the year of our Lord 1565 when some 60,000 Muslims under Suiliman the Great, after waging war and besieging the Knights of the Order of St John at Malta for six months, made the Knights an offer. The offer was basically, just surrender, leave Malta to us, and we will let you all live, and you can just get in your ships and sail away.

The Knights actual numbers were roughly about 500, almost all of whom were wounded by this point in time. Their squires, pages, assistants, and various support personnel numbered no more than about 3000, give or take. Their fortress was all but destroyed at this point. They were low on everything - ammo, cannon, food, you name it. No one would have faulted them for ceding Malta to the muzzies and bugging out.

From their shattered ramparts, they gave the Muslims their amswer : "We are willing to cede to you the narrow strip of land directly below our walls.......provided that you continue to constantly fill it with the bodies of your Jannissaries."

In the epic final battle that took place the very next day, the Knights won, the muzzies withdrew, and Sulieman the Great became Suiliman the Lesser, and lesser, and lesser.....and his empire along with him.

Ladies and gentlemen, THAT is the kind of spirit and courage that will be required in the approaching festivities of anyone who intends to hold on to any significant amount of our currently enjoyed freedoms. Where and how best to go about it is the decision that each one must make individually. But one way or another, literally or figuratively (or perhaps both), what is coming is coming to everyone's doorstep. No one will be left out of it. So remember the spirit of those Knights of Malta. Concede NOTHING to Communists.

Sometimes you're full of shit and sometimes, like now, you couldn't be more dead on the money. Anyone smoking Hopium about the midterms is out of their fookin' mind.

On the other side of any change, no matter who is still standing, will be a river of blood & mountains of skulls.