Veteran's Thoughts, On The Day 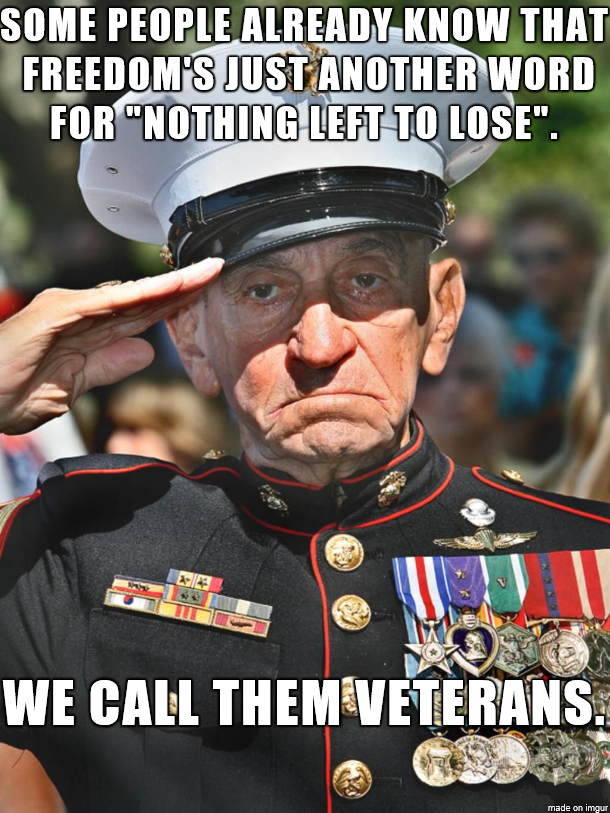 Counting votes is not my problem.
Nor tallying electors.
Neither is counting noses at SCOTUS.
I'm counting bullets.
Magazines.
Cans of food.
Boxes of medical supplies.
Bags of specie.
And so on.
I voted at the polling place.
That was over more than a week ago.
If I have to ratify my vote, it will likely be from behind sandbags, or on rooftops.
I'm hoping really hard not to have to, but I've watched this bunch of @$$clowns we call a government my entire adult life, and they never miss an opportunity to miss an opportunity. And the only thing they fail at, at a perfect flawless 100% rate, is to not f##k things up worse after they get into it than it was before they finger-banged it.
At the moment, I'm Errol Flynn throwing the dead deer on Prince Biden's feasting table at Nottingham Castle.
How the rest of the dinner conversation goes remains to be seen.
Know this well: if you didn't vote for the Hidin'/Kneepads ticket, you've already been sized for your coffin since long ago.
So, I ask you: does it really make a helluva lot of difference if you end up on a wanted poster between now, and when they slip you into it?
Or, as my older brother's generation put it, from various enclaves outside Da Nang: 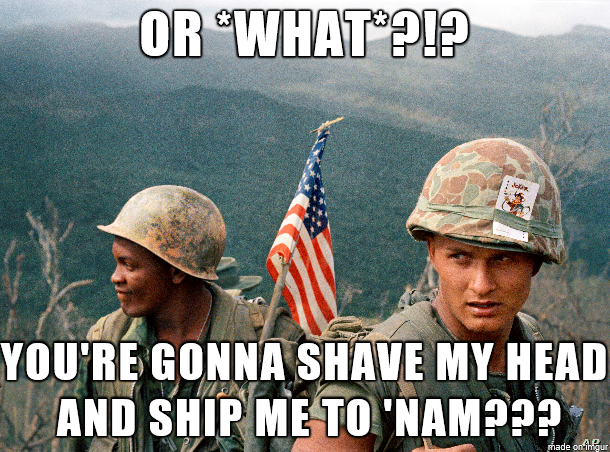 Happy Veteran's Day.
Posted by Aesop at 3:02 AM

Thank you for that.

Happy returns of the day Brother.

And especially to our Brothers and Sisters still holding the line. Get it done and get home!