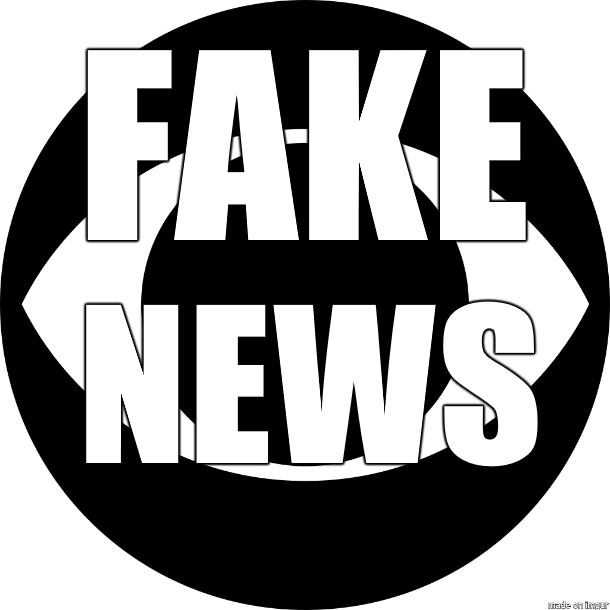 A careful perusal of the Constitution has revealed that the power to declare the victor in a presidential election has been relegated to anti-American news networks in exactly zero cases, going back to...oh, wait,
...EVER.
Nice try, SeeBS, but no cigar.
While you're up, you can tell the rest of  the gang at ABCNNBCBS not to waste their time.
"Calling" a presidential election, where obvious fraud is apparent from satellites in space, when every state in contention is being referred to federal court, is reckless and irresponsible.
Which last two words, it should go without saying, have been the motto and corporate policy in all media nationwide since at least 2015.
You attention-whore Democratic shills, pining to be the story rather than merely telling the story, have all been fake news for decades, and you didn't graduate to "legitimate" today just because you cheered on rampant election stealing in broad daylight.
But by taking a partisan side non-stop for the last four years, at least, you're forever forfeited any claim to any shred of independent observer status, and now number among the ranks of the combatants - and we mean that in a Geneva Convention sort of way, lest you be in any doubt whatsoever - by your own choices, ratified over and over, time and time again, beyond number. There are iron-hard consequences to that. Some of them are rhetorical. Some of them, rest assured, will be corporeal. In a neck-rope-handy tree sort of way, and likely sooner than later. Mark my words.
Don't gasp, look shocked, nor clutch your pearls. You shilled and pimped for a banana republic here in the U.S. for a generation and more. Now you've almost got one within your grasp. Consult your colleagues in the same field working in actual ones, from Tijuana to Tierra del Fuego, and ask them about life expectancies in your career field under the sort of conditions you've cheerfully set in motion here. When you reap what you've sown, expect a full zero f##ks will be given by anyone else about what happens to you. No small number will think it too lenient, too little, and too late, if you only end up hanging, headless, from overpasses. Most of you will think it a mercy if it's only pliers and blowtorches, and getting medieval on your @$$#$. And with any luck, social media will record the video for posterity, so you can finally achieve the center stage you sought so hard, and for so long. And for bonus points, probably half of that will be dealt out by the communists you've empowered. Win-win, right?
So your total frothing complicity, and indeed active and full-throated abettance of, this monstrous grand theft is noted. The American people have a memory like an elephant. And a sense of justice and fair play about as subtle as a guillotine. You'd all best set your affairs in order. It's going to be a long, cold winter. And most of you won't live to see the sun come out again in your lifetime.
Besides, it isn't like your ilk have never done this sort of thing before, and bungled the call. 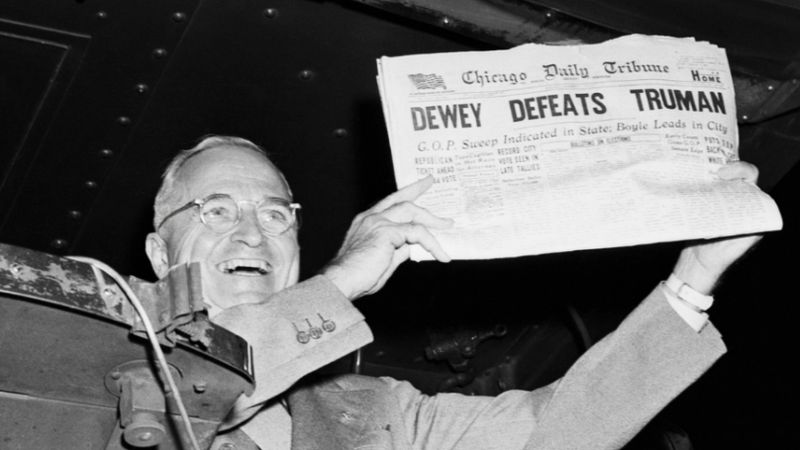 For this trick, all the outlets that ran with this fakke story should be sued if in print or have their broadcast licenses yanked by the FCC if on TV or radio.

The fat lady hasn't sung yet, but the MSM is busy conditioning everyone to believe that Biden has already won. If the MSM is wrong about this, the 2016 whining about a stolen election will be nothing in comparison to this go-round.

Shakespeare picked the wrong gang for his "first thing we do" quote.

Thanks for the Truman pic. I'm stealing that one.

Rush Limbaugh predicted exactly this scenario. He said they were waiting for Fox to run first with it, and then they all fell in line in a matter of minutes. Coordinated sedition.

Look what happened to Julius Stretcher! And he was a legitimate journalist!