"This business will get out of control,
and we'll be lucky to live through it."
On current course and speed, if the courts don't get a handle on the rampant fuckery going on -- and right effing NOW! -- I figure we're on trajectory for weapons-free before year's end.
And there's always someone ready to jump even that conservative an estimate.
If sanity breaks out, and law and justice rule, well and good. But it's looking bad for that side just yet.
I don't see a Basket Of Deplorables just rolling over and watching impotently as a handful of states attempt to ham-fistedly swing an election fraudulently, dumping single-office ballots by the bushel into the counting hoppers, thinking the rest of the country swallows that mountain of bullshit in one gulp.
Not. F##king. Happening.
And if the media continues like they've done for 4 years, to play one side favorites, pretend everything is fine, and gaslighting corruption so obvious Stevie Wonder can see it ("Vote fraud. Whatever do you mean? I see no vote fraud here. If the people don't like sh*t sandwiches, let them eat cake."), they're going to be the first and easiest target in every market in the country.
Followed, in short order, by anyone sticking up for them, or trying to tamp it down. 99-1 the military sits this out, and 80-20 most PDs do as well (less those that join the revolution outright), come the day.  I predict wisdespread Blue Flu if violence breaks out in cities like DC, Philly, Portland, et al.  The alternative is for 1% of the country (and most likely, far less) to hold up their hand to attempt to halt a speeding freight train. And even the police in Berzerkely know, you can't collect your pension if you're dead. That's always the problem with depending on mercenaries, and the only hold the Left has on most people in law enforcement is paychecks.
If the Antifatards come out of hiding, the violence prospects, and body count, goes up by orders of magnitude.
Biden and Harris will be lucky to see free sunshine this lifetime, and the only way they're getting sworn in, at this point, is in exile, from Venezuela. 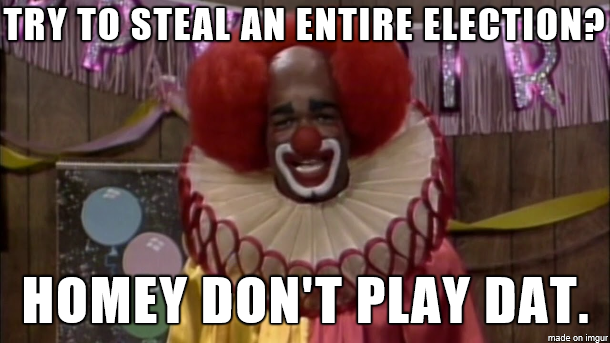 A violent civil war to the death between competing ideologies in this country is the last thing I want:
but it's still  on the list!
The courts are down to about a New York Minute to return things to status quo ante, and prosecutors had better start rounding up election fraud conspirators in vanloads right quick.
Failing that, the soap box, ballot box, and jury box will have failed, and the Left coined the phrase, "By Any Means Necessary". So be it. Call that toss in the air, kids.
So if they intend to attempt to carry this farce through as if it isn't happening, I'm not going to sit here, watch the country thrown to the lions, and resolve merely to taste bad.
The Other Side, human frailty or not, is going to find out what blood tastes like in their own mouths, and we're going to see in living color what "enemies foreign and domestic" looks like when played out in 3D reality.
The made their grave when they resolved to steal an election, and a country, outright, in an election they knew they'd lose, narrowly (and did).
If they want forgiveness, that comes from God.
It may be time to start booking their travel plans for the meeting, and I for one will be more than happy to cancel as many tickets on that ride as humanly possible, as long as I have strength. 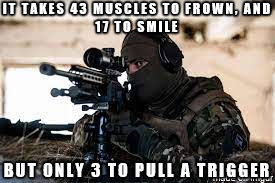 Amongst many videos & reports of disgusting immoral fraud, got this one today: "Here is a video that was taken in Delaware county PENNSYLVANIA at camera number 7. This woman is filling out ballots for Biden in full view of fellow traitors: https://www.armstrongeconomics.com/international-news/politics/the-is-really-the-most-corrupt-election-in-american-history-democracy-ends-where-it-began/?utm_source=Newsletter&utm_medium=Email&utm_campaign=RSS

All the right ever does is debate, debate, and complain.

While I hope you are right that the mundanes will not accept this, I'm fairly certain that the non-collectivist battle-cry will be their traditional "Let fly the white flag of war!"

Amen, brother. By the Lord's grace, we meet on the other side of things.

History May Have to repeat... Thomas Jefferson Letter quotes

"The British ministry have so long hired their gazetteers to repeat and model into every form lies about our being in anarchy, that the world has at length believed them, the English nation has believed them, the ministers themselves have come to believe them, and what is more wonderful, we have believed them ourselves"

"And what country can preserve it’s liberties if their rulers are not warned from time to time that their people preserve the spirit of resistance? "

What you going to believe? What they tell you or your own lying eyes? The truth or facts will never make the evening news so few will hear it. Those that do hear and pass on will be slandered and vilified. All I can say is prepare to stand and deliver.