So, You Want To Steal Elections? 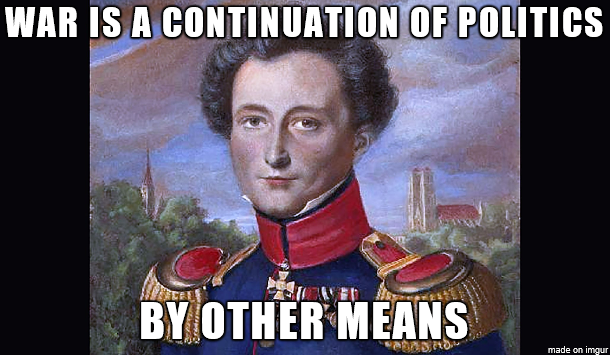 If the courts fumble this (and they're the last hope before bullets start flying, unless any of you plan on surrendering, and resolve to taste bad when thrown to the lions), you're going to see the Right do some serious politicking, and you're going to find out precisely what those "other means" look like. In living color.
And let's don't have any yappy little bitches, nor the Leftards who set The Big Steal in motion, start yipping and pissing themselves about "destroying the republic". That was a fait accompli when all those phony ballots started getting dumped into the hoppers.
That was the Rubicon, and they plunged into it, and across, long since. The last vestige of the republic was strangled on November 4th, in its sleep.
They're going to find out what happens next. It will not be a peaceful transition of power. Ask Caesar and Brutus and Mark Antony how that worked out for them personally.
I leave our would-be communist overlords at the DNC to ponder their ultimate fate, in light of those famous last words of the Ceauçescus one fine sunny day: 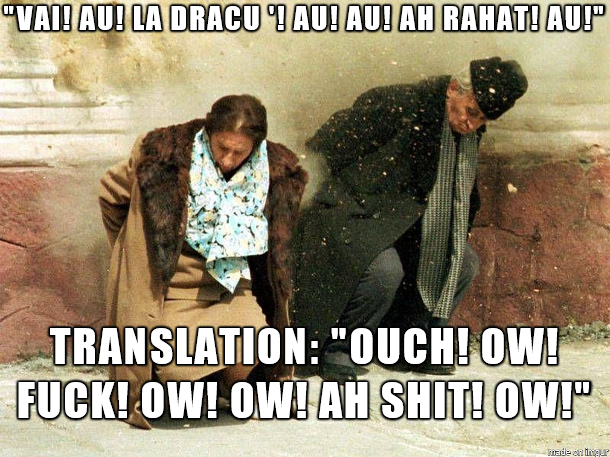 {Update: With Dominion executives ducking hearings with PA representatives, and Cobb County GA officials shredding ballots ahead of a statewide audit and multiple court cases, I think it's pretty clear that the individuals and groups responsible have made their choice, and want to see whether or not they'll be stood up against a wall.
I'm prejudiced, but I think we should totally accommodate their wishes on that. ASAP.}
Posted by Aesop at 11:04 AM

My predictions, with percentages. For the near future(2-4 yrs)

#3. Vodka Nancy gets voted out as Speaker. 65%. The DNC moderates are rather pissed at her.

#4. Biden getting radical legislation pushed thru the House. 35% Will depend on who is Speaker. Thru the Senate, 10%.

#7. Chances of state prosecutions for election & voter fraud.......difficult to call, will depend on the political makeup of the various states.

You may be right, but if people will stand still for total obvious election fraud, to the point of letting the loser be sworn in a president, then there isn't much of a country left in the first place, is there?

America, at that point, is dead.

IDGAF what they call whatever follows.

The Nine Nations of North America, and the Republic of Texas.

Regardless of what happens in January, I think I'll be carrying a Republic of Texas passport within 10 years.

The blatant in-your-face cheating and the smug 'you're gonna take it and like it' attitude will end the Republic, sooner or later. The only questions are "when" and "how much blood".

We aren't united. We won't unite (absent a major outside threat like aliens attacking).

I know you want to fight to hold it together, you've said as much many times. But there isn't much to hold and there isn't any "together" now.

No, I don't want to preserve the corpse.

I want it replaced by the original intention, and I'm not willing to cede one square foot of property to those of opposing minds, and communist bents.

Communism always tries to take its half, then go after subverting the whole thing.

I'm at the point of culling the problem children once and for all, to whatever numbers necessary to end the problem in perpetuity.

"There's nothing wrong with shooting - as long as the right people get shot." - Inspector H. Calahan, SFPD

Anyone on the offending side who wants to limit the body count should begin by turning themselves in for treason, including a full allocution, for which we should graciously award them LWOP instead of a rope, with the option of exile and permanent revocation of US citizenship, after 20 years' prison with exemplary conduct. The only acceptable destinations to go to would be China, Cuba, Venezuela, North Korea, or Vietnam. Otherwise, open the ball, and start thinning the herd.

Dominion Voting Systems was apparently AWOL from yesterday's Pennsylvania House State Government Committee meeting on voting machines and the election process, and may have "lawyered up".

I suspect President Trump will pull a Hat Trick and win this thing but if he doesn't?

Americans love their guns but are altogether too individualistic and frankly all hat and no cattle. They won't do anything without a lot of examples and martyrs. Anyone waiting around for the people to do anything is in for a long wait.

Now I always caution people not to do stupid illegal stuff , if this is as I think it is its on you and your conscience what happens next, not the other guy. You, not him.

Longer term, I agree with Nick. The US needs to separate into homogeneous polities , somewhere between nine and eleven should suffice.

Its been a goner since 1865, started the rocket train to hell in 1965 , sped up after the USSR fell and is rapidly achieving liftoff.

Too many different peoples, no common ideology and with all the immigrants, no common history. No matter the strength or desires of folks like our host, it can't be held together and more importantly shouldn't be.

The reason SO many people have been buying SO many guns is because they believe there are SO many people whe need killing, and they plan to get some of that done themselves.

That last bit said with ominous tone. Get ready, I feel a big one comming

Separating into separate entities is all well and good, but would this open things up to foreign intervention? Might the lefties in California need a Chinese army to help defend against the fascists? Getting a toehold on the continent for another army would take away our oceanic defenses.

I said months ago that if Biden is sworn in the shooting civil war will start within a year. Legislation will not be a proximate cause, it will be Federal overstep in regulation and enforcement.
A Biden administration will be filled with all the same sorts of radicals the Obama administration was.

The BATF is right now planning on going after pistol braces and 80% receivers.

All the radical environmental policies and racial polices from the Obama admin will come back.

FBI and DoJ will feel empowered to spy on, arrest, and imprison political dissidents they hate using all the levers of power available to them.

The southern border is going to get over run with migrant invaders, and Democrats are going to do everything they can to encourage more of them. Those invaders vote Democrat, remember, at a 70/30 ratio, even 3 generations after getting here.

In short, the radical left is going to use all the considerable power available to them in the Executive branch to get even with us, the people who for 4 years denied them what they think is their rightful ascendancy into total domination over us.

There are some people who are stunned at the idea that we might have a fraudulently elected president. I am in that category. Why? The idea that one of the last bastions against tyranny, the ballot box, is gone leaves Americans with few methods to redress their grievances. What are we supposed to do next time, vote harder?
But the idea that the presidency, the crown jewel of political power in the world can be sold is intolerable to many. Intolerable means simply that – cannot be tolerated. If the office can be openly stolen once, it can be openly stolen in the future.
At last count, over 60% of voters thought the election was rigged, which includes Leftists. Since they felt that Orange Man was literally the most evil and fascist person ever (rather than the mid-1990s moderate his policies showed him to be) cheating to Leftists is justified. The ends always justify the means to the Left. They’re happy the election was rigged. Now, they will reap what they have sown.