And here's the bill:

CHARLOTTESVILLE, Va. (AP) — A jury ordered 17 white nationalist leaders and organizations to pay more than $26 million in damages Tuesday over the violence that erupted during the deadly 2017 Unite the Right rally in Charlottesville in 2017.

After a nearly monthlong civil trial, the jury in U.S. District Court deadlocked on two key claims but found the white nationalists liable on four other claims in the lawsuit filed by nine people who suffered physical or emotional injuries during the two days of demonstrations.

We've told people, multiple times, not to play in the street. But they were soooooo much smarter than we were. Right up until the ambush was sprung, and the whole idea blew up in their faces.

And then they got played again, at the Capitol last January, just to drive the point well home. Nothing you seek to win is up for grabs there, and like this verdict, when the dust settles, you'll be eating a 20-foot-long party sub sh*t sandwich. Every last bite of it.

If you couldn't figure out better uses for $26M, you're definitely not bright enough for what's coming. There's a million things you should be doing, and not one single one of them is "go to a protest march". Which same haven't worked once, since ever.

Fill out any grievances below. 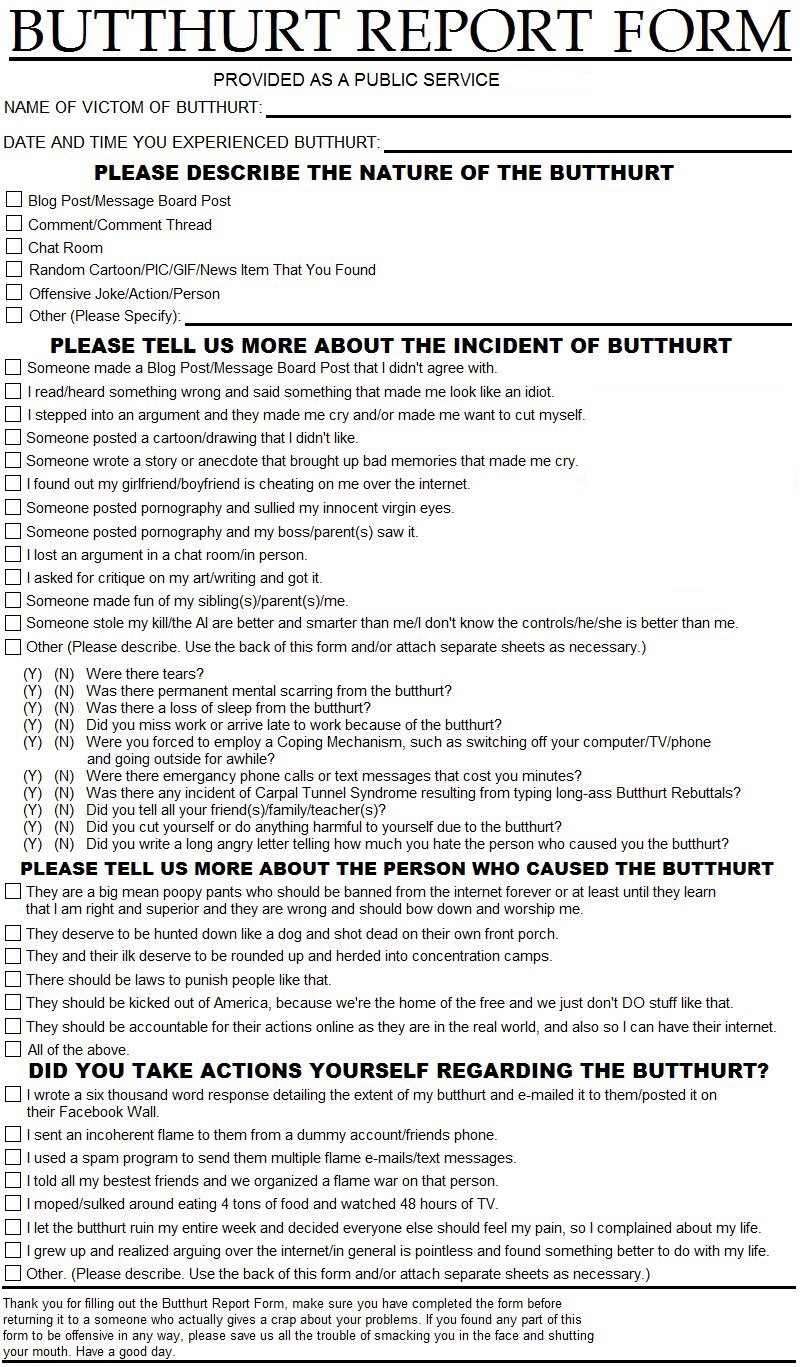 Then apply the included ointment to the affected area. Repeat as necessary.

Labels: Team Fucktard, tried to look away but can't unglue my eyes

Beating me is easy, collecting is a bitch. Hope they fall under this phrase.

All well and good. However, punitive damages are restricted in Virginia, I believe.
I've heard two things, one a $350,000 limit, or two 10X compensitory damages which in this case they awarded $1.

The other thing is they sued groups that have no money, I'm guessing.

So it's all a feel good thing. The only ones to get paid will be the lawyers, of course.

Whenever I hear people talk about protests changing things I ask them if they heard any thing about the March For Life. The anti-abortion march has been the largest march in multiple cities for decades yet nothing happens and there is almost no coverage. Coverage only happens when the PTB want something to happen.

So you missed the part of the story where this was a civil rights trial in federal court, where VA's limitations on verdict awards means exactly Jack, and Sh*t...?

Look on the bright side, now the jury doesn't get to complain when they get doxxed and
given a lesson on what a 'mostly peaceful protest' looks like from the victims' POV.

Sauce for the gander and all that.

Whether any of those people or groups have the money or not, they shouldn't pay a fucking dime.

Not in fiduciary instruments, anyway. They should be paying a different way...

The stated goal of the litigants in this case was to bankrupt the defendants. This is lawfare pure and simple in that the process is the penalty. There is no money to be had but I suspect there will be a lien on future earnings.

I completely agree with the original article, you will be railroaded if you fall afoul of TPTB. Either through criminal charges or civil proceedings as in this case.

They thought it was light at the end of the tunnel they were seeing. But instead it was the U.S.and A railroad on the 2021 schedule, Just in time to snuff out any hope of retirement in the future. What they ended up with is a lifetime of dodging wage garnishments trying to hold down low end minimum wage jobs and bank account attachments. Their only hope is to pray for inflation to go so high that million dollar notes are printed.. Then Wheel barrow their judgments into the clerks office.

This is victim blaming and nothing more. No different than if Kyle had been found guilty and someone felt inclined to write about how he should have stayed home (which is the prog narrative incidentally).
The fact is they were permitted to be there and have their rally (by court order) and the leftist scum were allowed to crash the party and cause the unrest. If anyone is guilty of anything it is the local .gov who failed to adequately protect the peaceable assemblage of the UtR crowd. This whole thing (like Jan. 6th) going sideways was easy to see but that doesn't make the participants wrong. Sitting behind your keyboard and typing away accomplishes nothing when it comes to resistance against FUSA and globohomo.
I always find it amusing when those who devote large portions of their time talking about how the .gov is coming to get you start talking shit about people the .gov came and got.

And, invariably people want to hold these protests deep behind enemy lines. Why hold a rally in Washington, D.C. when D.C. is 96%+ Leftist?

Large protests are, also, large crowds, and we all know what Remus taught us about those.

Bullshit flag thrown: no sale.
1) There were no victims in Charlottesville, only volunteers.
2) Kyle should have stayed his ass home, beyond any rational argument. He landed on his feet in the end, but he had to walk through Hell to get there.
3) TPTB were douchetards? Color me shocked! Who could have possibly pointed that drawback out beforehand, and suggested the very idea was asinine? (Other than dozens of us who did exactly that, for exactly that reason)
4) The participants didn't get sued, the organizers did. See #1, above.
5) And you're writing your brave anonymous missive from where, exactly?
6) I always find it amusing that people afraid to even own what they write on the internet can do nothing but gainsay the ridicule of people who play stupid games, and win stupid prizes, and think those idiots are the smart people. Maybe you should come out from behind the gray veil of anonymity, and write your own blog, and see if anyone cares what you have to say. Here, you're just a scratching post.

Right wing protesters are cargo-culting Leftist protesters. Leftist protests work because they are 'protesting' what those in power also believe, but need an excuse to implement. Someone above pointed out the Right to Life march that gets massive attendance; compare that to the Mizzou protests a few years ago. About 50 people protested and made demands which were met after massive media coverage. 50 people out of an enrollment of over 30,000... Conservatives had their usual whinge about how this shows all college students are libtards, even though it shows the opposite; only 1 in 600 protested.