Down. Forward. Up. PULL. Repeat. 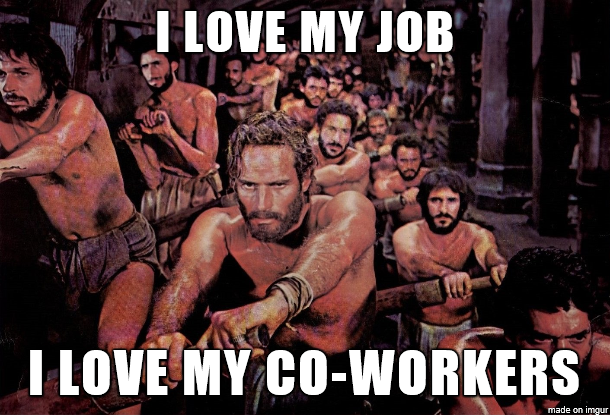 What makes Christmas presents happen, bigly?
This. Since ever.

Currently, the timekeeper is pounding out "Battle Speed!"
But so is the Paymaster.

Practicing capitalism the fun way is never having to say "insufficient funds".

And I'm frankly too busy to go panning through tons of the daily gravel of life for a paltry few gold flakes of outrage. Life's too short for that, anyways. Go play in the snow, walk in the woods, spend some time in an art museum, catch a flick, or work your way through the DVD pile or the stack of to-be-read books. Charge up your spiritual batteries with friends and family. You're gonna need that, as long as you're on this side of the grass.

FWIW, I think you're all getting a Christmas Season of relative nothingburgers, because come January, when the would-be generals of the Free Shit Army take over half of Congress, things are going to get non-stop crappy, in ways beyond counting. At least on the Idiot Box, if not so much in real life.

And then the season of outrage nuggets will be upon us, just laying on the ground ripe for the taking.

Just a hunch.
We'll soon see about that IRL.

Enjoy the holidays as much as you can.
The really bleak part of winter will be upon us soon, with nothing to look forward to after that but Spring.

Take a thought to your long-term plans, and take a personal inventory of the places where you're relying more on wishful thinking and not so much on actually having.
Nobody's strong always and everywhere. If you're feeling cranky, go drill some holes in paper targets. Or save a few bucks, get some snap caps, and do a few hundred rounds of dry firing every week. Or day. It only costs time. Or find that thin spot in your just-in-case lists, and fatten it up a layer or two, while it isn't critical nor expensive. Especially if that involves getting rid of a layer or two of winter fat around your middle. Humans are one species where it's always better to store your winter fat in the pantry, rather than in the pants.

Labels: Chained to an oar, enjoy the occasional pause, preparedness

Aesop, have a Merry Christmas and a blessed New Year. Thanks for the metric tons of entertainment and education this year. I pray ebola stops where it is. I wanted to be nice and not use your "tons" adjective.

Hoping your spiritual batteries get charged full as well and that you enjoy these holidays amongst people you value. We'll take your advice though I think we'll be shooting some plastic bottles "just for fun" ( can't be "training" if it's fun, can it?) as well as steel at distance.
Winter's a good time to be in front of the reloading press.
All the best Aesop, thanks for the good, bad and ugly in turn.
Boat Guy

Merry Christmas, Aesop.
Thank you for your valuable insights and wit over the past year.
Take a break and have some fun (everyone else does).
You never know when that'll run out.

I think a substantial portion of Americans are going to get a two-year lesson on "why you never give Democrats control of either house of Congress." (We already know why you don't give it to Republicans, either, but that's a different issue.)

There's a reasonably good chance most of us will survive the two years, but in what shape remains to be seen. It will be interesting.

Picking and choosing what you give others is not a bad way to spend money. I chose to purchase and send a water filtration system to my brother, who would likely never buy it for himself. Potable water is one of the most needed daily requirements, but most people never give it a 2nd thought - just turn the tap open and there it flows.

If nothing else, I tried to help make he and his son safe. How he chooses to use it is up to him.

Stupid presents, especially fads that you know will disappear quickly is wasted $$$ - I don't play that.

Hope you get re-charged Aesop. Your wit and wisdom is often read here, I hope that continues. Everybody needs a break and you deserve it.

Sound advice. Here's wishing Blessings on you and yours for the Holy Days and New Year.
Best Regards,
Red in OleVirginny

Merry Christmas and a Happy New Year to you all.
Recharge the batteries and kick back and enjoy some time with loved ones doing fun things together.