Remember these @$$clowns, doing the clean-up on Doctor Dickhead's digs after he went bowling? 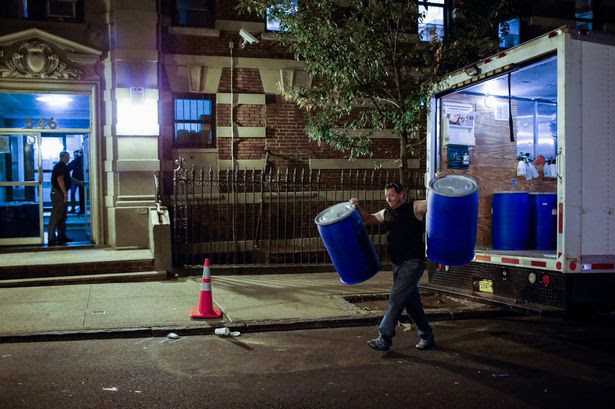 (Buzzfeed, via Fox News) New York City paid a con man who defrauded distressed homeowners out of millions of dollars during the housing crisis nearly $50,000 dollars to decontaminate the apartment of its first Ebola patient, BuzzFeed News is reporting.
The city awarded Sal Pane and his Bio-Recovery the emergency contract to disinfect Dr. Craig Spencer’s Harlem apartment after the physician was diagnosed with the deadly disease in October.
But Pane’s clean-up truck bore permit numbers that belonged to a dead man, Buzzfeed said Thursday in a lengthy report. The website said the dead man’s grieving sister was duped by Pane into selling him the truck and the company’s name.
The dead man, Ron Gospodarski, ran a reputable company that had years of experience cleaning up anthrax sites and other danger zones. Buzzfeed said its investigation showed that at the height of the Ebola scare in New York, Pane went on TV claiming that experience as his own.
“Twenty-seven years” of experience he told one radio station. “Not my first rodeo.”
Buzzfeed said that 27 years ago Pane was 4 years old.


In 2008, Pane ran a Long Island company that took upfront fees to obtain mortgage loan modifications for homeowners seeking to avoid foreclosure. He was sued by then-New York Attorney General Andrew Cuomo, who accused Pane of running off with fees without helping any homeowners. A judge ordered him to pay $12.5 million in fines and restitution to his victims. He’s only paid back $62,000.
Buzzfeed said Pane also did a nine-month stretch in prison three years ago after a jury on Long Island found him guilty of driving drunk and impersonating a prosecutor.
Pane’s contract with the city to clean Dr. Spencer’s Harlem apartment reportedly paid him and his company $48,000.
The city Health Department said it was unaware of Pane’s background but defended Bio-Recovery’s work.
Buzzfeed said in a brief phone interview Pane denied running Bio-Recovery.  He also told the website, “Enjoy your smear campaign."


$50K from the NYFC Health Department to a bunch of shmoes with a truck and some blue barrels.

So, the obvious follow-up question is where sociopath Pane took the stuff his henchmen removed from Doctor Dickhead's apartment, and what they did with it.

Splendiferous. If you thought pressure-washing the vomit was good, how about looting the doc's apartment, tossing the stuff in some vacant lot, and probably hocking the good stuff at local pawn shops, and then collecting a city check for burglary in plain sight?

I couldn't make this kind of stuff up if I tried. But I think I've seen it somewhere before... 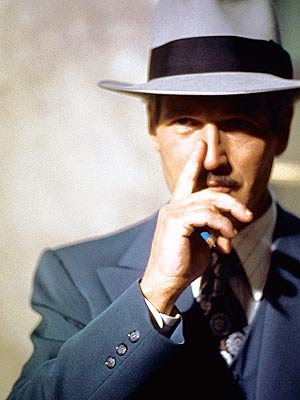 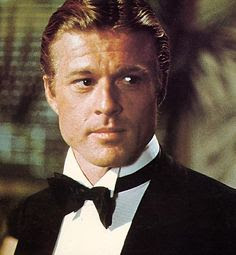 Or they can realize they never updated or practiced it, and just wing it. Sort of like sending Jorge and Manuel out to power wash the vomit off the sidewalk in Dallas. Just like every other American city will do. Because they are too stupid to learn from other's mistakes.

The irony of this is that a scumbag who deserved a lot of prison time for bilking people (and the public) out of funds has been exposed to Ebola. Cosmic justice, of a sort.

However, the joke is on us if there is actually any spread to anybody else besides this scumbag.

Or someone may have offered top $$$ for one of those blue barrels? In which case New York's counterterrorism plan may become a terrorism assistance program. That's not likely, but at this rate of expertise?

Liberian Laws Are A Secret Due To Copyright; Even The Gov't Doesn't Have Them

We've seen a few ridiculous cases whereby local governments claim copyright on a law, but it's still stunning to see what's going on in Liberia. Tom sends in the news that no one knows what the law covers in Liberia, because one man, leading a small group of lawyers, claims to hold the copyright on the laws of the country and won't share them unless people (or, rather, the government of Liberia) is willing to pay. Oh, and did we mention that the US government paid for some of this?

The story is a bit convoluted, but apparently, Liberia hasn't really had a full copy of its laws, as they were mixed and matched in "incomplete sets" throughout different libraries. A professor at Cornell had begun a (free) project to compile the country's laws, but after he died, a group of lawyers in Liberia took over the project -- and were given $400,000 by the US Justice Department. The lawyers then "numbered, bound, and indexed" all of the recent laws, and claim that because of that, they now own the copyright on it.

While perhaps copyright law is different in Liberia, most places have rejected "sweat of the brow" arguments for copyright. If you didn't create the actual content, you're not supposed to get the copyright. You don't get a copyright just for compiling the work of others without adding anything new. If this lawyer wanted to get paid for the work, he should have negotiated that upfront. Instead, he's holding the country's laws hostage, and asking for $150,000 to $360,000 to turn them over to the government.

What's really amazing is that this guy is currently serving as Liberia's justice minister. The work he did on the laws happened before that, and he claims that he'd give up the laws for free, but that the other lawyers he worked with will not.

Perhaps Liberia should just start from scratch and create all new laws, wiping out the value of these particular locked up laws.